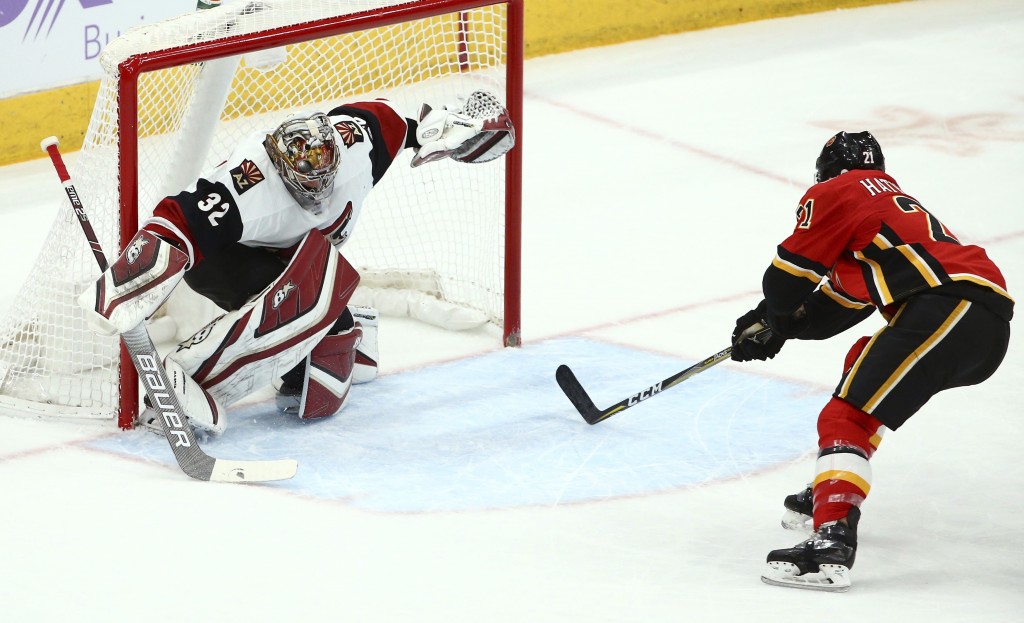 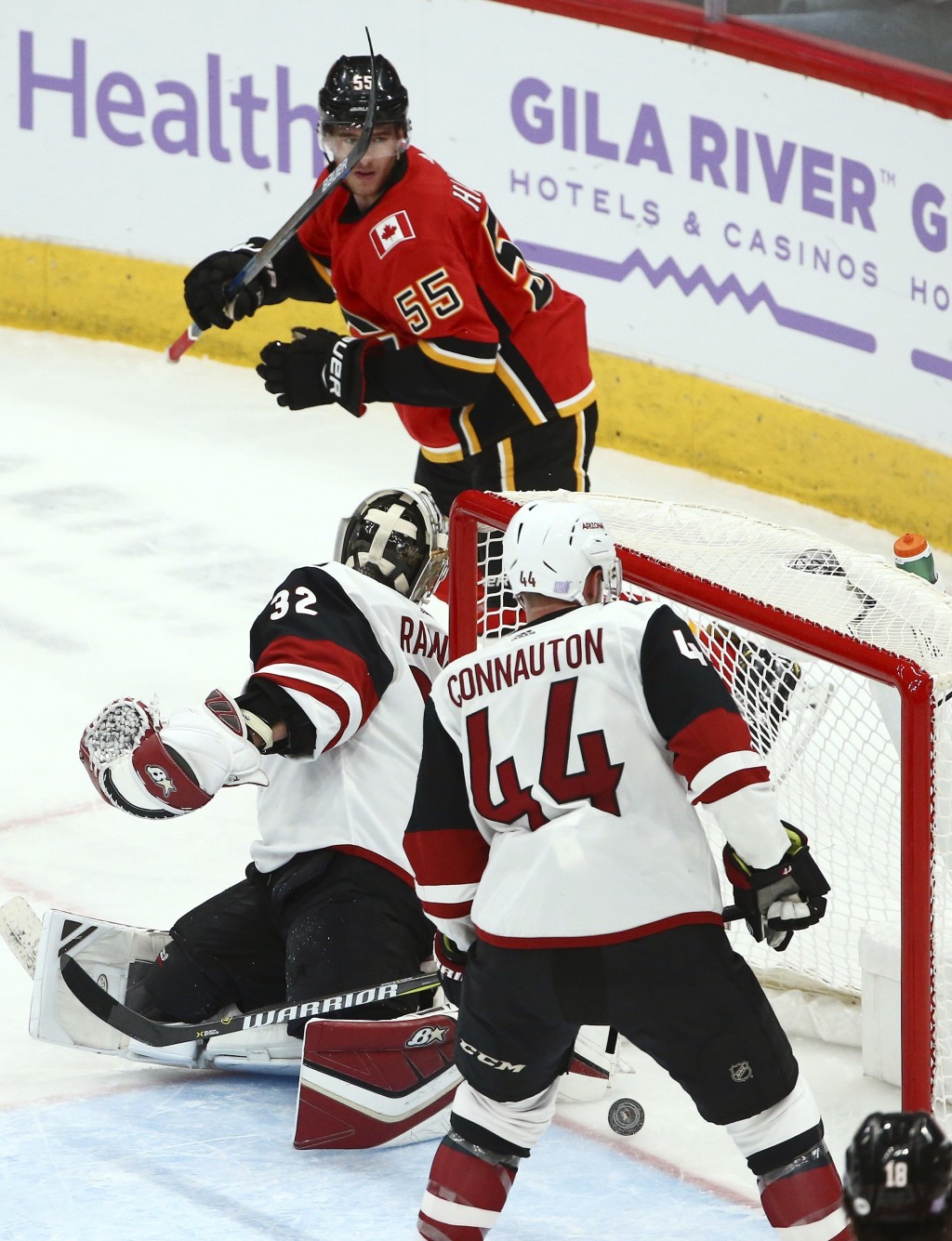 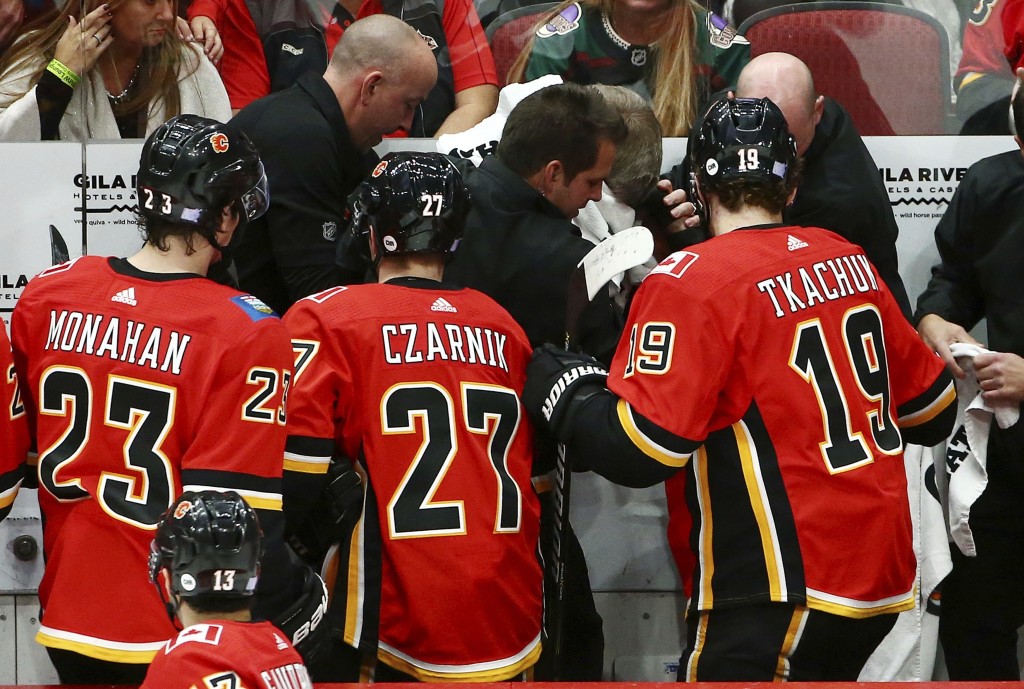 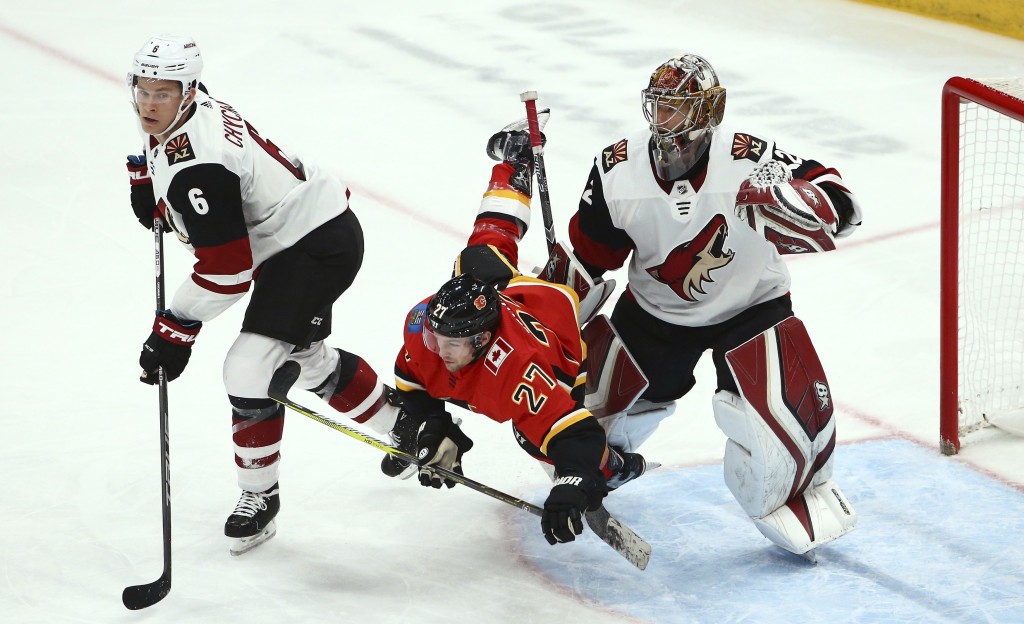 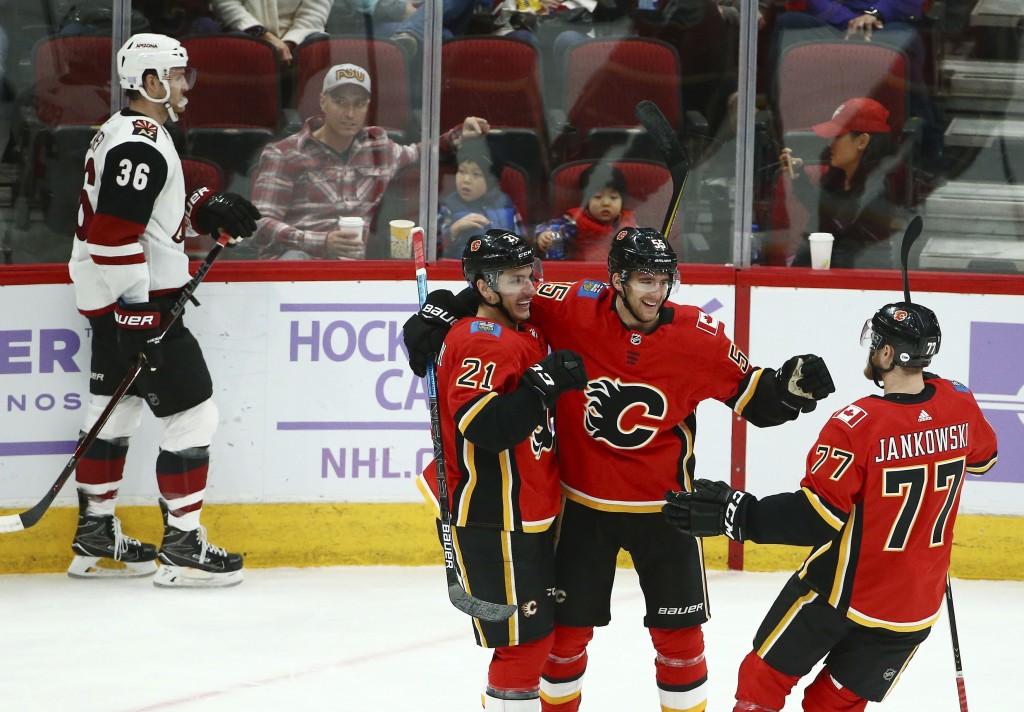 Smith, making his first start in five games, made 28 saves in his first win since Nov. 1.

Calgary led 6-0 before Clayton Keller scored for Arizona with 6:16 remaining.

Three of the Flames' goals were short-handed. The Coyotes have allowed five shorted-handed goals in their last two games.

Sean Monahan and T.J. Brodie also scored for Calgary. The Flames rebounded from a loss at Las Vegas on Friday night and have won four of five. Arizona has lost four in a row, counting in overtime loss, and has been outscored 11-2 in the two games since goalie Antti Raanta returned after missing eight games with a lower-body injury.

Calgary coach Tim Peters wasn't around to watch about 10 minutes of the game after he was hit in the left jaw with a puck while standing in his customary spot in the bench area early in the second period. He needed stitches and returned late in the period.

About the only thing that did go wrong for Calgary was Elias Lindholm's failed penalty shot attempt, the puck knocked away by Raanta.

Hanifan's first goal came on a power play and his second was short-handed. The Flames' two other short-handed goals, by Brodie and Jankowski, came in a 24-second span in the third period.

NOTES: Smith has one shutout this season. ... Coyotes defenseman Oliver Ekman-Larson remains two assists shy of 200 for his career. ... Smith played six seasons for the Coyotes before being traded to the Flames on June 17, 2017. ... With an assist on Calgary's first goal, Mark Giordano earned his 200th career point for the Flames, 12th-most in franchise history. He needs one point to reach 400 for his career. ... The Coyotes entered the game at 29th in the NHL in goals per game. ... Keller's goal was his sixth of the season.

Coyotes: At Minnesota on Tuesday night.