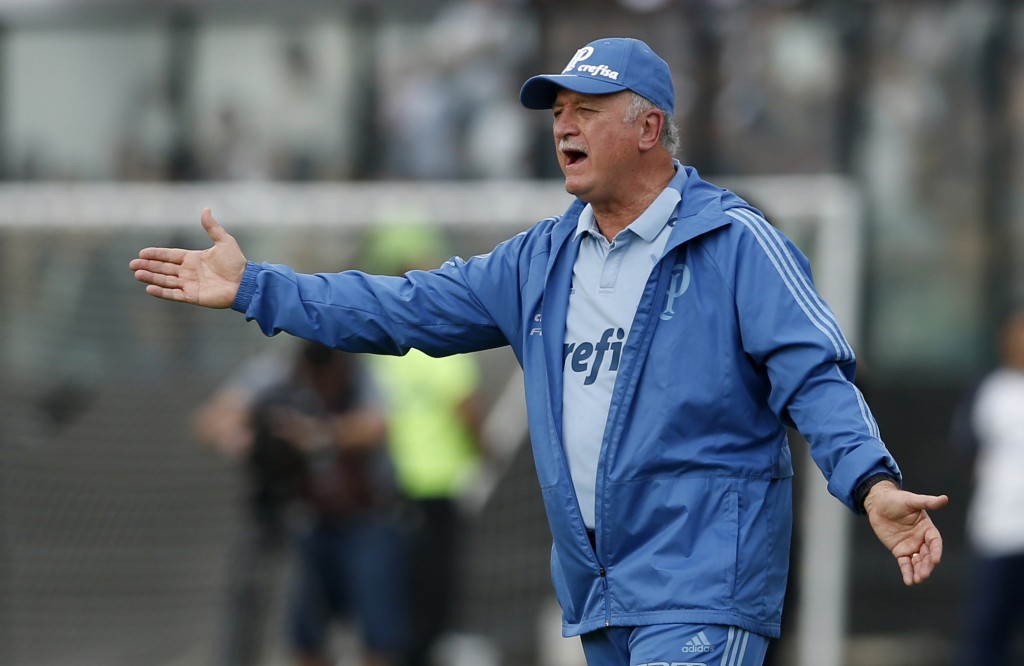 RIO DE JANEIRO (AP) — Luiz Felipe Scolari has led Palmeiras to the Brazilian championship only months after returning to his home nation.

Scolari, who was Brazil's World Cup-winning coach in 2002, watched as Palmeiras beat Vasco da Gama 1-0 Sunday to lift the trophy for the 10th time with one game in hand.

Former Alaves striker Deyverson scored the only goal after 72 minutes.

Palmeiras has 77 points and is unbeaten for 22 games under former Chelsea coach Scolari. It is five points ahead of Flamengo with only one round left.

Scolari left Brazil months after the 7-1 humiliation against Germany in the 2014 World Cup semifinals.

"Big Phil," as the 70-year-old coach is often called, also won the Brazilian championship title in 1996 with his boyhood team Gremio.

Scolari returned in July when Palmeiras was sixth in the standings. He had previously coached Guangzhou Evergrande, leading the team to three straight Chinese Super League titles and an Asian Champions League crown.