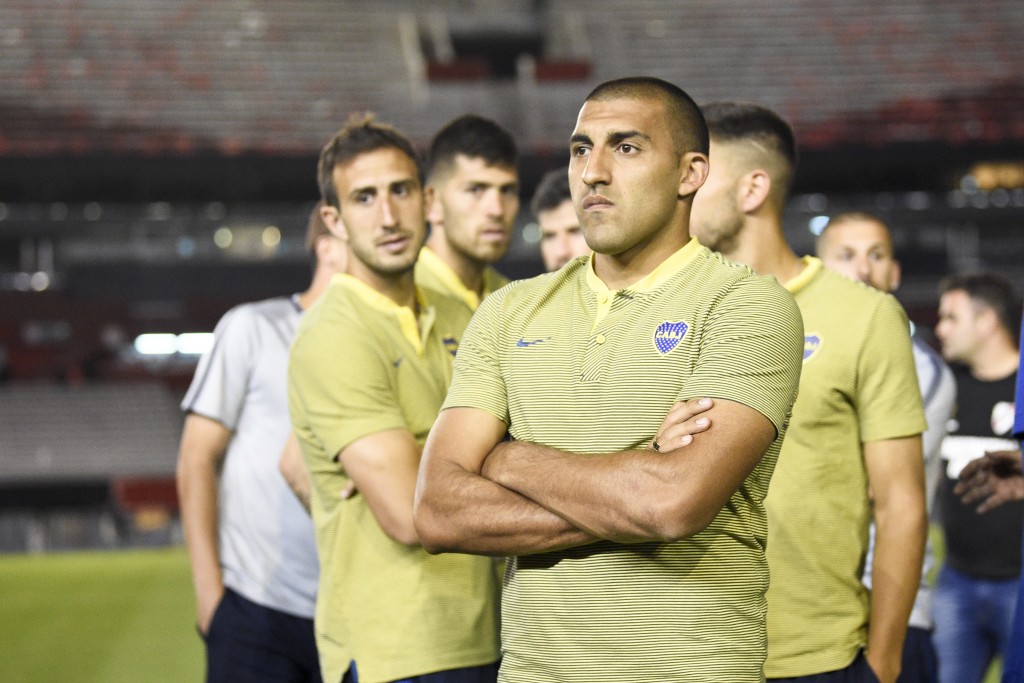 BUENOS AIRES, Argentina (AP) — Boca Juniors has requested the suspension of the Copa Libertadores final against River Plate, which is currently set to be played later Sunday.

The second leg of the final was postponed 24 hours to Sunday after Boca players were injured when their bus was attacked by River fans on Saturday.

Boca said in a statement that it had asked South American soccer body CONMEBOL to suspend the game because the two Buenos Aires teams would not play under equal conditions after the attack.

Boca also said it wants River to be punished after the attack near the Monumental de Nunez stadium.

On Saturday CONMEBOL doctors said there were no medical reasons to suspend the match. CONMEBOL President Alejandro Dominguez disagreed and accepted the postponement 10 minutes before kickoff.

Boca and River drew 2-2 in the first leg of the Copa Libertadores final two weeks ago.