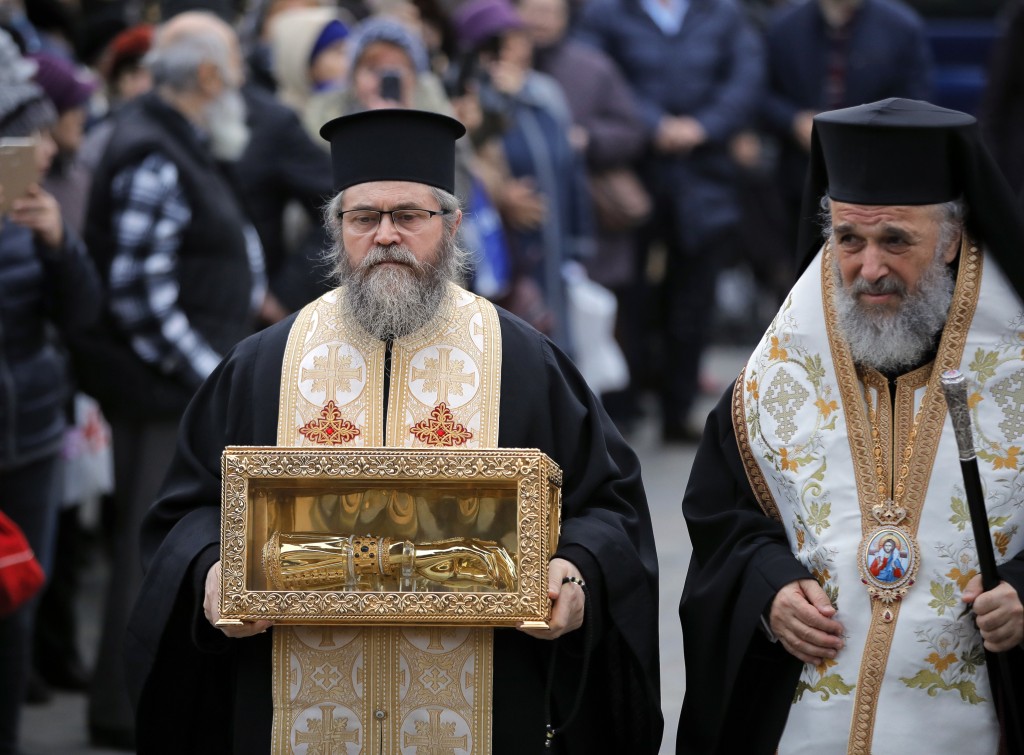 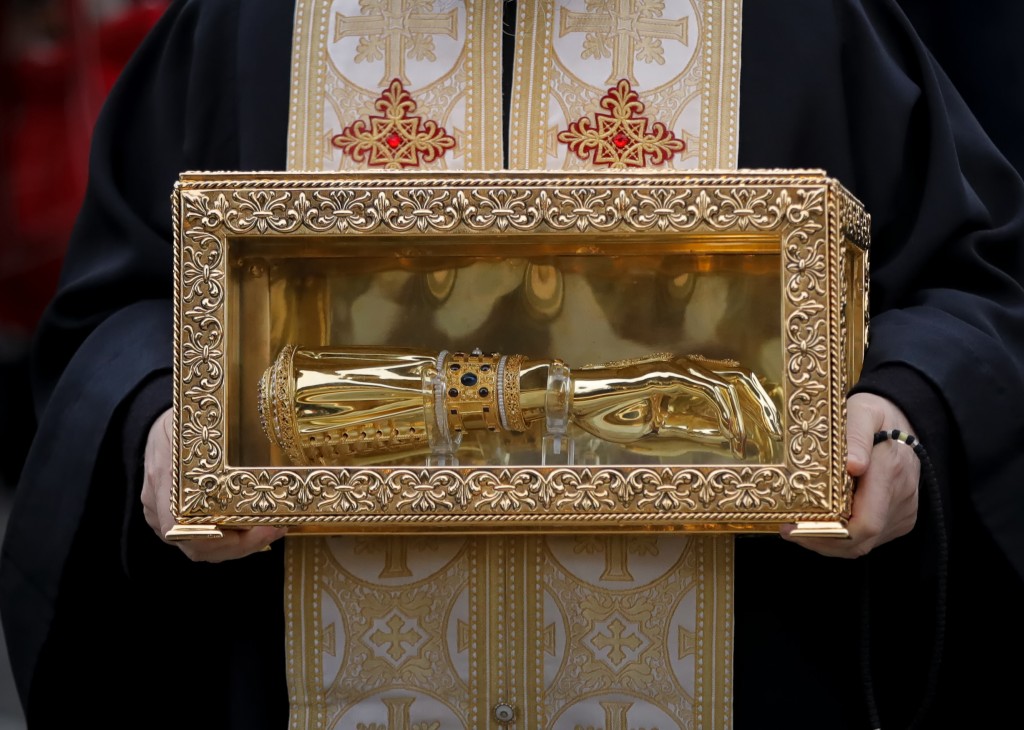 BUCHAREST, Romania (AP) — The Ecumenical Patriarch of Constantinople and the Romanian patriarch have blessed an Orthodox cathedral consecrated to mark 100 years since modern-day Romania was created in the aftermath of World War I.

Tens of thousands stood outside the "Salvation of the People" cathedral for Sunday's service led by Patriarch Daniel and the Istanbul-based patriarch Bartholomew I.

The church says the unfinished building has cost 110 million euros ($125 million). Critics say the money would have been better spent on churches and hospitals. The state pays priests' salaries and other costs.

Some 86 percent of Romanians are Orthodox believers. The cathedral aims to "honor Romanian heroes of all times."