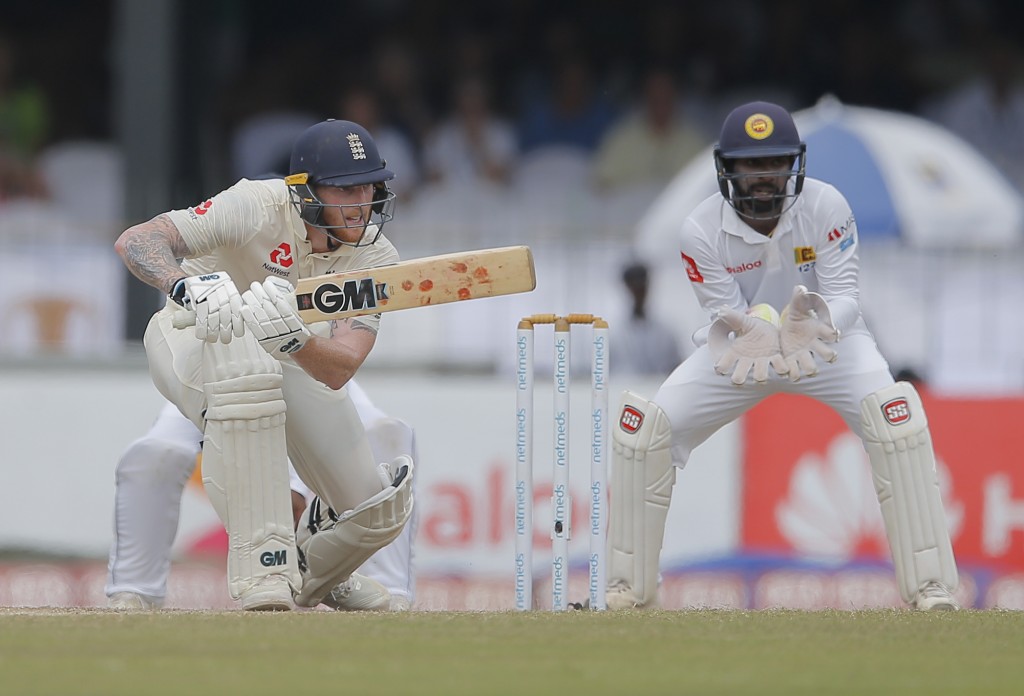 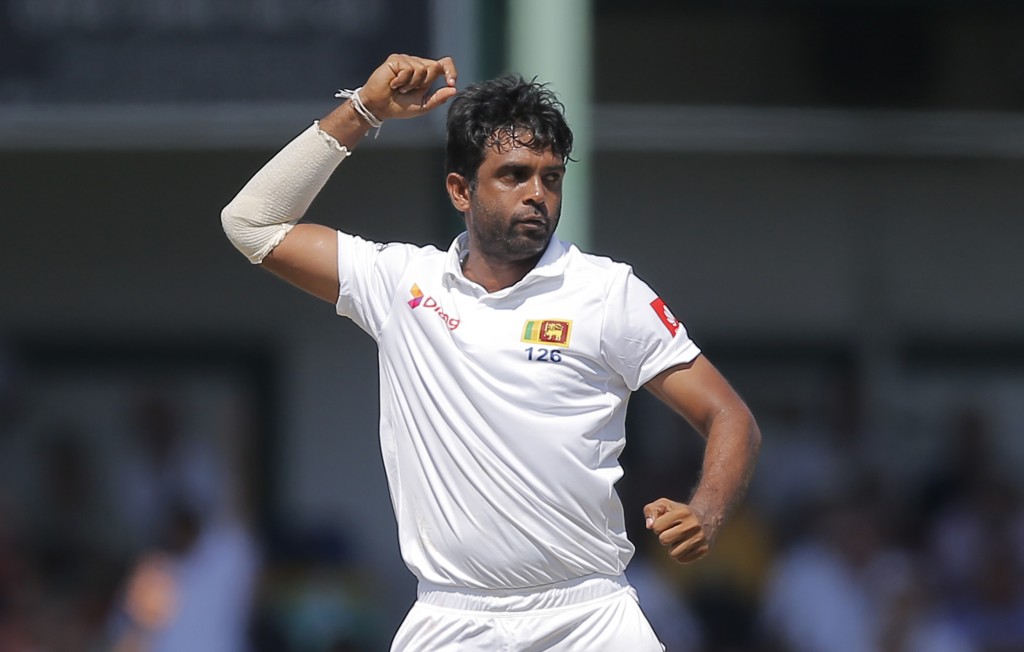 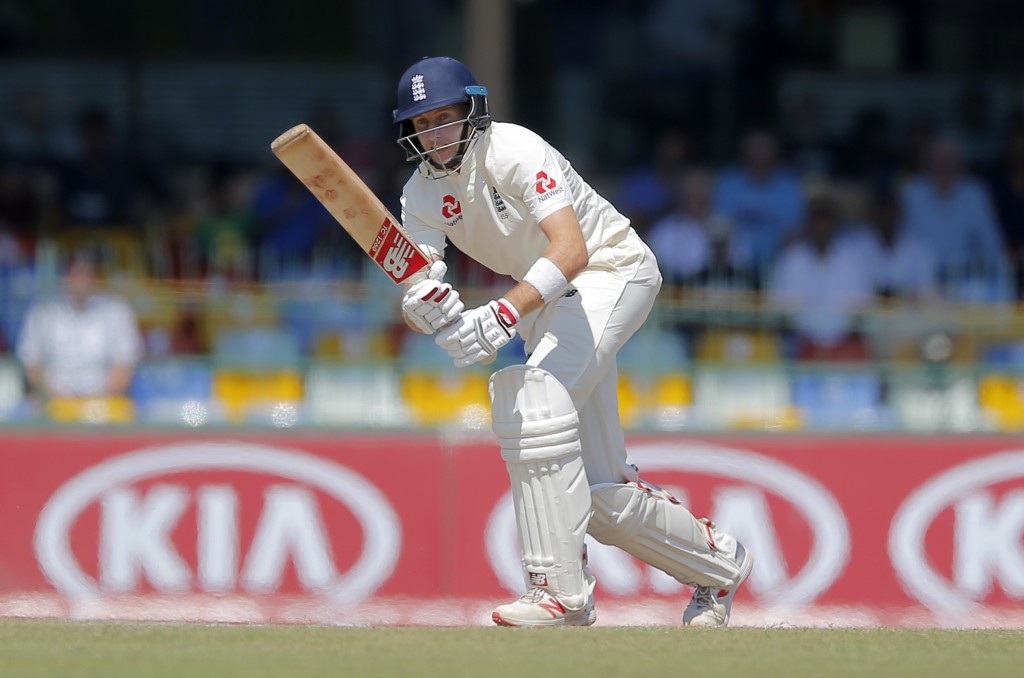 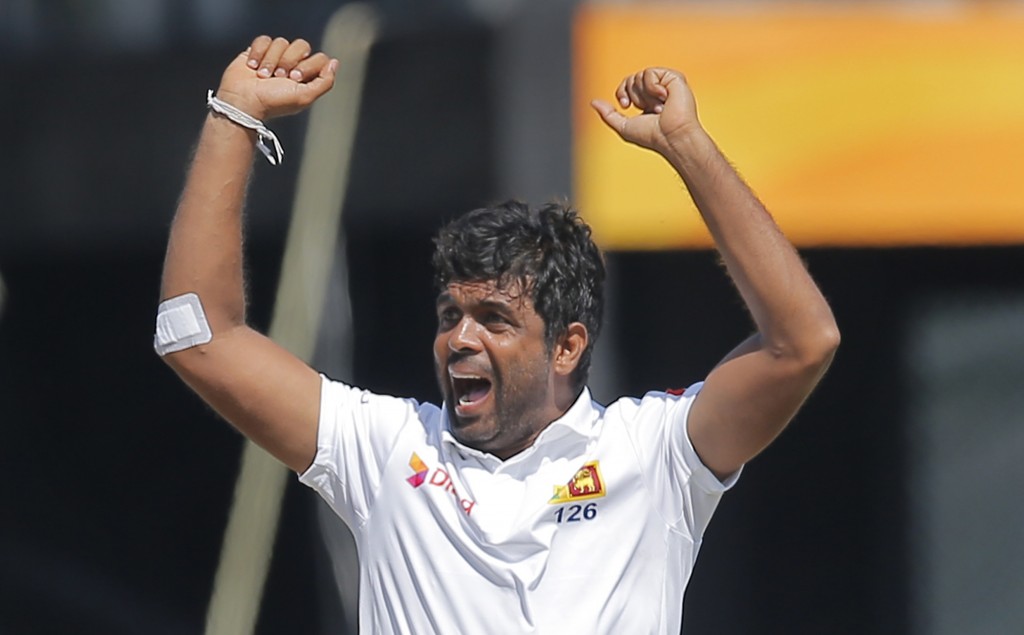 COLOMBO, Sri Lanka (AP) — Sri Lanka rallied from its batting woes on day two to claim four English wickets in the first hour of day three to reduce the tourists to 110-4 at lunch on Sunday at the Sinhalese Sports Club grounds.

Off-spinner Dilruwan Perera's spell of 11 overs produced three wickets and Malinda Pushpakumara (1-19) took a return catch off skipper Joe Root to reduce England to 39-4 in the 14th over.

Ben Stokes, 32 not out, and Jos Buttler, unbeaten on 38, then combined with a 71-run unbroken stand for the fifth wicket to give England a lead of 206 runs at the interval.

The situation could have been much better for Sri Lanka, but Ben Stokes survived being dismissed twice off no-balls after spinner Lakshan Sandakan overstepped the bowling crease on both occasions.

Buttler also had some good fortune after part-time off-spinner Dhananjaya de Silva trapped him leg before wicket when on 27, but the batsman successfully reviewed the decision.

Earlier, Sri Lanka got off to a splendid start as Perera (3-33) trapped both England openers leg before wicket, including Keaton Jennings with the first ball of the day. Burns was dismissed for seven in the 11th over with a similar skidding delivery.

First innings centurion Jonny Bairstow was well caught at forward short leg by reserve fielder Kaushal Silva. He was substituting for Dimuth Karunaratne as the opening batsman was feeling discomfort having been hit on the chest while batting on day two.

Sri Lanka is playing catch up in the game having squandered a great opportunity to gain a substantial lead in the first innings.

Having bowled out England for 336, the hosts were well placed at 183 for tea on day two on Friday, but lost their last eight wickets inside the final session for the addition of just 57 runs.

England lead the three match series 2-0 having won the opening game in Galle by 211 runs and the second Test at Pallekele by 57 runs.