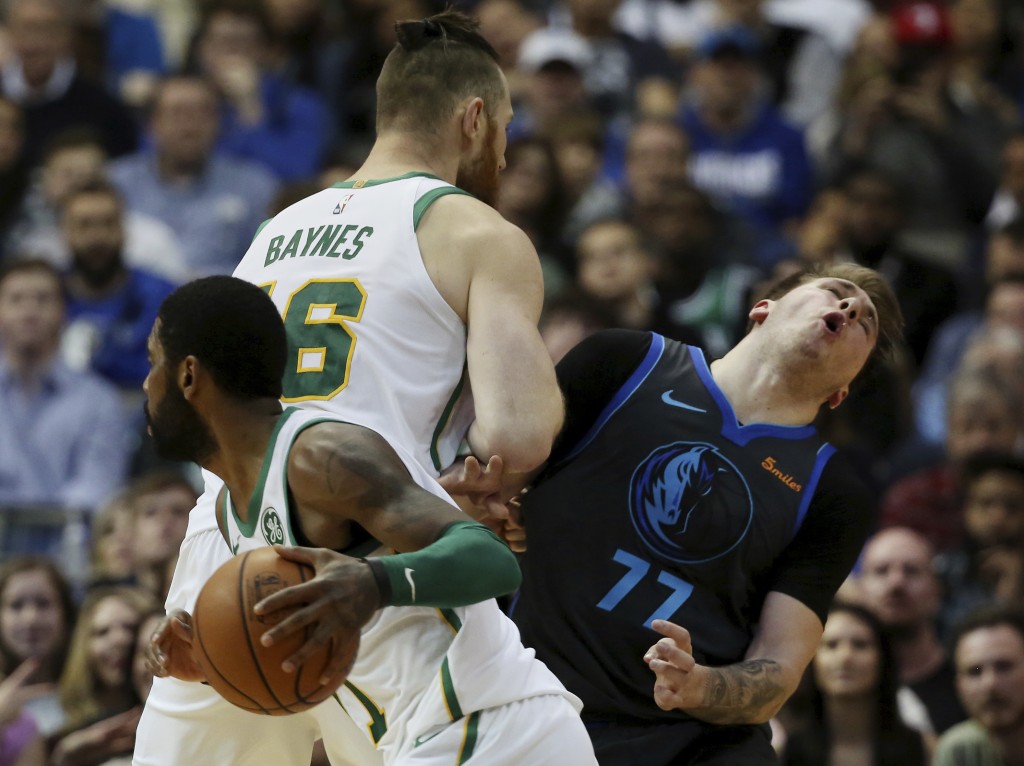 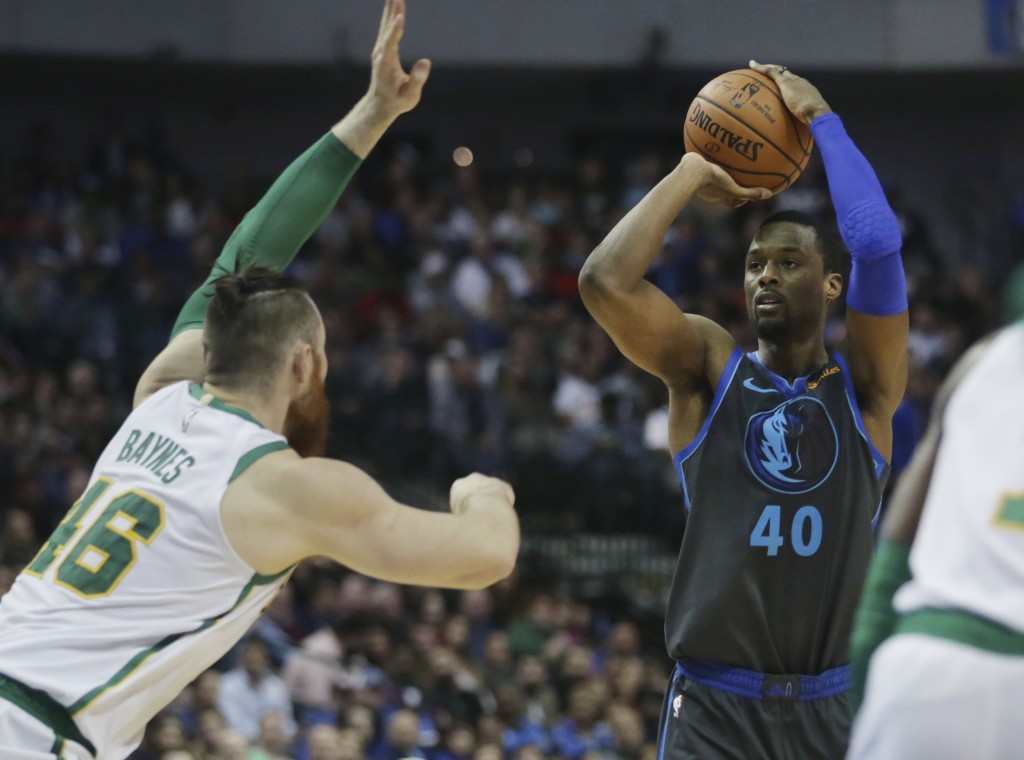 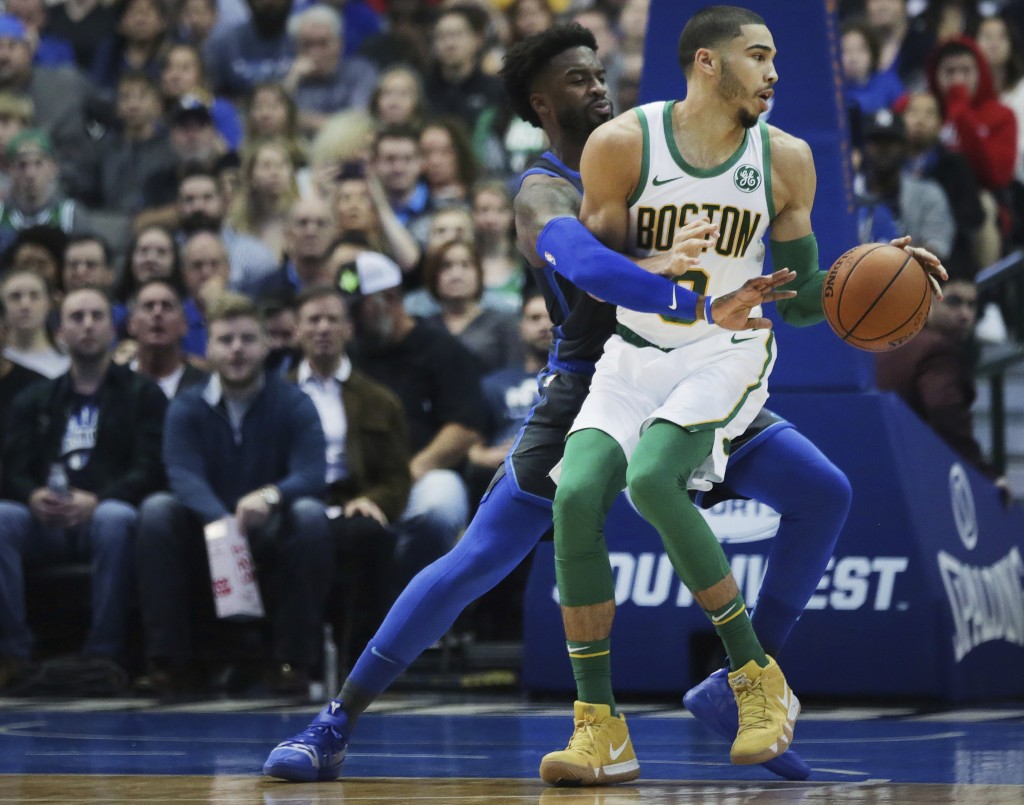 DALLAS (AP) — J.J. Barea scored 20 points with a key 3-pointer that helped put Dallas in control in the fourth quarter, and the Mavericks won their sixth straight home game, beating the Boston Celtics 113-104 on Saturday night.

Harrison Barnes also had 20 points, teenage rookie Luka Doncic totaled 15 points and matched Barea with eight assists while starting at point guard with Dennis Smith Jr. sidelined by a wrist injury as the Mavericks (9-9) got back to .500 with their seventh win in nine games.

It's the latest Dallas has been .500 or better since the end of the 2015-16 season, and it's the first six-game home winning streak for the Mavericks in almost two years.

Jayson Tatum scored 21 points and Kyrie Irving and Marcus Smart had 19 apiece for the Celtics, who followed a win with a loss in a back-to-back for the third straight time this season a night after winning in Atlanta.

Boston was without Gordon Hayward, who sat with soreness in his surgically repaired left ankle, in part because of playing on consecutive nights.

The Mavericks led by five starting the fourth quarter but pushed the lead to 106-90 on 3-pointers by Barea and Wesley Matthews, who had 15 points after missing three straight games and four of the past five with a left hamstring strain.

Doncic looked like a natural at the point from the start with five assists in the first quarter while making all three of his 3-point attempts for nine points.

In one sequence, he sent Marcus Morris lunging toward the basket with a fake away from the ball, then watched Irving fly past him by faking the shot before making a 3.

Irving got rolling in the second quarter, scoring nine points on 4-of-5 shooting while helping cut an 11-point deficit to three at halftime (59-56).

Doncic was doing enough for the Celtics to feel the need to try to knock him off his game in the third quarter.

Jaylen Brown put a forearm in Doncic's chest when he was looking another direction while running up the floor and sent the 19-year-old sprawling. Brown's move came after Doncic intercepted a pass in transition near midcourt, drove to the baseline and slipped a pass to Jordan for a dunk.

Jordan was given his second technical for hanging on the rim, but officials ruled it a non-unsportsmanlike technical, allowing Jordan to avoid an ejection as he finished with 14 points and 13 rebounds. Brown received an offsetting technical on a video review for the blindside hit on Doncic.

Doncic had to be separated from Brown after the sequence, and there was another dustup when Smart shoved Maxi Kleber not long after they were part of a jump ball in the final seconds, long after the outcome had been decided. Smart, playing against his hometown team, was assessed a technical.

Celtics: Al Horford returned after missing his first game of the season to rest a sore left knee. He had eight points and eight rebounds. ... Brown scored 16 points, and Morris added 13. ... Irving was 9 of 24 from the field with six assists and five turnovers.

Mavericks: DeAndre Jordan had 14 points and 13 rebounds. ... F/C Dwight Powell missed his third straight game with a left knee injury. ... Coach Rick Carlisle said Smith sprained his right wrist in a loss to Memphis two games earlier. He played but was limited in a win over Brooklyn.

Celtics: At New Orleans on Monday.

Mavericks: At Houston on Wednesday.