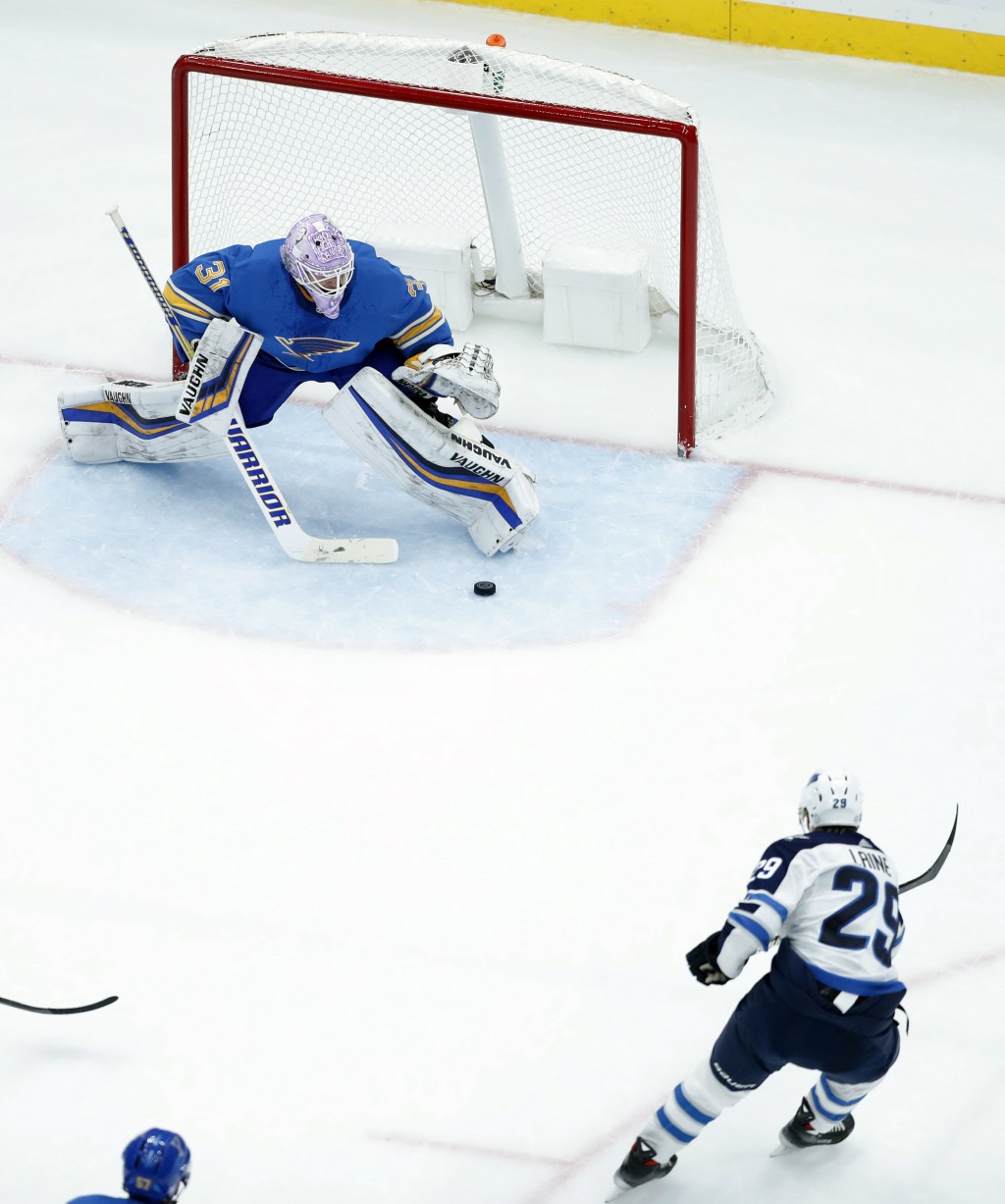 It was the 61st five-goal game in league history. Darryl Sittler of the Toronto Maple Leafs was the last player to score six goals in a game, on April 22, 1976, against Boston.

Brandon Tanev, Blake Wheeler, and Jack Roslovic also scored for the Jets, who snapped their first two-game losing streak of the season.

Joe Malone, who played in the early days of the NHL with the Montreal Canadiens, scored seven goals in a game with the Quebec Bulldogs in January 1920. He also had a six-goal game and three five-goal games.

Laurent Brossoit allowed four goals on 27 shots for his first career win against St. Louis. He improved to 4-1-1.

SUNRISE, Fla. (AP) — Erik Gustafsson scored 2:32 into overtime to give Chicago the win.

Alex DeBrincat tied it with 2 seconds left in regulation and David Kampf, Patrick Kane and Alexandre Fortin also tallied for the Blackhawks. Gustav Forsling had two assists and Kampf added an assist for a three-point night.

Goalie Cam Ward made his first start since Nov. 12 and stopped 34 shots.

Reimer made 36 saves for the Panthers, who lost their third straight.

DETROIT (AP) — Sam Reinhart and Tage Thompson scored in a seven-round shootout to give Buffalo its ninth consecutive victory.

Jeff Skinner and Thompson scored for Buffalo in regulation, and Linus Ullmark made 35 saves.

John Tavares, Patrick Marleau and Josh Leivo also scored, and backup goalie Garret Sparks made 35 saves for his first shutout of the season and the second of his career. Mitch Marner added two assists.

Calvin Pickard, who was claimed by the Flyers on waivers from Toronto before the start of the season, allowed four goals on six shots for Philadelphia (10-11-2) before being pulled. Anthony Stolarz allowed two goals on 34 shots in relief.