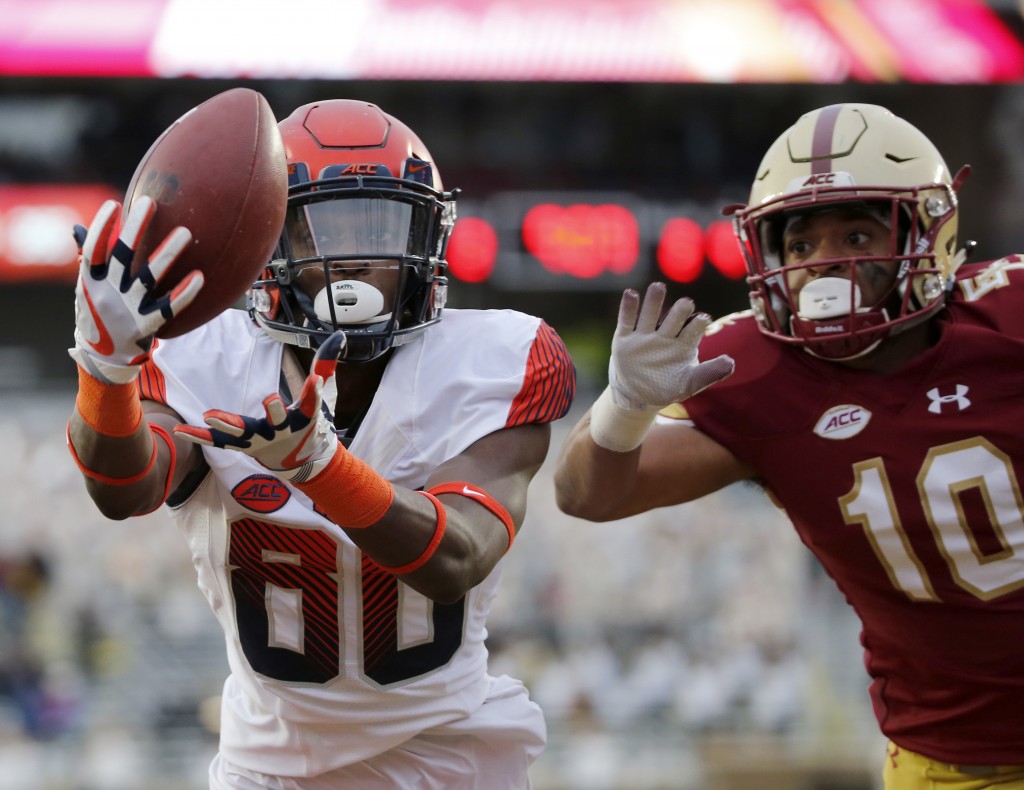 COLUMBUS, Ohio (AP) — Dwayne Haskins threw five touchdown passes, freshman Chris Olave scored twice and blocked a punt that was returned for a TD and No. 10 Ohio State continued its mastery over No. 4 Michigan with a record-setting 62-39 victory Saturday that sends the Buckeyes to the Big Ten championship game.

The Wolverines were two victories away from their first conference championship since 2004 and a trip to the College Football Playoff, facing an Ohio State team that has looked discombobulated on defense and one-dimensional on offense much of the season. Looking to snap a six-game losing streak against the Buckeyes (11-1, 8-1, No. 10 CFP) and get coach Jim Harbaugh his first victory in four tries in the rivalry, the Wolverines (10-2, 8-1, No. 4 CFP) wilted.

And now, despite all the dysfunction at Ohio State this season — both on and off the field — the Buckeyes will face No. 20 Northwestern next week in Indianapolis with a chance to repeat as Big Ten champs and maybe even squeeze into the playoff.

The Bulldogs (11-1, No. 5 CFP) couldn't afford a slip-up, not with top-ranked Alabama looming next week in Atlanta.

Georgia led 38-7 at halftime — which, in an interesting twist, was the score of last year's dominating victory over the Yellow Jackets. The Bulldogs held a 343-66 edge in total yards, piling up 18 first downs to only four by Georgia Tech (7-5).

Fromm threw a 5-yard touchdown pass to Riley Ridley, a 12-yarder to Jeremiah Holloman and a 44-yarder to Mercole Hardman. Swift chipped in with a 1-yard scoring run, Elijah Holyfield had an 8-yard TD and Rodrigo Blankenship completed the onslaught with a 25-yard field goal on the final play of the half. On Georgia's first series of the second half, Fromm hooked up with Ridley again on a 4-yard scoring pass that prompted many in the crowd of more than 92,000 to head for the exits on a cold, damp day between the hedges.

The Gators (9-3) halted Florida State's bowl streak, which began in 1982, and handed the Seminoles (5-7) their first losing season since 1976 — Bobby Bowden's first season as coach.

Franks, who grew up just 20 miles south of Doak Campbell Stadium in Crawfordville, completed 16 of 26 passes for 254 yards. He threw touchdown passes to Van Jefferson, Trevon Grimes and Josh Hammond. Grimes led the Gators with five receptions for 118 yards.

The Orange (9-3, 6-2 Atlantic Coast Conference) gave up the first score of the game, then scored touchdowns on three straight possessions, starting with a 75-yard pass from Dungey to a wide-open Sean Riley. BC fumbled the ensuing kickoff, setting up Dungey's 4-yard run to make it 14-7 and the Eagles (7-5, 4-4) never got any closer.

Dungey followed with a 2-yard touchdown run and also scored on an 18-yard quarterback sneak right before the half to give the Orange a 28-14 lead.