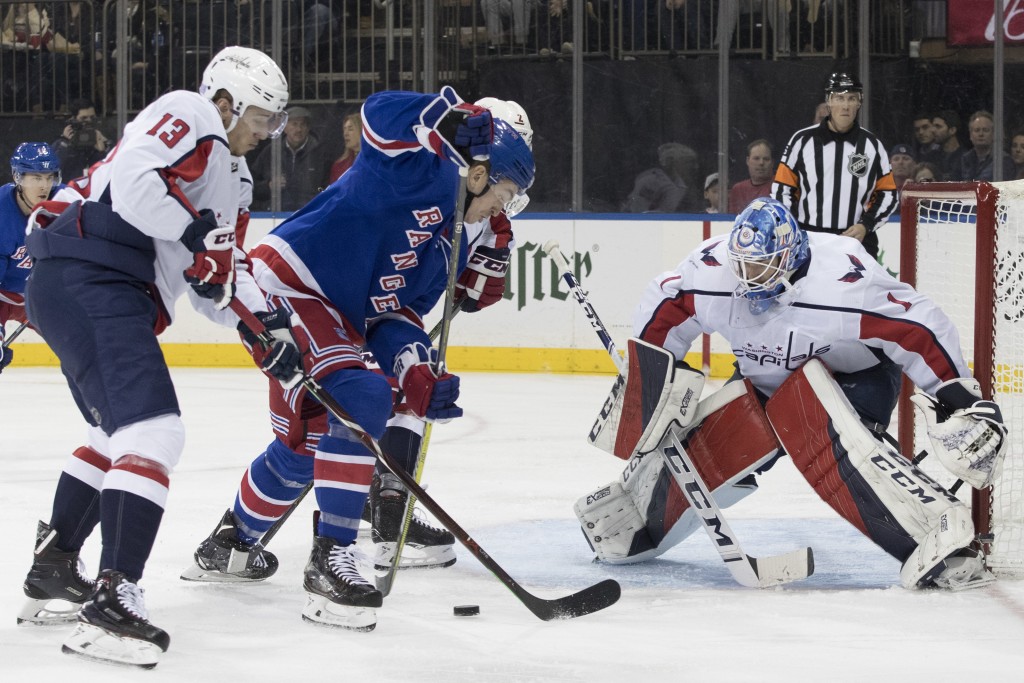 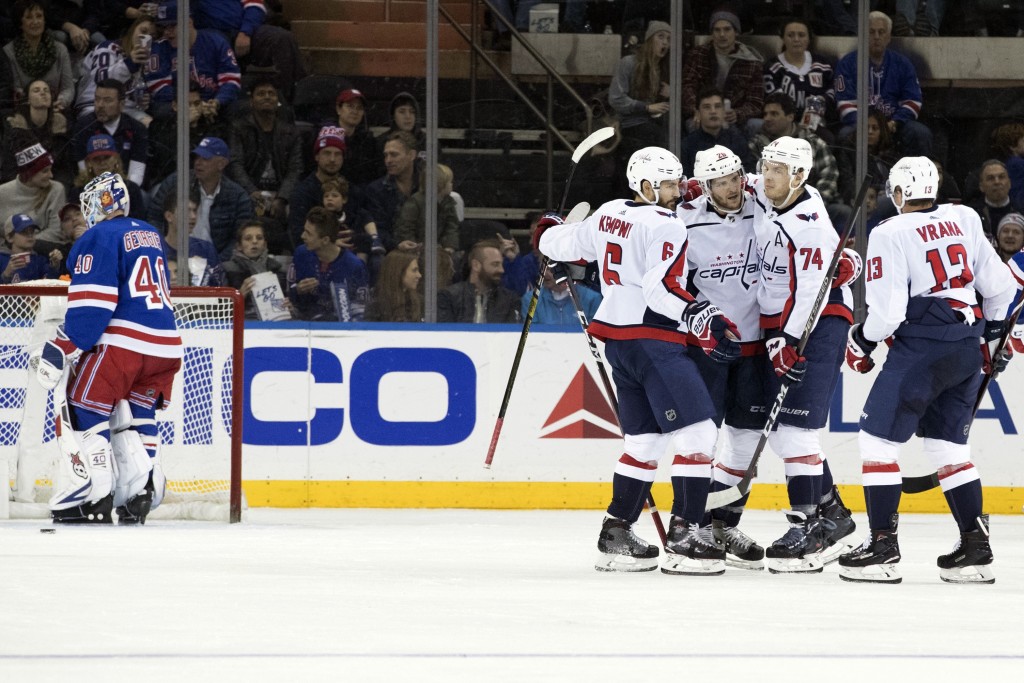 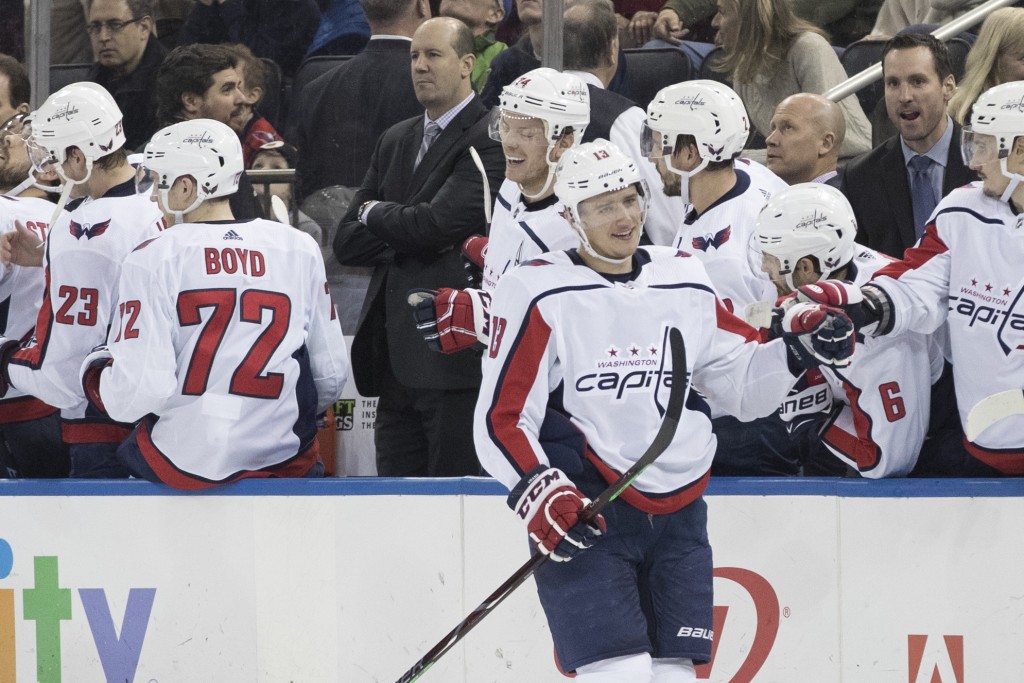 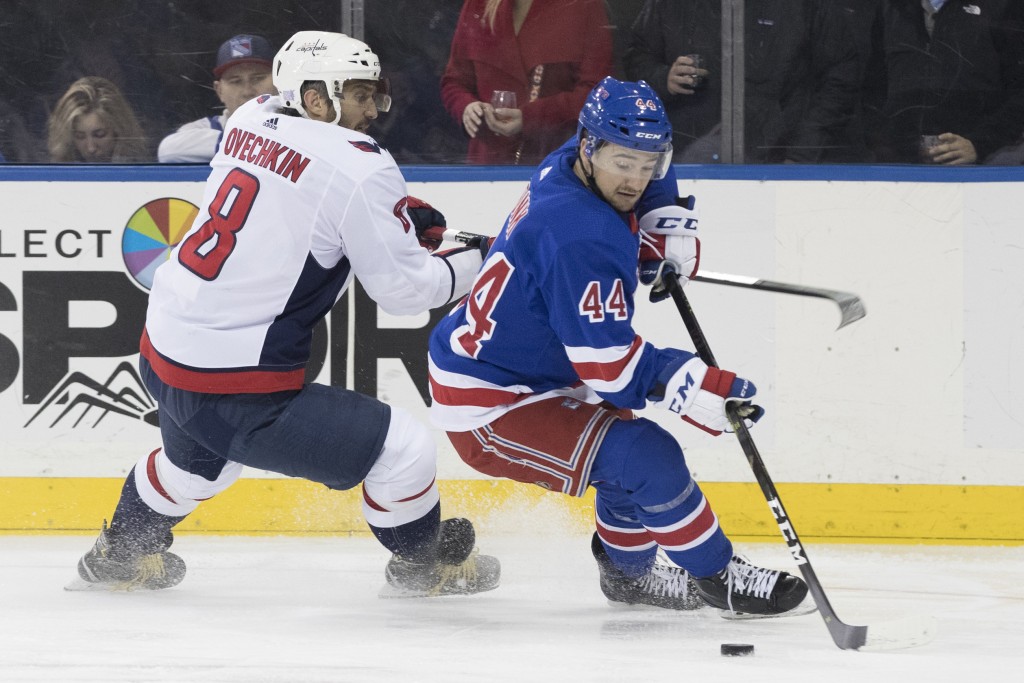 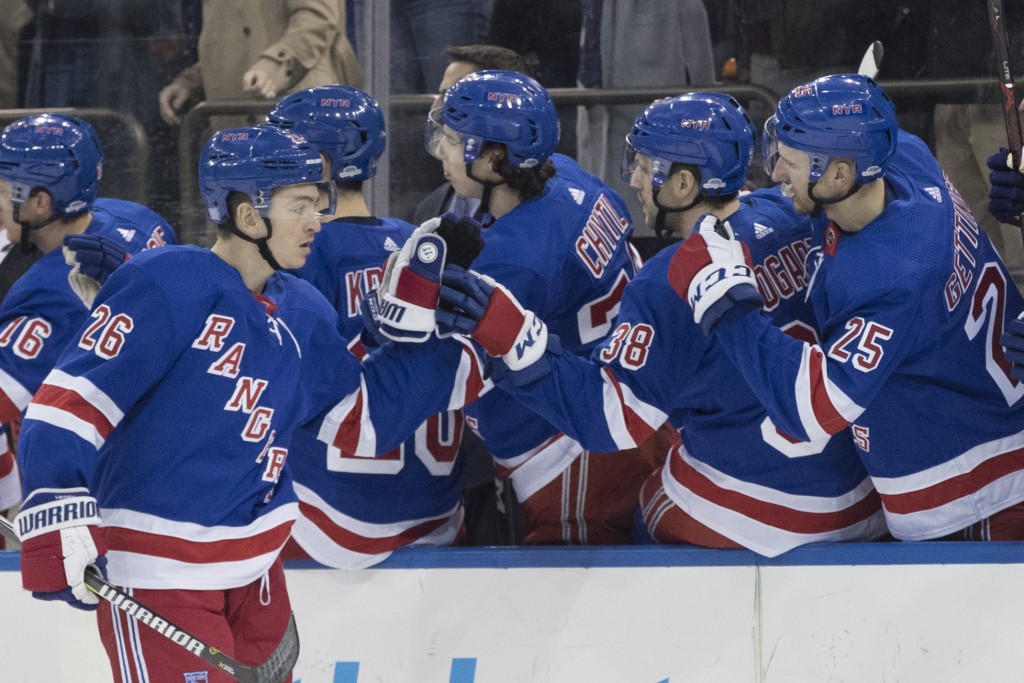 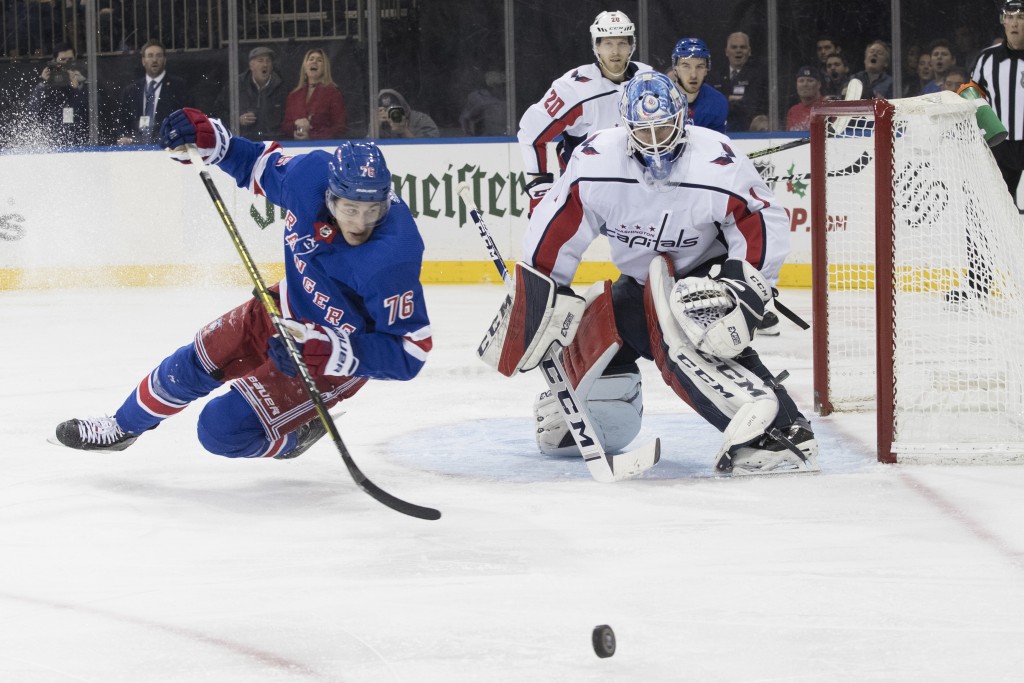 On the go-ahead goal, Connolly got a pass from Carlson and fired a one-timer from the left circle past Georgiev for his fourth of the season.

Wilson added an empty-netter with 1:08 left for his fourth. He has nine points in seven games since returning from a season-opening suspension that sidelined him for 16 games.

Strome had tied the score 3-3 at 5:30 of the final period with his first goal with the Rangers since being acquired from Edmonton on Nov. 16. Brett Howden deflected Neal Pionk's shot from the right point off his skate to Strome at the right side. Strome then skated around the back of the net and beat Copley with a wraparound.

Trailing 1-0, the Capitals came out with increased intensity in the second period and scored three goals while outshooting the Rangers 15-9.

Just 31 seconds after Skjei doubled the Rangers' lead, Dowd tipped Carlson's shot for his second to pull the Capitals back within one midway through the second.

Vrana then tied it with his sixth as he skated in from the left side, cut in on Georgiev and beat him above the glove with a backhander with 3:33 left.

Ovechkin put the Capitals ahead, tipping Carlson's pass from the right side past Georgiev with 30 seconds left. It was Ovechkin's 17th goal, tying him for the league lead with Boston's David Pastrnak and Buffalo's Jeff Skinner.

Georgiev made several nice stops in the first 9½ minutes of the second, including successive attempts by Vrana.

Seconds later, Brendan Smith fired a shot from beyond the inside edge of the right circle that rebounded off the end boards and came to Skjei on the outside edge of the left circle, and he fired it between Copley's blocker side and the goalpost for his second at 9:39 to make it 2-0. It was the Rangers' first shot on goal of the middle period.

The Rangers outshot the Capitals 12-6 in the opening period.

Vesey gave New York a 1-0 lead less than 15 seconds after coming out of the penalty box. Kevin Hayes brought the puck up the left side on a 2-on-1 rush, cut toward the net and dropped the puck back to Jesper Fast, who tapped it to the right, and a trailing Vesey put it under a sprawled Copley's left pad for his eighth 9:12 into the game.

NOTES: Ovechkin's goal was his 624th, pulling one behind Jarome Iginla and Joe Sakic for 15th place on the NHL's career list. Ovechkin now has 33 goals and 51 points in 54 career games against the Rangers. ... The Capitals have outscored opponents 35-23 in the second period. ... Capitals also won the first meeting 4-3 in OT at home on Oct. 17. The teams play two more times, Feb. 24 at Washington, and March 3 back at Madison Square Garden. ... Rangers F Mats Zuccarello sat out, a day after returning from a three-game absence due to a groin injury. ... D Smith returned to the Rangers' lineup after being scratched the past two games. D Tony DeAngelo was a scratch. ... LW Timothy Gettinger made his NHL debut one day after being called up from Hartford of the AHL. ... Strome now has four goals and 14 points in 19 games against the Capitals.

Capitals: At the New York Islanders on Monday night.

Rangers: Host Ottawa on Monday night to cap a stretch of five of six at home.