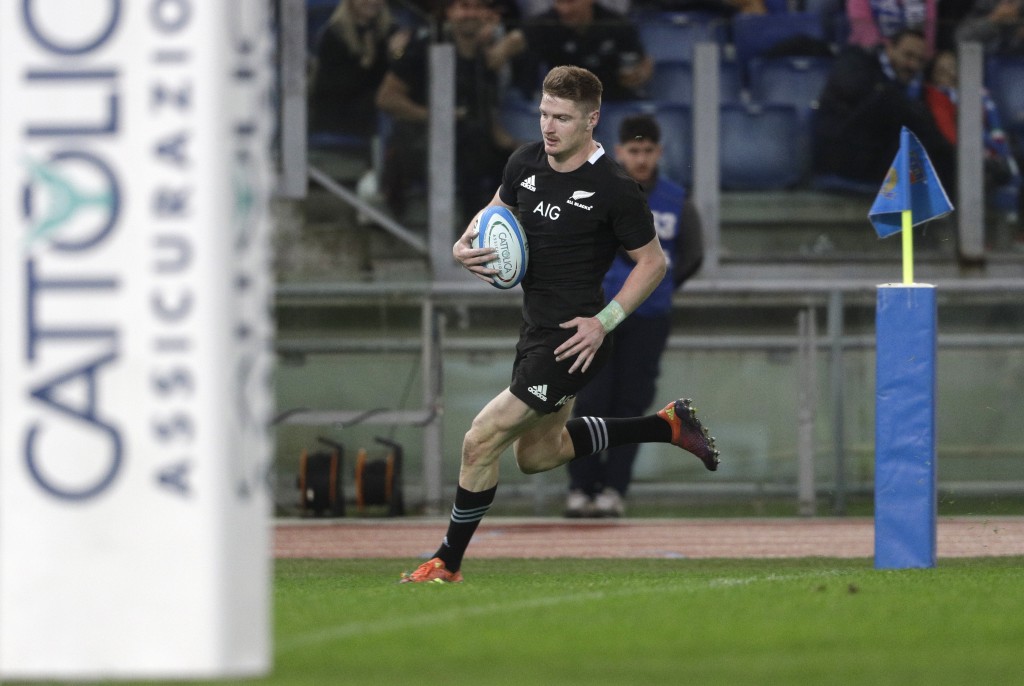 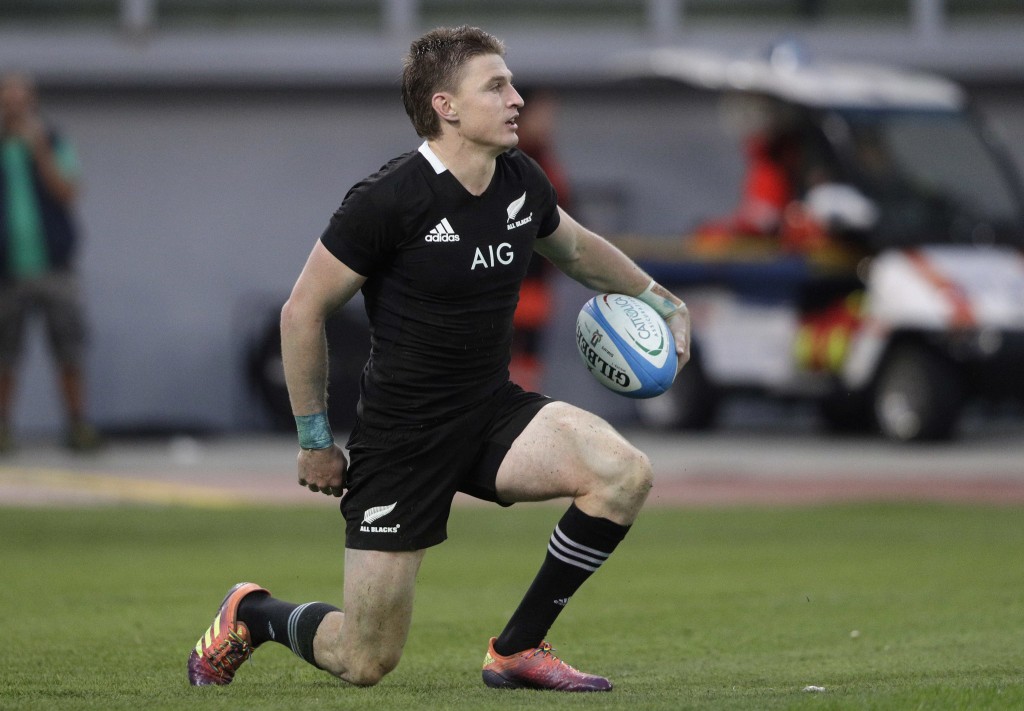 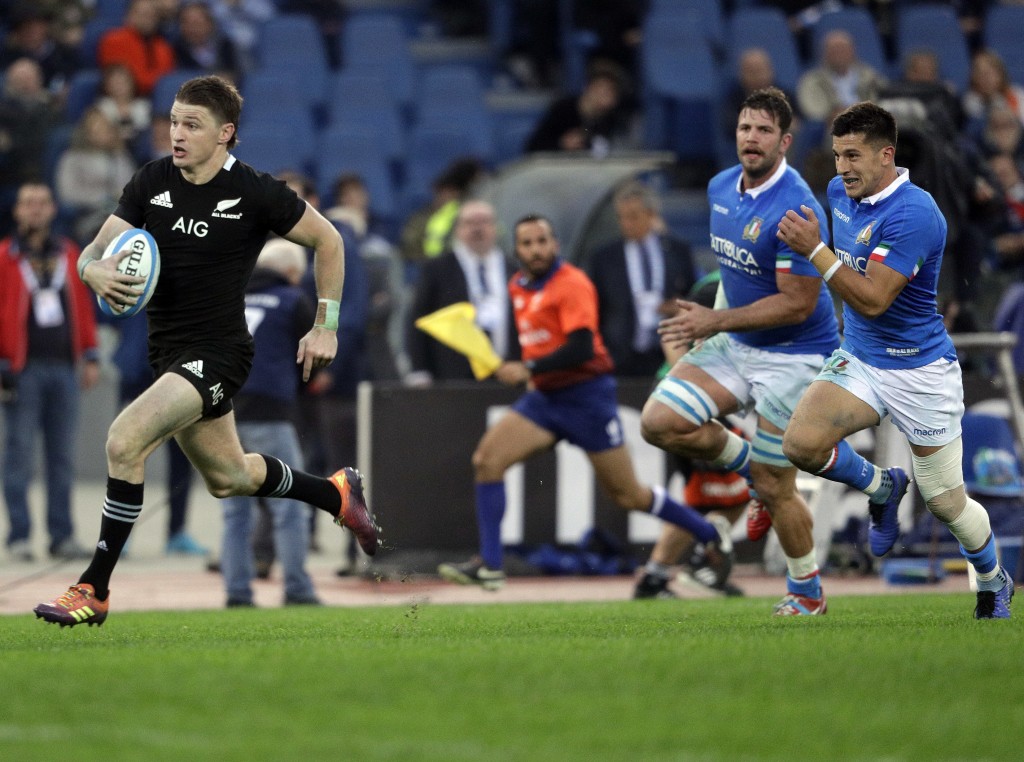 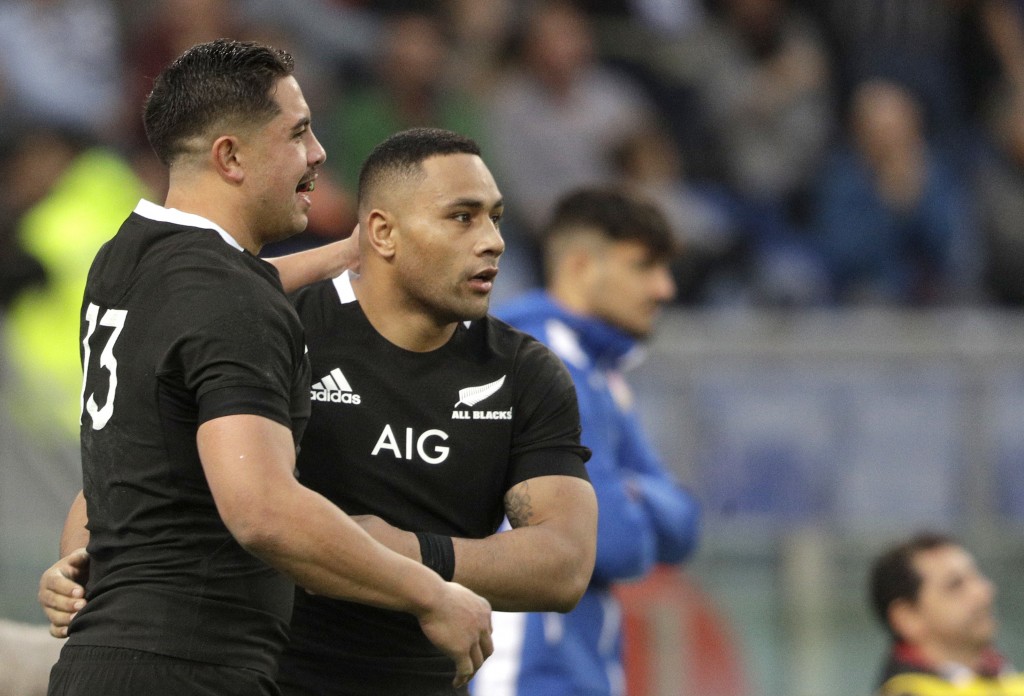 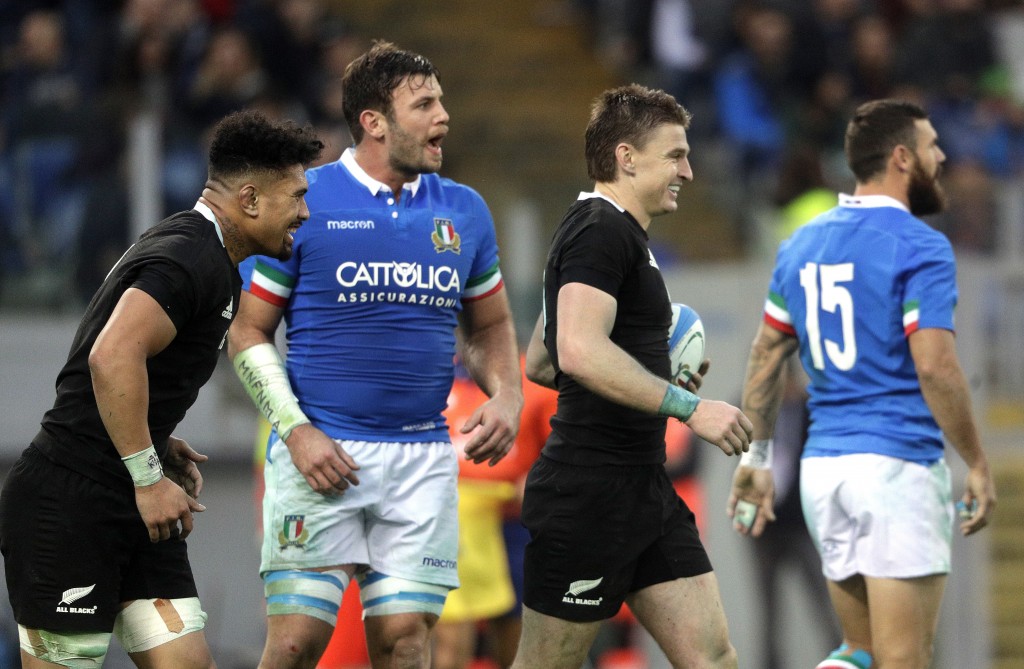 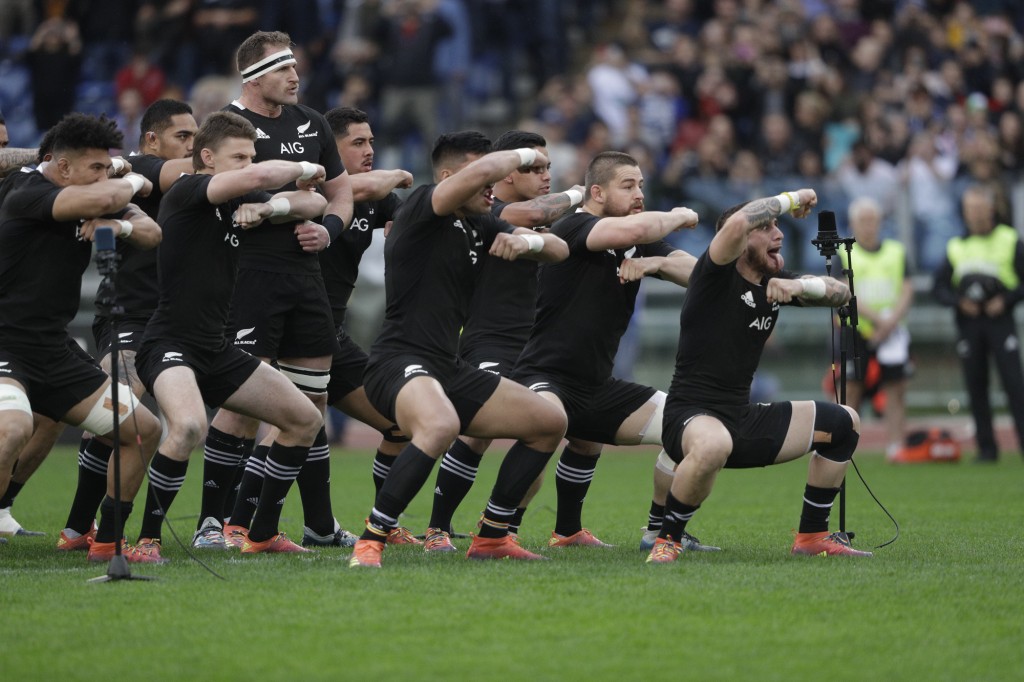 ROME (AP) — The All Blacks took out their frustration from losing to Ireland by thumping Italy 66-3 at Stadio Olimpico on Saturday. Yet, it was a far from convincing performance.

Despite scoring 10 tries against Italy for the first time, there was a glut of sloppy errors by New Zealand.

However, after failing to record a try last weekend in Dublin, coach Steve Hansen would be heartened to see 10 this time thanks to four for wing Jordie Barrett, three for fullback Damian McKenzie and one apiece to TJ Perenara, Ngani Laumape and Beauden Barrett, who converted five. Richie Mo'unga converted the last three.

Unbeaten in 14 previous tests against Italy, New Zealand opened the score early as Beauden Barrett offloaded for scrumhalf Perenara to slide over in the corner following some nice handling down the right.

Italy responded swiftly with a Tommaso Allan penalty after Scott Barrett was penalized for not rolling away after the tackle. That was to be the last score for Italy, as the All Blacks stretched their lead when McKenzie ran between the posts after being released by Patrick Tuipulotu.

There was an odd moment as referee Andrew Brace injured his knee and was replaced in the 24th minute by Pascal Gauzere.

The officials, and the All Blacks, rolled on. McKenzie claimed his second try after a lovely left-foot grubber kick from Beauden Barrett.

Another sensational play down the right saw hooker Dane Coles and McKenzie feature in an 80-meter move finished by Jordie Barrett.

On the stroke of halftime, the Barrett brothers combined for another try as Beauden kicked out to the right for Jordie to score in the corner and 31-3.

The second half began with two quickfire converted tries from Laumape and Beauden Barrett.

McKenzie got his hat trick in the 53rd, connecting to replacement Mo'unga's grubber kick off the left post.

In the last seven minutes, Jordie Barrett grabbed the last two tries, the first after scooping a kick by Nathan Harris, to complete New Zealand's biggest margin against Italy since 70-7 at the 2003 Rugby World Cup.