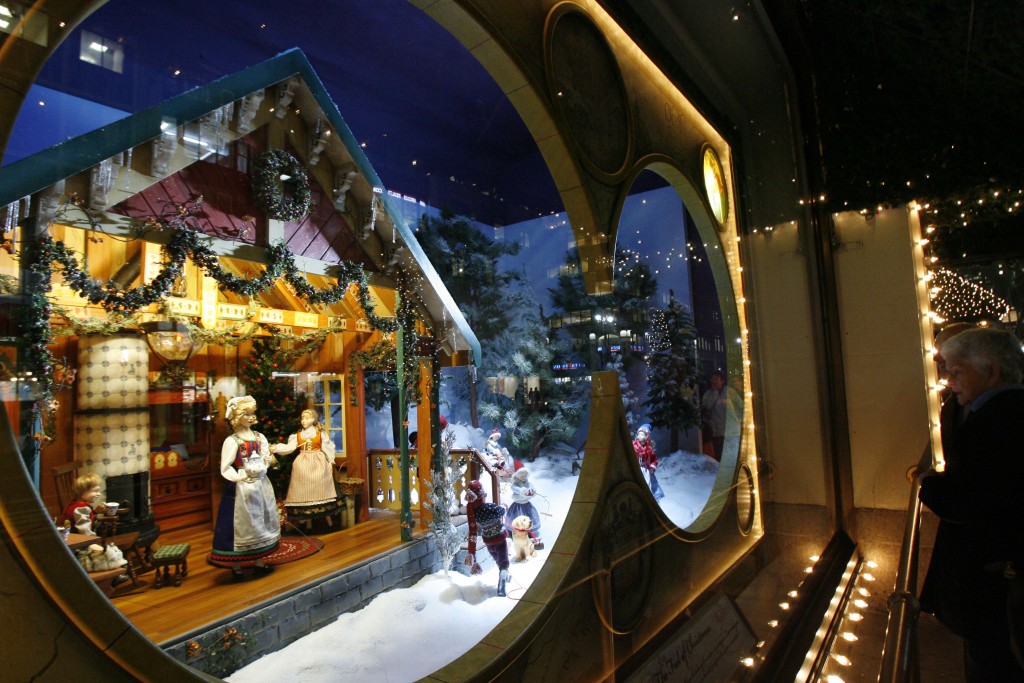 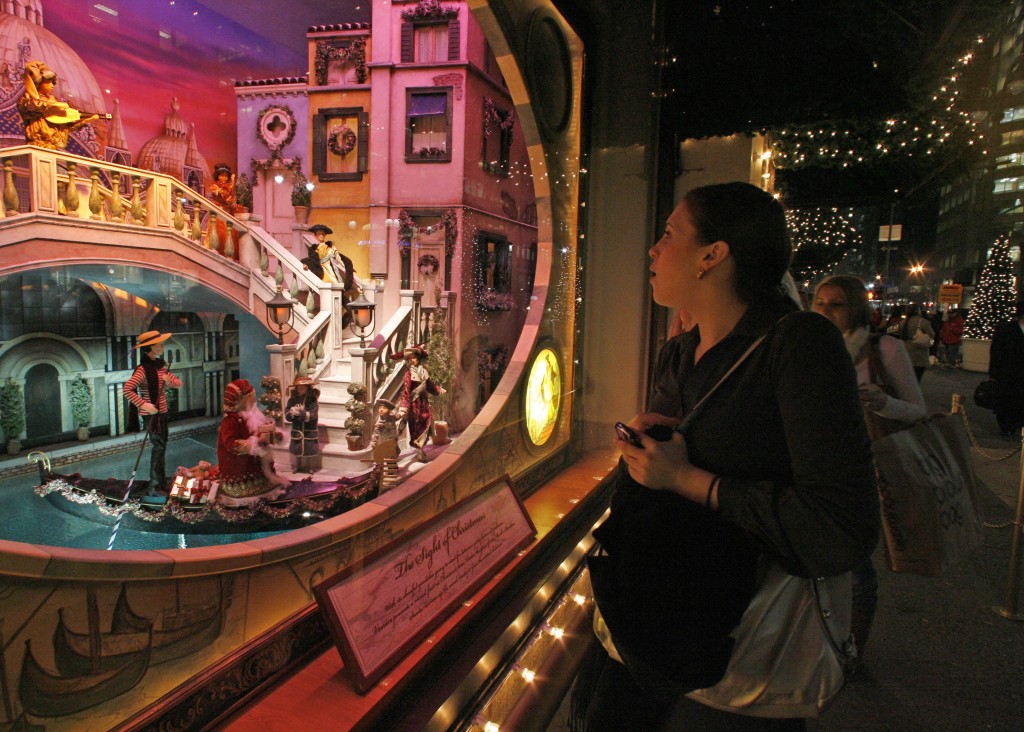 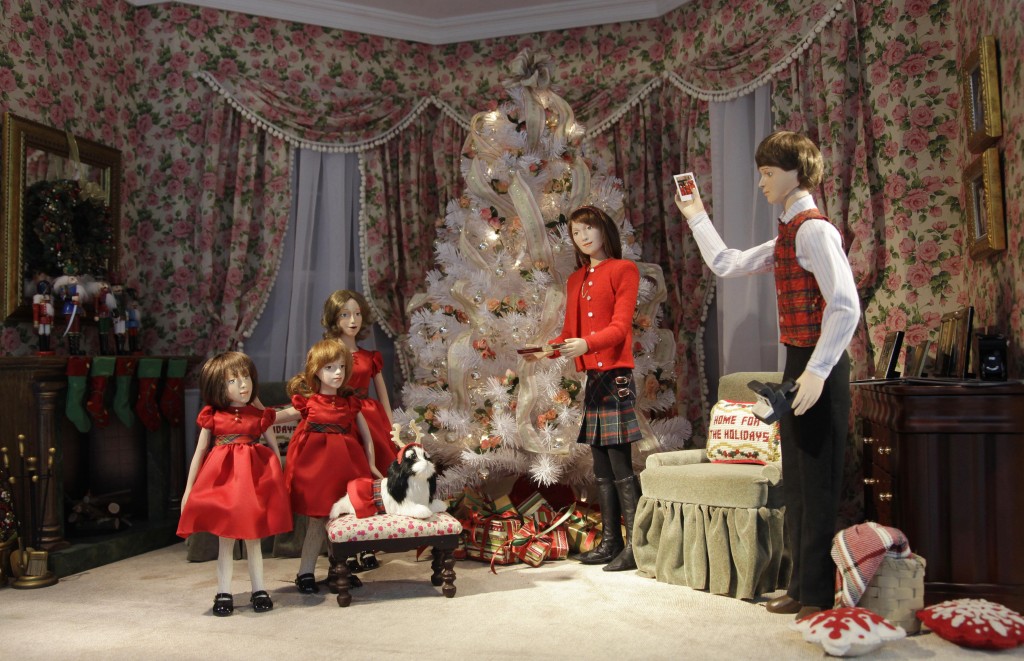 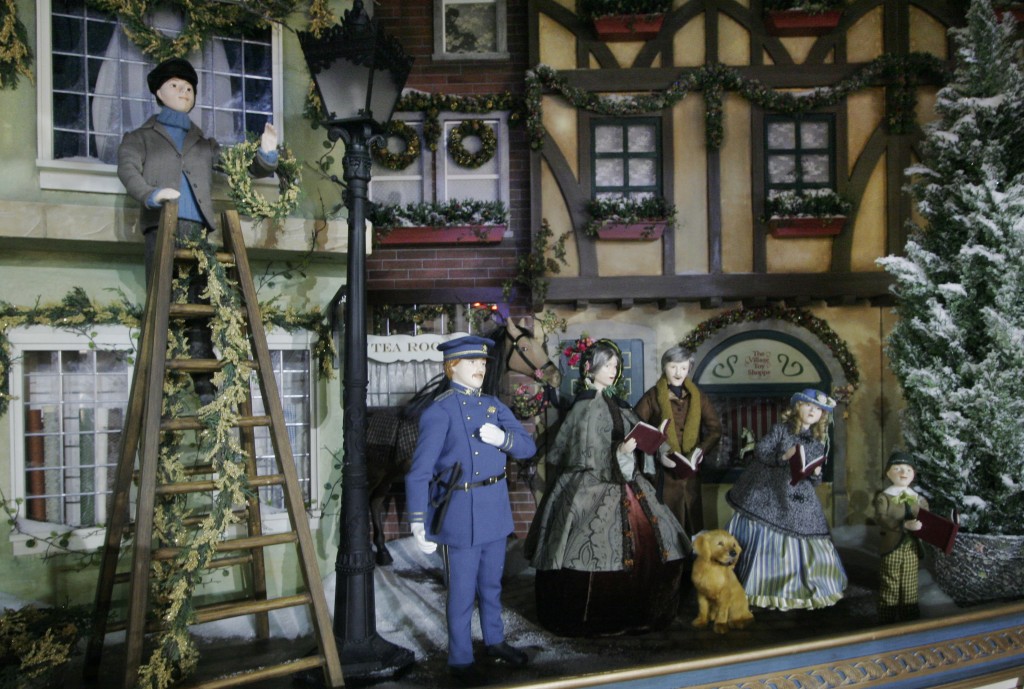 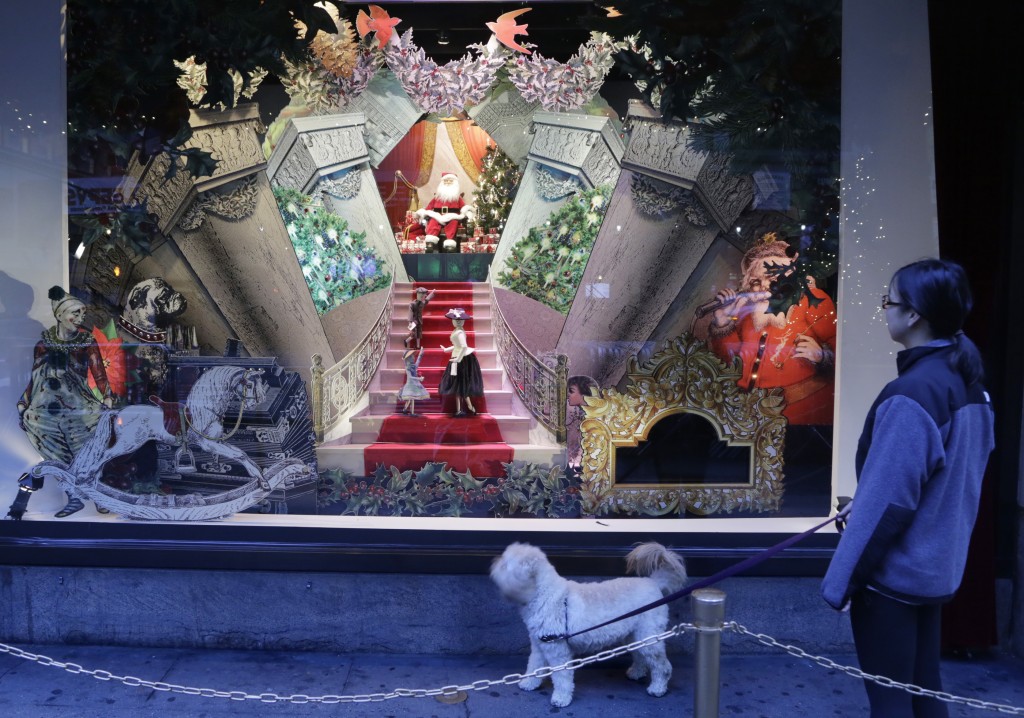 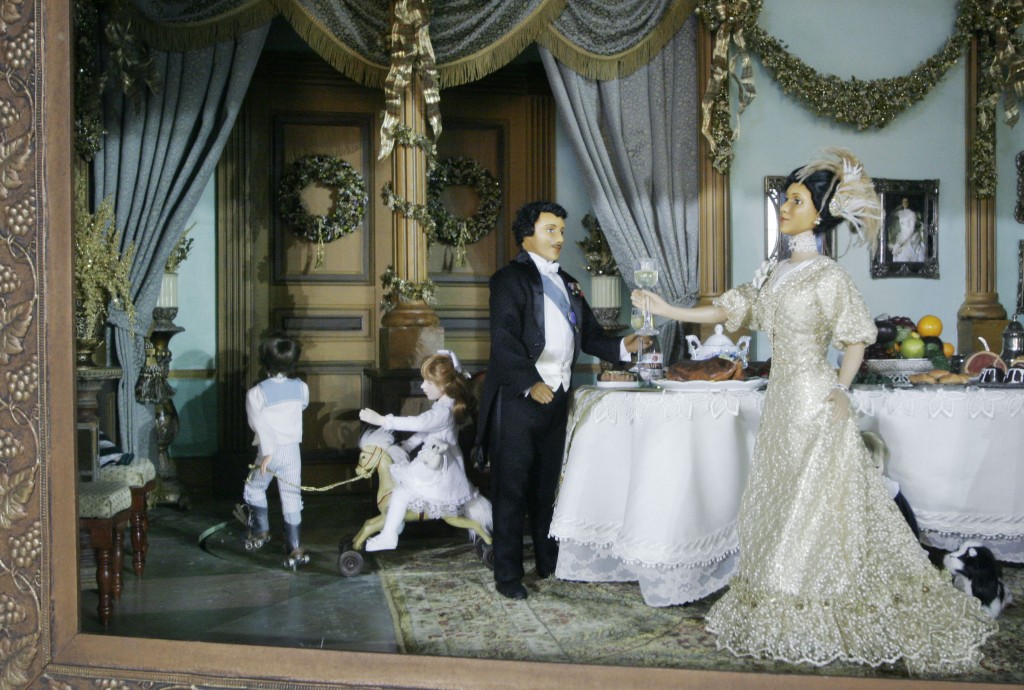 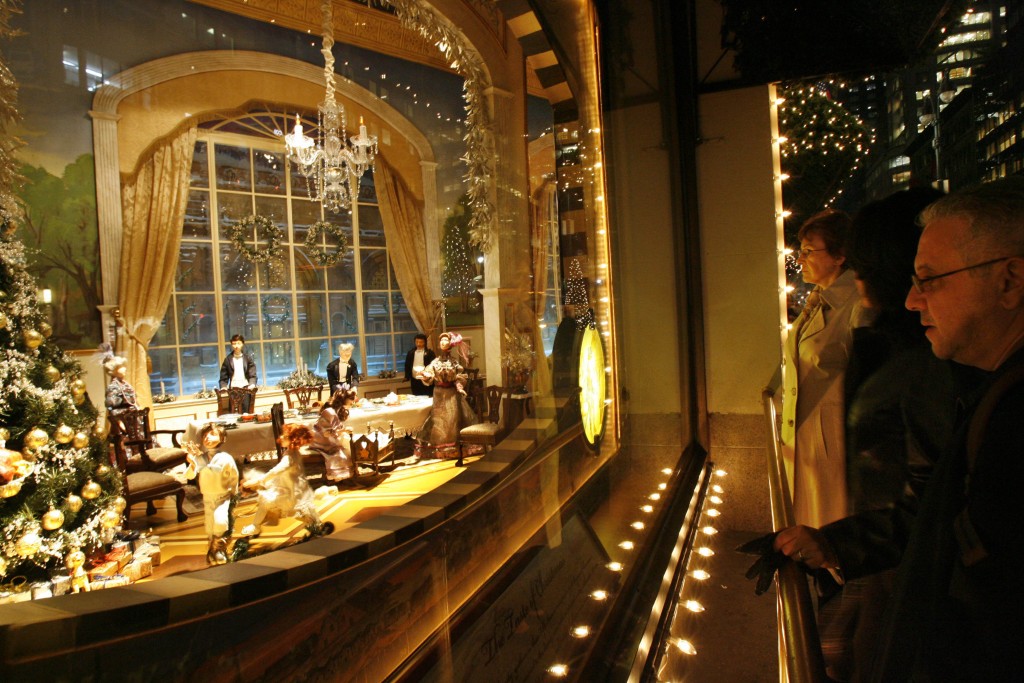 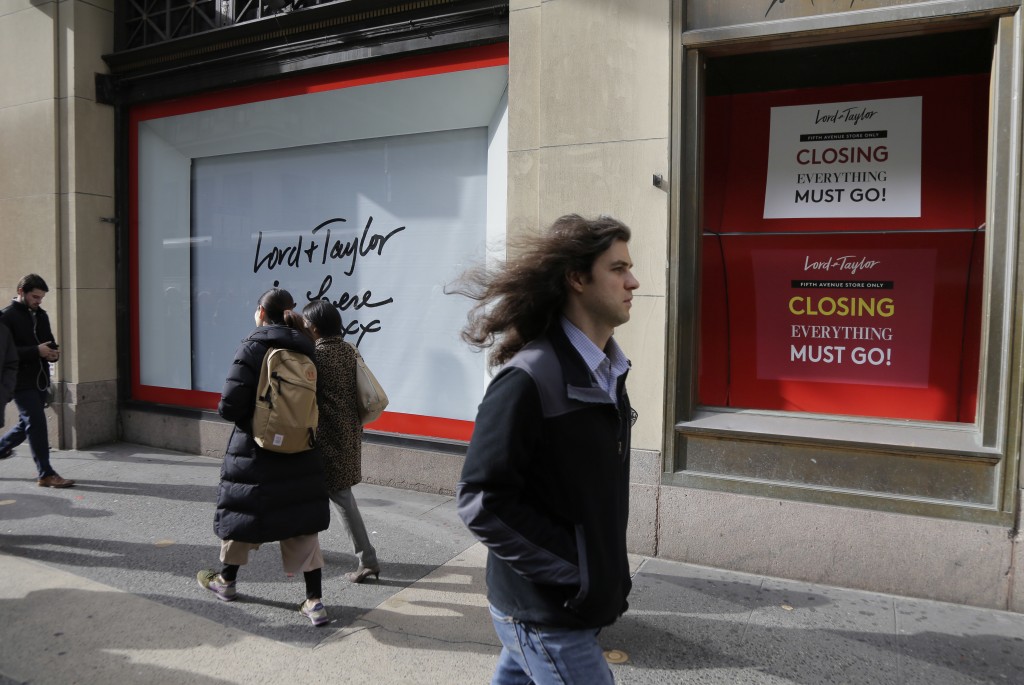 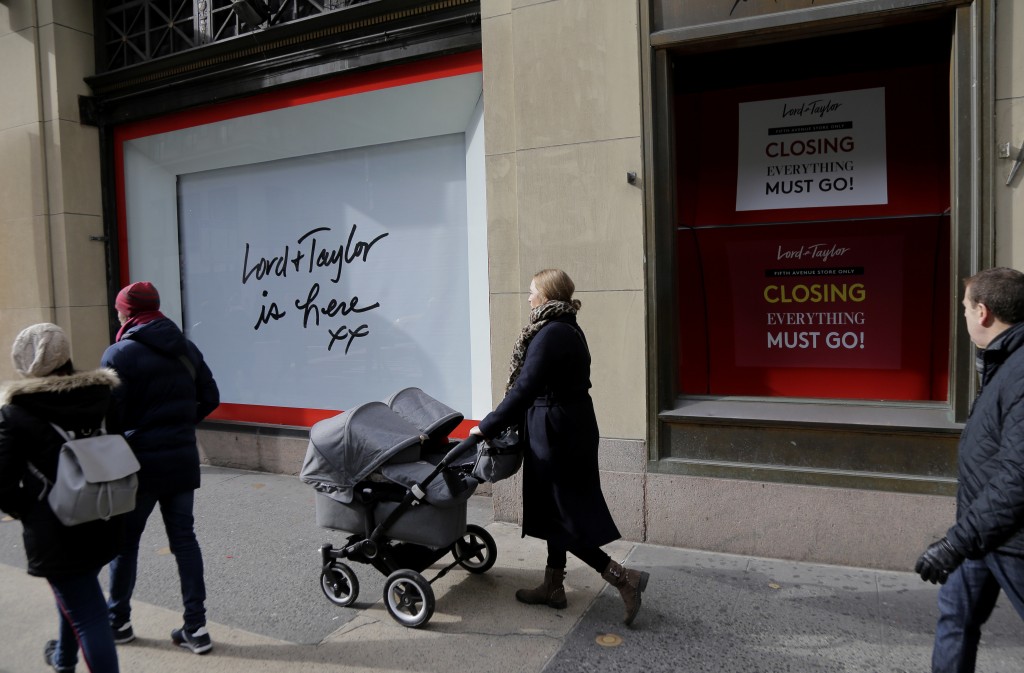 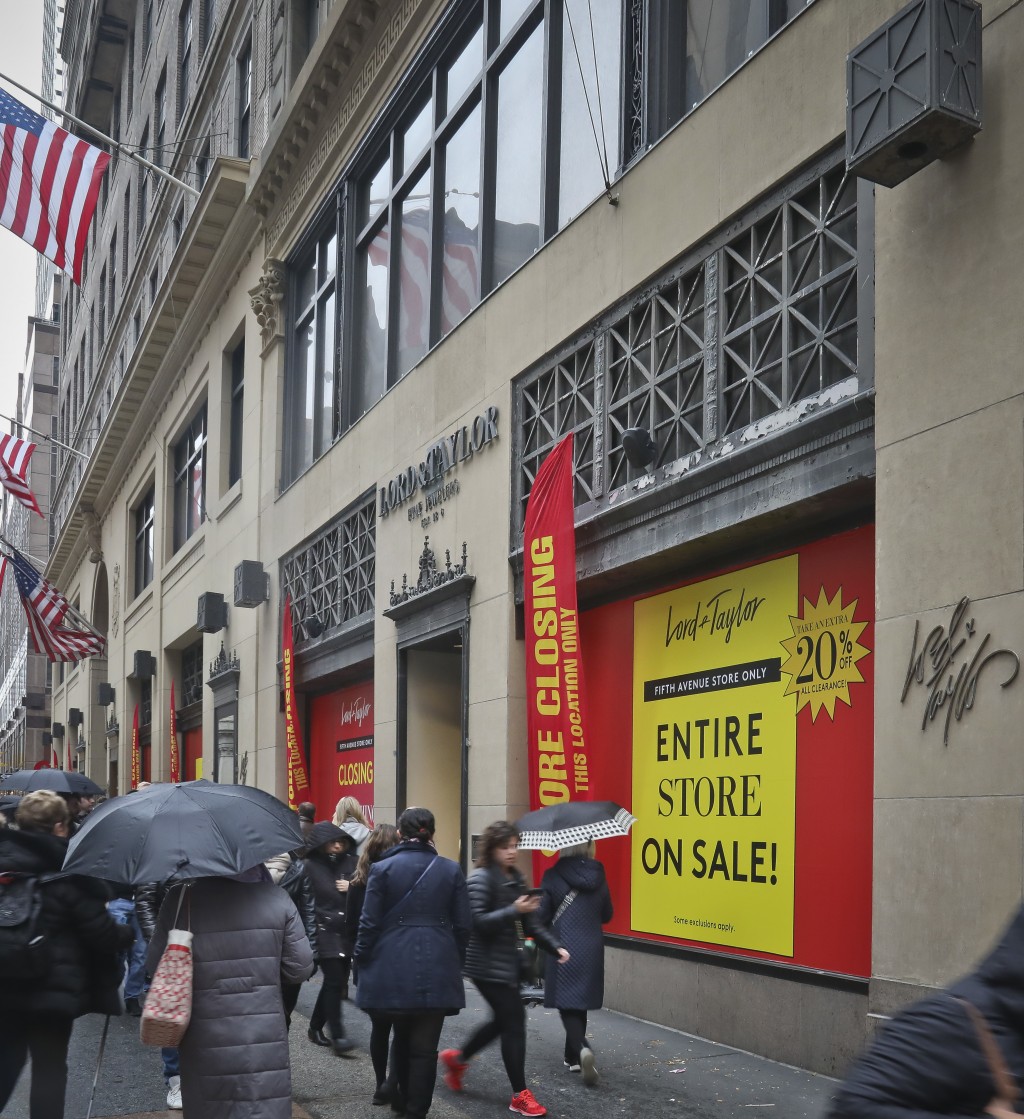 NEW YORK (AP) — For generations, the Lord & Taylor on Fifth Avenue helped define Christmas in New York. It was the city's first department store to turn its big sidewalk windows into animated, theatrical holiday displays. Tourists lined up to see them transformed into enchanted forests, gingerbread palaces and wintry cityscapes.

This Christmas season, the most notable decorations at the store are signs saying "everything must go."

Lord & Taylor plans to close its longtime flagship in January after one last blowout sale. Next year, the 11-story, Italian Renaissance-style building covering a whole city block will be taken over by WeWork, the workspace leasing company.

About 40 Lord & Taylor branches will continue on elsewhere. Holiday window gazers will have to turn to competitors like Saks, Bloomingdale's and Bergdorf Goodman, which competed with Lord & Taylor every year for the most eye-popping display.

"I am saddened that a symbol that we New Yorkers loved will soon be but a thing of the past," said one Lord & Taylor shopper, Karen Kriendler Nelson. She said she had lots of fond memories, including having makeup applied to her teenage face amid the ground-floor perfumes. "What I remember most were the magical windows at Christmas, where we patiently waited in line for our turn to see them more closely, and then got on the line again and again."

The demise of the Fifth Avenue store fits into the bigger picture of a shifting economy in which brick-and-mortar retail has taken a hit from online sales.

In June, Hudson's Bay Co., the Canadian behemoth that has owned Lord & Taylor since 2012, announced it was closing various stores due to the company's "increasing focus on its digital opportunity and commitment to improving profitability."

WeWork and several investors aim to close the $850 million deal to buy the Fifth Avenue building by the end of January.

Founded in 1826 on Manhattan's Lower East Side, Lord & Taylor became one of the nation's first big department stores, run by two English-born cousins, Samuel Lord and George Washington Taylor. The store occupied several locations before opening at Fifth Ave and 38th Street in 1914 in a regal home that included a concert hall with a pipe organ, elaborate dining rooms, a gymnasium, and a doctor's and dentist's office.

Lord & Taylor established itself as a pioneer of holiday windows by adding motion to what had been static displays. During an unseasonably warm November in 1938, Lord & Taylor created a snow "blizzard" behind glass using cornflakes, with signs announcing "It's coming! Sooner or later!"

Saks Fifth Avenue soon emulated Lord & Taylor with its own crowd-pleasing display. Other department stores followed. Over the years, the displays became a creative arms race, featuring the most lavish, fantastical holiday scene designers could imagine.

On a recent chilly day, some once elegant floors in the building resembled flea markets overrun by bargain-hunters.

"If you're a retailer these days, you're wiped out if you don't make the goods either better or cheaper," said Robert Greenstone, a New York commercial real estate broker. "And recently, Lord & Taylor was neither. The merchandise was ordinary and you could find it in other stores."

The city gave the building landmark status in 2007, which means some alterations to the building made by WeWork will have to be approved by the city.

Plans feature a preserved glass rooftop courtyard, restoration of balconies on the street facades and expansion of retail windows to their original size. Also being saved are the Lord & Taylor limestone shields and cast-iron cresting on the Fifth Avenue facade.