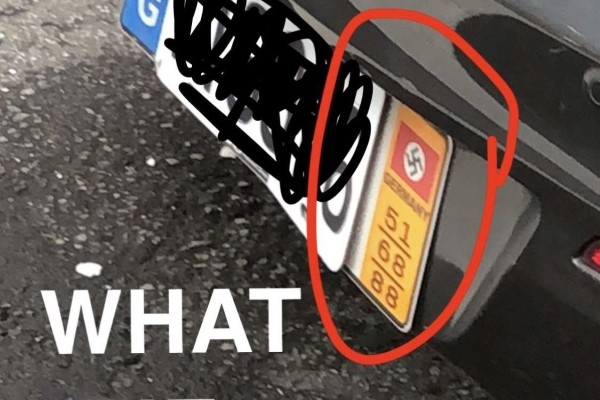 The 23-year-old student, who prefers to stay anonymous, noticed a black four-door sedan parked in front of a 7-Eleven near the Wende MRT Station with a Nazi decal next to its license plate. In the photo, the EU symbol can be seen on the left of the license plate, while a Nazi swastika flag is clearly visible with the word "Germany" written beneath it.

Also below the swastika are the numbers 516888, which is a homophonic with the Chinese phrase "我一路發發發," which means "I am all the way rich rich rich." The photographer circled the swastika in red and incredulously wrote in all caps "WHAT," before posting it on the social media platform Reddit yesterday.

This photo is yet another example of a slew of sightings of the Nazi symbol in northern Taiwan in recent years, including a hair salon, store, and high school all in Hsinchu, as well as a group of Taiwanese demonstrators in Taipei. 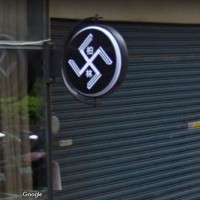