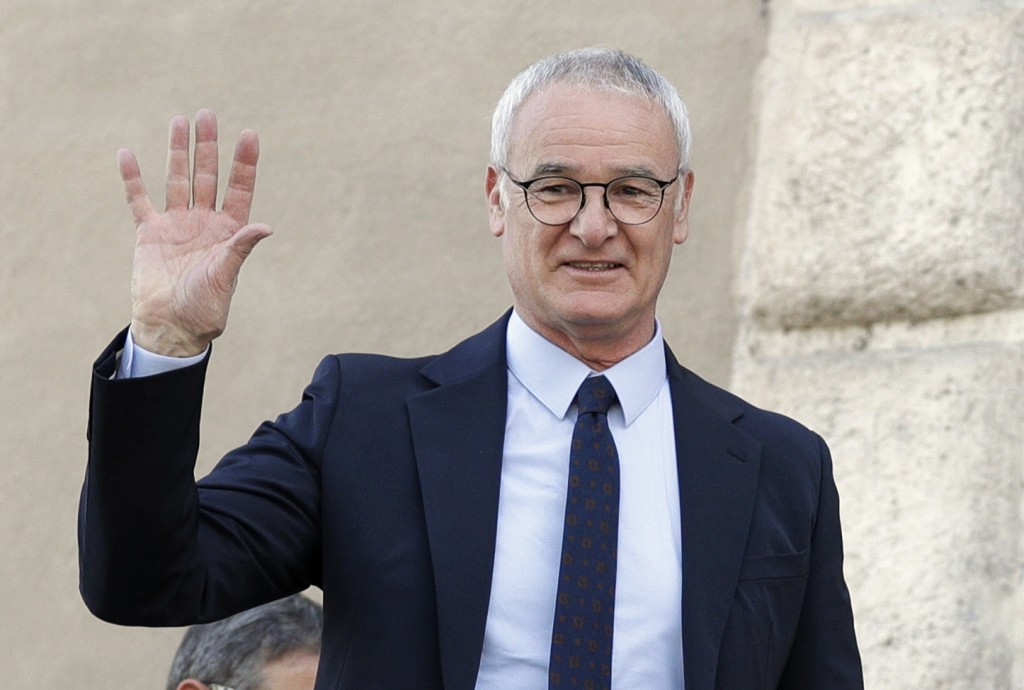 Before burgers must come the basics.

The arrival of Claudio Ranieri as Fulham coach should ensure an end to the chaotic selections, loose defending and naive approach that marked the promoted team's turbulent first three months back in the Premier League under now-departed manager Slavisa Jokanovic.

Soccer is a simple game to Ranieri, who values hard work, togetherness and typically a straightforward 4-4-2 formation more than anything else.

They were the enduring virtues of his Leicester team that pulled off the most improbable title triumph in English soccer history in the 2015-16 season, so expect Fulham to show similar characteristics under the amiable Italian as he bids to steer his new side to safety.

Ranieri has taken over a team that is in last place in the league with five points from 12 games and the worst defensive record of any professional side in English soccer — with an average of nearly 2.6 goals conceded per match. Jokanovic sent out Fulham to play in an expansive and open style that allowed them to be picked off with ease. He never fielded the same back four.

No wonder Ranieri said his priority is sorting out the defense and finally keeping some clean sheets, with the reward for them being a trip to fast-food chain McDonald's for burgers. Famously, pizzas were Ranieri's gift to Leicester's players for shutouts early in their title-winning campaign.

"Now I have to choose players who show me fighting spirit," Ranieri said upon being presented as Jokanovic's replacement.

Compared with masterminding a title victory for Leicester over the superpowers of the Premier League, keeping Fulham up should be child's play for the 67-year-old Ranieri.

Fulham, after all, is only three points from safety. It has 26 games left to play. It has a squad containing more than 100 million pounds worth of new talent bought in the offseason. In theory, there are at least three rival teams less equipped than Fulham to stay up.

"This Fulham squad has exceptional talent that is contrary to its position in the table," Ranieri said.

He could hardly have a kinder first match in charge either, a home game against a Southampton side that has failed to score in half of its league games so far and has only one victory this season.

Ranieri needs to settle on a goalkeeper — Jokanovic played three in the first 12 games — and a fixed back four. He needs a central midfield combination that provides better protection to his defense and must get more out of 18-year-old Ryan Sessegnon, who was Fulham's standout in the second-tier Championship when playing on the left wing but has sometimes played left back this season.

In attack, can Aleksandar Mitrovic and Andre Schuerrle be Fulham's version of Jamie Vardy and Riyad Mahrez, the Leicester attacking pair that excelled under Ranieri? The combinations have very different profiles — where Vardy had sheer pace, Mitrovic has presence and strength; where Mahrez was all about touch and technique, Schuerrle has a lethal shot and an eye for goal — but their importance to the team is similar.

Ranieri must also instill a new mindset into the team.

"I think now it is important to not think about miracles, but think about a lot of battles and be ready together," Ranieri said. "I repeat, together. The club, the players, the fans — together."