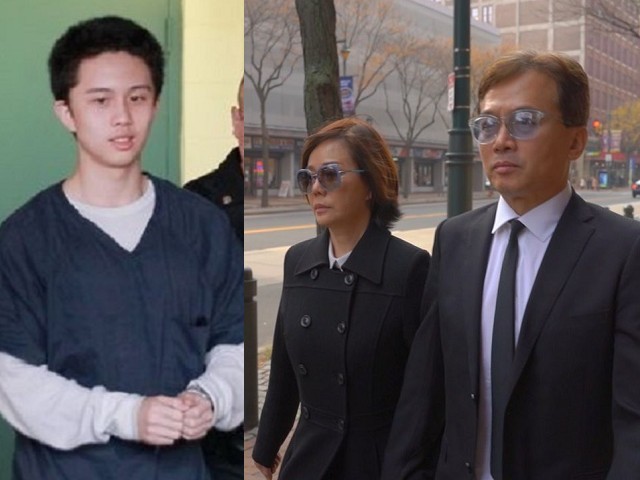 TAIPEI (Taiwan News) -- On Monday (Nov. 19), news broke that Taiwanese terror suspect An Tso “Edward” Sun (孫安佐) will soon be released from prison. However, his celebrity parents may not yet be breathing a sigh of relief, in that they may need to spend more than the NT$100 million already burned through during his defense in the U.S., as he may face more charges and fines in Taiwan.

The son of celebrities Di Ying (狄鶯) and Sun Peng (孫鵬) was detained on March 27 after a fellow student reported a threat he made to "shoot up" his school in Pennsylvania on May 1. Though he claimed the alleged threat was just a joke, subsequent searches turned up 1,600 rounds of ammunition and a handgun he had built himself, according to police statements.

All told, Sun's parents have burned through NT$100 million in property assets, including an NT$86 million mansion, to pay for her son's legal defense over the past eight months, reported Liberty Times. However, more costly lawyer's fees may be in the pipeline as Sun could face legal sanctions in Taiwan once he returns, according to the news channel News Digging (新聞挖挖哇).

A legal analyst told the news channel that possessing guns and ammunition is illegal in Taiwan and, even though he committed the crime in the the U.S., he could also be penalized here to "safeguard the moral code of public order and good customs of this country." The expert cited the example of a drug offender who committed crimes abroad, but was then tried again upon returning to Taiwan.

If there was evidence, Sun could be tried for the same crime and given a prison sentence in Taiwan. On the other hand, Pennsylvania is far away and "unless the U.S. is willing to transfer evidence back to Taiwan, he cannot not be found guilty." Nevertheless, he may still be given a suspended sentence of less than two years, plus a "huge fine," said the analyst.