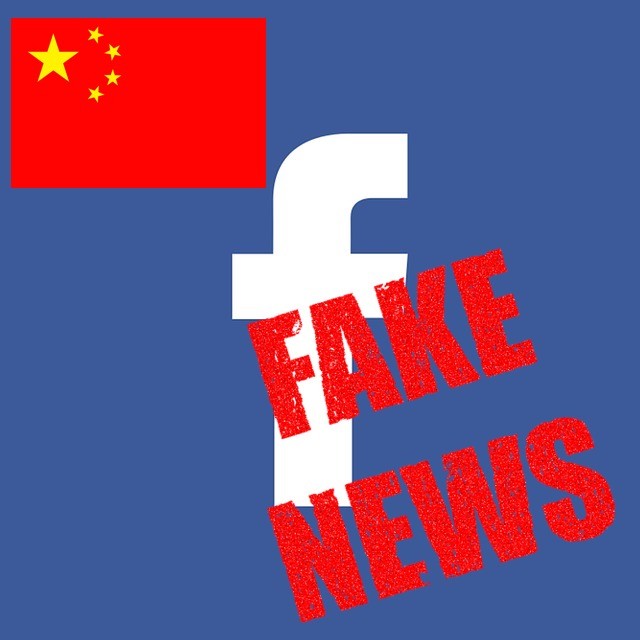 KAOHSIUNG (Taiwan News) -- This has been the final week of campaigning in what has proven to be one of the most hotly contested elections in Taiwan’s history.

It is a process which should have reaffirmed the value and importance of a democratic system, allowing people to decide on who should represent them on the basis of what they and their parties represent.

But in Taiwan, like just about every other functioning democracy in the world, the democratic process has found itself under sustained attack from authoritarian regimes who seek to undermine democracy as a tool to strengthen their own grip on power.

While the US and Europe have pointed the finger of blame for election interference squarely at the Russian regime of Vladimir Putin, in Taiwan, there is another main culprit and it is, of course, Communist China.

There are various ways in which the Chinese Communist Party (CCP), which still maintains it flawed claims to sovereignty over Taiwan, have sought to interfere in the democratic process on the self-ruled island.

These nefarious activities range from Taiwanese media companies controlled by Chinese capital being accused of allowing the CCP to influence their coverage of the election, to bankrolling the campaigns of pro-Beijing KMT candidates, enabling them to finance banquets, gifts, and memorabilia for voters in targeted constituencies.

In this article, we are going to take a closer look at the most prominent tool that has been used by the CCP to try to influence the democratic choices of Taiwanese citizens: fake news.

A plague of fake news

Earlier this month, President Tsai Ing-wen (蔡英文) took to her Facebook account to urge Taiwanese voters to stand up to the scourge of online all fake news, to which she has pointed to as being used to suppress Taiwan’s democracy.

She reiterated this in her recent meeting with the US think-tank, the Center for Strategic and International Studies (CSIS), and has been pressing home the message at every possible opportunity on the campaign trail and in the local media.

The fact that China is spreading disinformation to try and influence Taiwan’s elections is now well beyond any dispute. The Taiwanese government has highlighted many cast-iron examples, some of which were highlighted in our recent analysis of the rise of Han Kuo-yu in Kaohsiung. The fact was also confirmed in the recent U.S.-China Economic and Security Review Commission (USCC) report to the Congress.

People of all political persuasions in Taiwan accept that fake news is a factor in this election campaign, even if those of a pan-blue persuasion try to blame it on the DPP. The problem is nobody really knows what exactly to do about curtailing it.

Why fake news is so effective in Taiwan

There are a number of factors making Taiwan a fertile breeding ground for fake news stories. It has one of the highest internet penetration rates in the world, and a whopping 80% of Taiwanese people have Facebook accounts. The internet, and especially social media sites like Facebook, are where fake news can rapidly spread unchecked and unverified.

In addition, Taiwanese people are not often taught to think critically about information when it is presented to them. The education system here is dedicated to creating people who can retain information and regurgitate it in exams. There is no focus on considering the accuracy of information or analyzing what it means. This produces Taiwanese people who can be easily persuaded by a news story, regardless of how improbable it sounds. To many, it just doesn't occur to them that it might not be true.

This is especially the case when the information comes to them on social media via a friend, colleague, family member, or someone else they trust. Many people here live in an echo-chamber, a small social circle where almost everyone shares the same views and opinions. As a result, when a story reaches them that reaffirms their opinions, they accept it without question.

Few think to ask themselves how probable a story is or where the information they are reading read is coming from. They don’t stop to think whether the evidence supports the claims a story is making, how old the story is, who wrote it and, most crucially of all, if it originated in China. All of these things can help determine whether a story is true or not.

Sometimes an issue can arise which pushes people to the other side. This can be a genuine issue or a false one.

During this election, it is the Tsai Administration’s public pensions reforms which have alienated a great many people and pushed a lot of disgruntled voters firmly into the KMT camp, even though there is no real suggestion that the KMT will reverse the policy. This is a true story and an example of how democracy should work. If you don’t like your government’s policies and they haven’t communicated them well enough, then vote for someone else.

Nevertheless, there have been a number of fake issues, too. There has been a stream of stories about the DPP administration trying to push Taiwan away from its traditional Chinese cultural roots. One fairly recent example of this was the false accusation of plans to ban the burning of incense in temples. The story was proved to have originated in China, yet it still took hold and saw many Taiwanese taking to the streets in protest. Even after the story had been comprehensively debunked, many people were still discussing it as if it were true, and it will have continued to impact their political views.

How to tackle the fake news epidemic

The dilemma is how to minimize the impact of the fake stories without impacting freedom of speech around the real ones.

In September, Taiwan’s National Security Bureau announced the establishment of a Big Data and Public Opinion Task Force to monitor the spread of disinformation on social media, especially fake news stories that aim to manipulate public opinion in Taiwan. Many government departments have also created pages on their websites to try to correct false stories in their policy areas. The problem is that these bodies are not independent, and their information is therefore easily dismissed as partisan.

Earlier this year, the Taiwan Fact-Checking Center was established by local NGOs. This independent body is an admirable development, but is operating on a very low budget and has not yet managed to address any of the multiple stories that have been circulating during this election campaign.

Most fake stories can be debunked pretty easily, but the problem is getting accurate information into circulation. By having a website constantly updating and providing information about false stories, identifying social media accounts that are spreading accurate information, and a team of people adding accurate comments to existing social media posts, the tide could start to be turned. Persuading people to use this fact-checking site and even to submit stories to it for assessment would take time but could prove effective if public trust can be established.

The Taiwanese Government should commit significant funding to this center, giving it the resources it needs to tackle all fake news story that are circulating in Taiwan in this way. But crucially, such a center must be totally independent, with its funding guaranteed, and no direct links to the government or either main political party.

Another way to combat fake news is to develop a mainstream media that people can trust. Unfortunately for Taiwan, TV news and newspapers are partisan, focused on ratings rather the quality of their output, and financed from overseas, in many cases China. To address this, Taiwan should legislate to ban direct and indirect Chinese ownership of Taiwanese media outlets, as such a system serves only as an outlet for propaganda. There is also an argument that Taiwan would benefit from an independent public service broadcaster which is duty-bound to broadcast factual, non-partisan news and current affairs.

If a mainstream media outlet is found to have reported a fake news story, there should also be a legal requirement placed upon them to issue a prominent retraction and apology, and possibly an erstwhile financial penalty, too. This would incentivize TV news and newspapers to check the details of what they report much more thoroughly.

In her national address on "Double Ten" Day, President Tsai said, “We will relentlessly prosecute cases of creation and spread of untruthful information [and] interference in elections and politics if there is solid evidence. We will [also] bolster cooperation with other countries to counter systematic disinformation campaigns originating from certain countries.”

She is right to pledge this, but the fact is that most fake news stories are created by people in China who are out of reach of the Taiwanese legal system. To threaten to prosecute individuals for sharing fake news stories would potentially threaten freedom of expression and online freedoms in Taiwan, which no one would advocate. There could be a case for prosecuting individual politicians, political parties, and other groups for deliberately sharing fake news stories, yet even that approach risks opening up a real vipers' nest of lawsuits.

In the long-term, Taiwan really needs to equip its people with the skills they need to assess the truthfulness of news stories by themselves. This means making significant and long-overdue changes to the education system in Taiwan to ensure that people are able to think critically and judge what is and isn’t true by themselves.

If such an approach is going to have an effect in the near future, there also needs to be an attempt to give older people these skills. As we reported last week, it is the gullible older generations who are propelling the likes of Han Kuo-yu towards office. The development of free and fun online educational activities and courses could be one way to do this.

It will not be easy, but unless the spread of fake news can be countered, it could threaten the very essence of Taiwan’s hard-fought democracy and sovereignty. 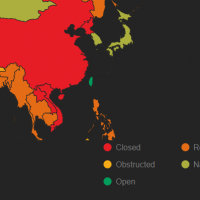