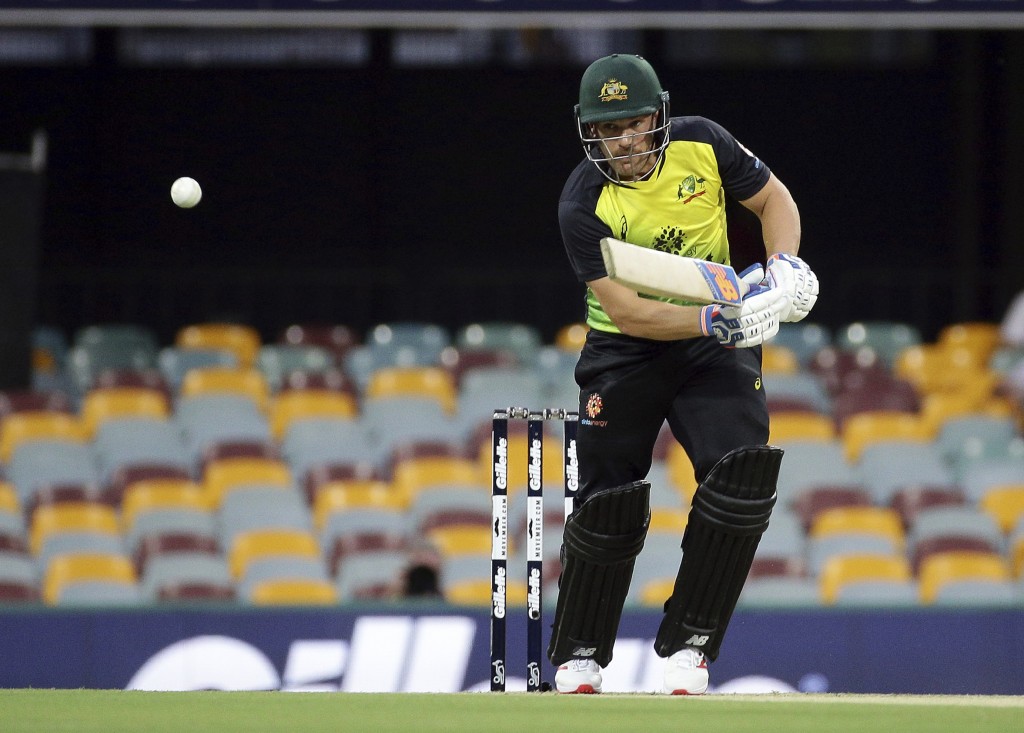 MELBOURNE, Australia (AP) — Australia selectors have drafted in uncapped Marcus Harris, recalled Peter Handscomb and picked Usman Khawaja subject to fitness in a bid to bolster the batting stocks in a 14-man squad for the first two tests against India next month.

There was intense conjecture about the composition of the squad for the Australia's first home test series since the ball-tampering scandal in South Africa in March led to 12-month bans for captain Steve Smith and vice-captain David Warner and a nine-month suspension for opening batsman Cameron Bancroft.

Harris has been a leading contender for a call to duty for the first test at Adelaide starting Dec. 6 following his 250 not out for Victoria in a Sheffield Shield game against New South Wales last month. Since moving from Western Australia to Victoria, Harris has scored 1,951 first-class runs at an average of almost 48.

"Not only has he made plenty of runs, he's displayed the mental application we believe is required to compete at test cricket," Hohn said in a statement.

Handscomb will be vying for a middle-order batting spot with Travis Head, who was part of the Australia squad that lost a two-test series 1-0 to Pakistan in the United Arab Emirates last month. Marnus Labuschagne, who played both tests against Pakistan, has been dropped and Khawaja, who injured his knee after helping Australia salvage a draw in the first test in the UAE, is expected to start in the top order if he gets through a Sheffield Shield game for Queensland.

The squad will be led as expected by wicketkeeper Tim Paine, and opener Aaron Finch has held his place in the squad. Finch is leading Australia in a three-game T20 series against India which concludes on Sunday. There was again no spot in the test lineup for allrounder Glenn Maxwell.