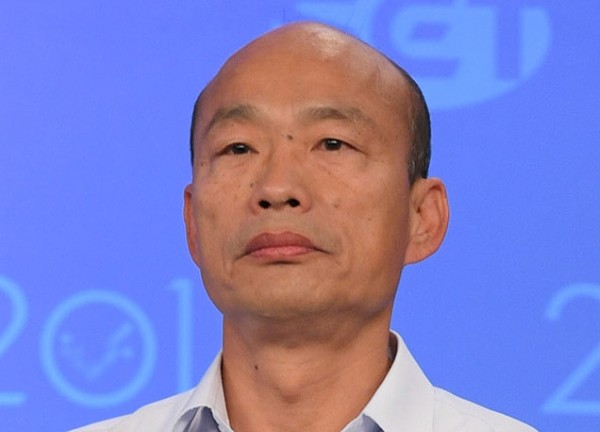 TAIPEI (Taiwan News) -- After what is generally believed to be lackluster performance in his debate with his Democratic Progressive Party (DPP) rival on Monday, Kuomintang (KMT) Kaohsiung mayoral candidate Han Kuo-yu (韓國瑜) yesterday said the lip balm a makeup artist applied made him feel uncomfortable.

On Monday night, Han squared off with DPP Kaohsiung mayoral candidate Chen Chi-mai (陳其邁) in a televised head-to-head debate ahead of the Nov. 24 election. During the debate, Han, who has only lived in Kaohsiung for a year, struggled mightily to answer Chen's questions on transforming the city's 16 fishing ports into modern harbors and collecting taxes from petrochemical plants.

In both cases, he tried to dodge the questions and did not use the full three-and-a-half minutes allotted to answer the questions. In the first few minutes of the debate, Han could be seen frequently licking his lips and drinking water, before rubbing his mouth with a tissue.

On Wednesday (Nov. 21), Han told the media that he had never worn makeup before, but he had decided that, since it was a televised debate, he would have a Sanlih E-Television makeup artist apply powder to his bald head and face. However, he said that his mouth started to feel dry, so she applied some lip balm.

Han said that during the debate, his lips felt sticky and his throat started to become sore. He drank some water, but to no avail. Then, he says he took a tissue to try to wipe the caustic ChapStick off his lips.

When asked by reporters if he felt the lip balm hindered his performance, he said "No, it was just that it was not convenient to speak. Because I never wore lip balm before, I wasn't able to adjust to it!"

However, prior to the debate, video footage of the makeup artists hurriedly powdering his face shows no evidence of lip balm being applied. In Han's defense, political commentator Hsieh Han-ping (謝寒冰) said to TVBS, "When you view the footage from different angles at different times, you will actually produce different results. Based on my personal interpretation, at the least, the message I get from Han Kuo-yu is that it was lip balm."

Reporters then asked Chen about when he got close to Han to hug him at the end of the debate, if his opponent's lips were glossy and shiny. Chen said, "Last time the talk was about earphones, now it's about lip balm, how could there be so many problems? If [Han Kuo-yu] has some free time, drinking a little honey lemon tea is pretty good too." In response, several of the reporters laughed with glee.

When asked by the media to comment on the the lip balm controversy, Sanlih E-Television said it had "no response."