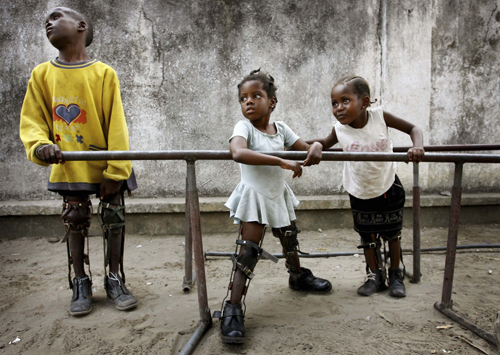 Over the last decade of his life, former U.S. President Gerald Ford enjoyed a steady rise in his reputation, his pardon of Richard Nixon increasingly praised as the height of political courage, his moderation and modesty seen as refreshing during a time of division.
But so often has Ford, who died Tuesday at age 93, been labeled an underrated president, that historians now differ on whether he has become overrated.
"Ford will probably be remembered - too generously, I think - as the man who settled the country down after the 'long national nightmare' of Watergate," said Princeton University scholar Sean Wilentz. "I would say that Ford ranks somewhere in the middle of the pack. He was a modest, good-natured man of center-right views, often open to compromise."
Ford was "steady and honest" and had a lot of integrity, said Tulane University historian Douglas Brinkley, whose biography - a favorable biography - of Ford will be published in February, on President's Day.
"After his death, fathers were able to turn to their kids and say, 'That was a good man.' You can't say that about a lot of politicians."
No one disputes that Ford was honest and likable and a needed change from the operatic extremes of the Nixon administration. Even opponents find him a far more able politician than the stumbling buffoon Chevy Chase immortalized him as on "Saturday Night Live."
But Wilentz said he believes Ford is an example of "the limits of judging presidents on the basis of their personalities," an opinion others share; being a nice man didn't make Ford a great leader.
Kevin Phillips, whose books include biographies of the Bush family and President William McKinley, cites Ford's gimmicky campaign against inflation, the Whip Inflation Now buttons, and his inability to shape events in Vietnam.
"He had no particular grasp of where the economy was going," Phillips said. "And he had no particular grasp on what do about Southeast Asia. It wasn't his fault what happened there, but he had no ideas on what to do about it."
Brinkley mentions Vietnam as an occasion to praise Ford for another decision much disputed in its time: allowing thousands of Vietnamese and other foreigners to be rescued during Operation Frequent Wind, the evacuation from Saigon in the spring of 1975. Numerous government officials had urged Ford only to help U.S. citizens get out.
"That shows a compassion of a very real kind," Brinkley says. "He still gets letters from the children of those people evacuated, thanking him for letting their parents out of the country. He legitimized the immigration of Vietnamese to this country and embraced them with open arms."
As Ford often acknowledged, he did not seek the presidency and had no great designs upon taking office beyond helping the country get over Watergate. Even Brinkley says that Ford was hurt by his "naivete," the lack of ego and cunning that made greater presidents such as Franklin Roosevelt more difficult to work for, but better able to have their way.
"In some ways, the closest model to Ford would be Eisenhower," says David Greenberg, who has written books on Nixon and Calvin Coolidge. "He was less of a leader than Eisenhower, but they were both kind of caretaking presidents. They were both conservative, but not right-wing ideologues."
"All the calm, good intentions in the world could not salvage his efforts to govern from the middle," Wilentz says, "or keep the harder-edged forces he brought in, notably Donald Rumsfeld and his associate, Dick Cheney, from maneuvering the administration to the right.
"Ford tried his best, determined not to fail - but the political realities in post-Watergate America were too disturbed - and singular - to secure the moderate mandate he sought."