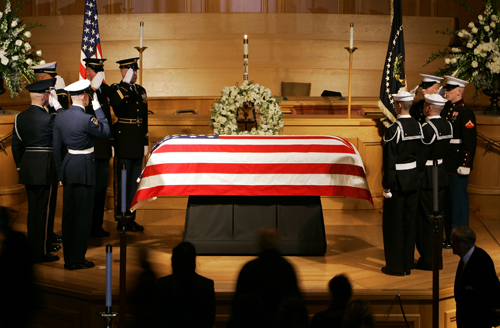 After another tense day of photographing riots, mob violence and gun battles in Congo's capital Kinshasa, I head not to the nearest bar, but to a dilapidated compound, home to children crippled by polio.
There, among dozens of twisted bodies and withered limbs, the day's tension melts away.
The 100 children at the International Polio Victims Response Committee (www.ipvrc.org) in Democratic Republic of Congo must rank among the world's most disadvantaged.
Handicapped, impoverished, often rejected or abandoned, and living in Africa's deadliest war zone, they should have little to celebrate.
Instead, the lively "polio kids" offer an oasis of hope, unity and optimism in a vast country marked by despair.
Despite their polio-damaged legs, wrapped in casts or makeshift braces fashioned from scrap metal, the children dance enthusiastically to loud Congolese music or challenge visitors to madcap games of soccer.
Photo opportunities are everywhere - boys playing naked in a sudden downpour, girls braiding one another's hair, older kids caring for younger ones, determined expressions as uncooperative legs are urged to take wobbly steps.
On several occasions, I put down my cameras to join fast-paced impromptu soccer matches, only to be run ragged and tripped by "misplaced" crutches.
"Woah, 'mondele' (white person) you must play harder," the kids taunt. After losing several times, I give up.
Notorious for its violence, and recovering from a 1998-2003 war and humanitarian crisis that killed four million people - the most lethal conflict since Word War Two - Congo recently held its first free elections in more than 40 years.
Incumbent Joseph Kabila was elected as president, but the legacy of misrule, violence and greed dating back to Belgium's colonial rule means improvements for ordinary civilians are likely to come slowly.
But the polio kids still smile, despite being thinly sheltered from the hostility outside their compound's cracked concrete walls and rusted green gate.
Some suffer from more than just polio, a viral infection that paralyzes limbs and is still present in only a few developing countries.
A few also have cerebral palsy or spasticity. Others, such as 10-year-old Lopez Vidal, are deaf. But even Lopez has created his own crude form of sign language and charms visitors with his good looks and winning smile.
Another boy, Pati Nima, 14, who was hit in the neck by a stray bullet during the war, is determined to pose by a battered blue Mercedes. He makes his way down three stairs, but stumbles.
Tangled in his crutches, his hands cannot break his fall.
His skull makes a dull thud as it strikes a concrete step.
Wincing, he quickly struggles upright for his portrait, the bump on his head rising as he smiles through watery eyes.
Run on a shoestring budget provided by donors and on slim profits from a small roadside bar, IPVRC provides basic food and spartan shelter for its 100 children in a house bereft of furniture.
Most sleep curled together without blankets on hard tiles rubbed smooth by small bodies.
The center also provides surgery to realign polio-damaged legs, allowing victims the chance to walk upright using braces.
On my last night in Kinshasa, IPVRC throws a party with music and dancing. Using a digital projector, we give the kids a slideshow of photos I've taken during visits to the center. They cheer as they see themselves on screen.
The laughter, dancing and joking go on late into the night. For a while at least, it's easy to forget Congo's troubles.