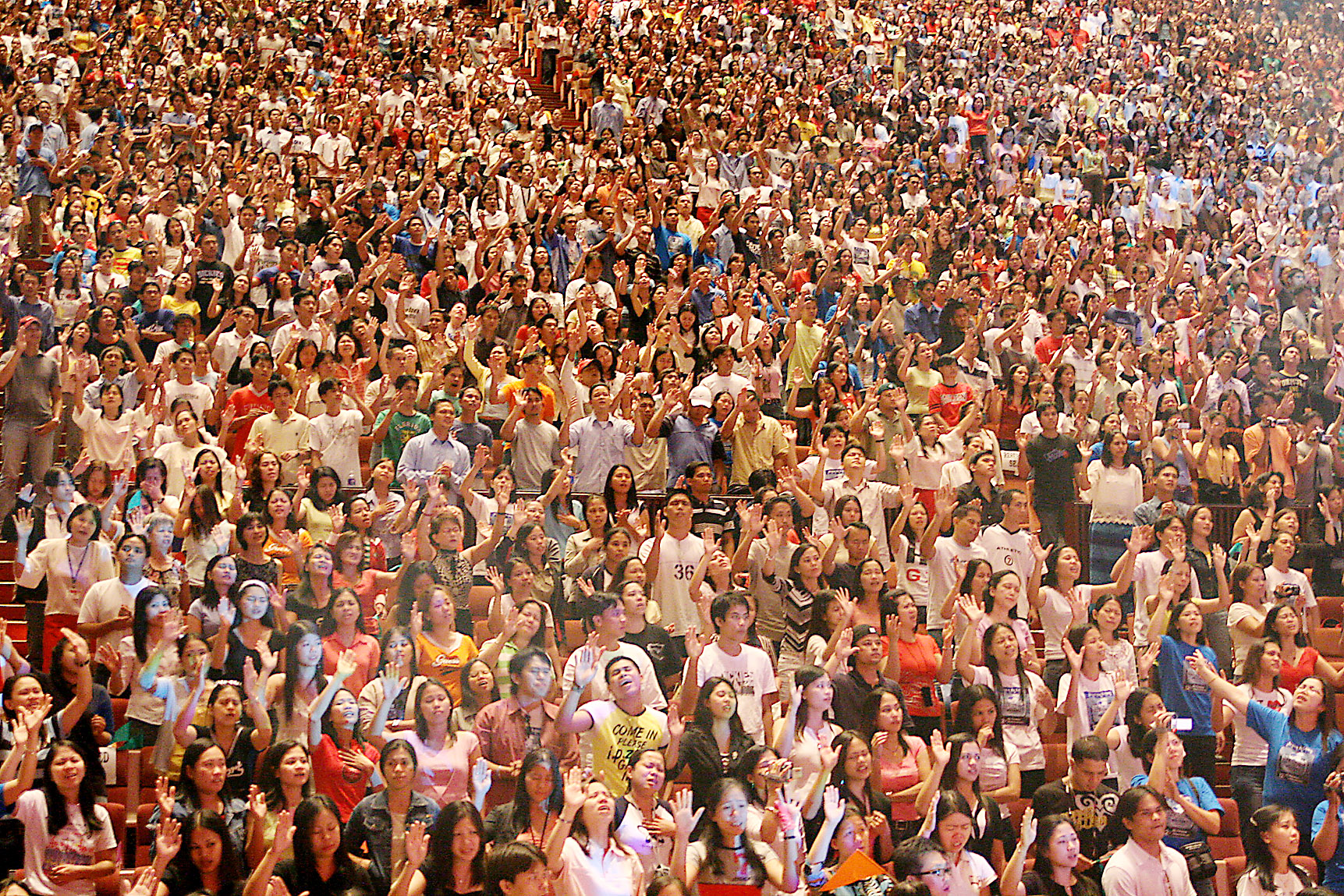 JIL in Taiwan was one of God's many miracles, church leaders said.
Twelve years ago, the group, led by factory worker Edgar Valdoria, only had 13 members. Today, it has over 10,000 members.
"The Lord was calling on us to start a church in Taiwan so we prayed," Pastor Edgar told the Taiwan News in an earlier interview.
"There were only 13 of us then but our faith was strong. Even though we did not have churches yet in other parts of the country, I declared that there would be a JIL church in every city and county."
In Taipei, the church established its first temporary center at the YMCA before moving to the Taipei Train Station Auditorium. Today, it holds two Sunday worship services at its new center on Zhongshan North Road (No. 29, 3F. Zhongshan North Rd., Sec. 3, Taipei).
Today, Valdoria and his wife, Recilyn, are working toward the realization of another vision: To start a Chinese service.
"Next year, we will be launching our Bible school for kids. This program will be seasonal; hence, we will be having Bible camps in winter, spring, autumn and summer. We want to nurture those kids and we want them to become well-rounded individuals. We are hoping to instill in them Christian values," Pastor Edgar said.
JIL Taiwan will also be formalizing its Filipinos Married to Taiwanese group, and establish more cell groups, particularly in industrial parks and places frequented by migrants, in various parts of the country.
The church will also be kickstarting its Chinese-speaking congregation in 2007, Pastor Edgar said.
"Our mission statement says it all: To bring all peoples to the Kingdom of the Living God regardless of race, color, nationality, and religious affiliation through the saving, healing and delivering knowledge of the Lord Jesus Christ," the soft-spoken church leader said. (JIL's ICARE Ministry, for instance, provides aid to less fortunate members of society regardless of their beliefs or religious affiliation.)
"We are here, not to condemn you, but to build you up. We are here to encourage you, not to tear you down. JIL welcomes everyone," Sister Recilyn added.
"We don't 'choose' people. We see people as human beings. Life is so precious to God; hence, we respect and love everyone. At JIL, no one is going to get rejected or condemned," Pastor Edgar continued.
"Wala kaming karapatan na ipagtabuyan ang sino man. Bagkus, mamahalin pa namin sila. That's what Jesus taught us. He died for our sins because He loves us. Kaya kahit na sino pa ang pumunta sa amin, I will warmly welcome them. We do not only preach transparency, love, unity and forgiveness, we go ahead and do all those. To us, everyone is a family member."
Many lives have been transformed by JIL, the church leader said.
"It's impacting their daily lives, and that's wonderful!" Pastor Edgar said.
"If they are having a tough time at work, we encourage them to be more patient and to persevere. If they cannot really endure their situation, we tell them it is best that they return home. We discourage people from 'running away.' We tell them, 'Never abscond from your jobs because that is against the law.'"
He added that he encourages JIL members to resolve their work-related issues through legal means.
"We tell them to be faithful to their work because that's their responsibility. If they are required to work on Sundays, they don't have to attend our Sunday service. They have to be responsible employees. We don't want them to risk their jobs," Pastor Edgar said.
Pastor Edgar and his wife, Sister Recilyn, have also been providing counseling services to migrants 24 hours a day, seven days a week.
"Our phone lines are open 24/7. Sometimes, distressed Filipinos would call us at 2 a.m. or 4 a.m. Marami sa kanila umiiyak. Mabigat ang problema sa pamilya, sa asawa, sa trabaho, sa broker. Humihingi ng advice at ng prayer. We welcome all calls. Pag tumawag sila, sasagutin namin. I am also aware that many of them do not have that much budget for phone cards. That's why I tell them to hang up, and I call them back. Kawawa naman kasi. Mauubos lang ang load nila," Pastor Edgar said.
"Talagang kina-career namin," added Sister Recilyn. "We are their family in Taiwan, and they are the reason why we are here."
JIL Taiwan will also be inviting top speakers to its Leadership Conference scheduled from February 19 to 21 at the Chien Tan Overseas Youth Activity Center. Bishop Eddie Villanueva, Sister Dory Villanueva and Congressman Joel Villanueva will serve as main speakers.
"The theme of our Leadership Conference is 'Son Shine.' It's been inspired by a biblical verse - Matthew 5:16 - that says, 'Let your light so shine before men that they may see your good works and glorify your Father which is in heaven.' We are expecting around 1,000 people to sign up for this life-changing event," Pastor Edgar said.
The conference will be comprised of seminars for JIL leaders and members with leadership potential.
"It's all about discovering the leader in you, and bringing out the best in you," Pastor Edgar said.
Sister Recilyn agreed.
"You could be a leader not just within the church but also in your place of work, community, and yes, your family," she said.
"The conference will bring out the champion in you," added Pastor Edgar. "We are hoping to stretch an individual's potential, and bring out the goodness in him or her. If they could awaken the leaders within themselves, they would be empowered and motivated to accomplish wonderful things. It's also about boosting their self-esteem and self-worth. Everyone is gifted with God-given talents. For you to be able to use them, you have to believe in yourself first."