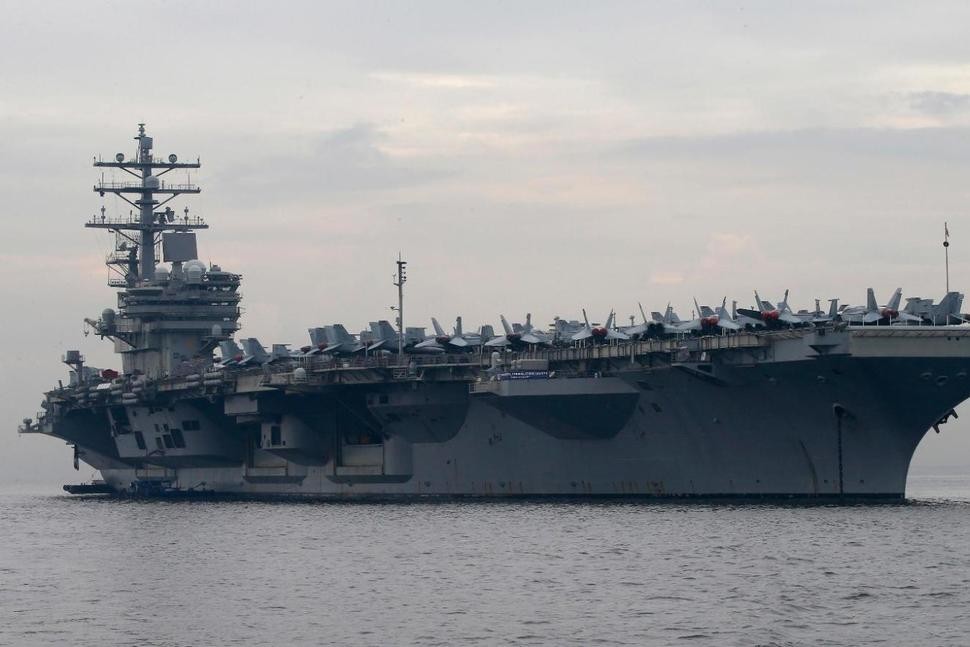 TAIPEI (Taiwan News) – With just four days left to local elections in Taiwan, the United States aircraft carrier USS Ronald Reagan was signaled in the South China Sea and was expected to arrive in Hong Kong on Wednesday morning.

Earlier, the same carrier and the USS John C. Stennis, which together had 150 jets on board, conducted air, surface, and anti-submarine drills close to the Philippines.

The movements were generally explained as a U.S. warning to China about the importance of the free passage of ships in the South China Sea and the area in general, reports said.

While the USS John C. Stennis was still close to the Philippines, statements from the U.S. military indicated that the USS Ronald Reagan had joined the frigates USS Antietam and USS Milius, which recently passed through the Taiwan Strait, for more maneuvers in the South China Sea, the Liberty Times reported.

Records from the Hong Kong harbor authorities showed that four U.S. warships were due to dock early on November 21. The list named the vessels as the USS Ronald Reagan, Curtis Wilbur, Chancellorsville and Benfold.

Taiwanese voters go to the polls Saturday to elect mayors, county magistrates and other local office holders, while also voting on 10 referendums.

The military activity also comes as China’s President Xi Jinping (習近平) is paying a two-day visit to the Philippines.