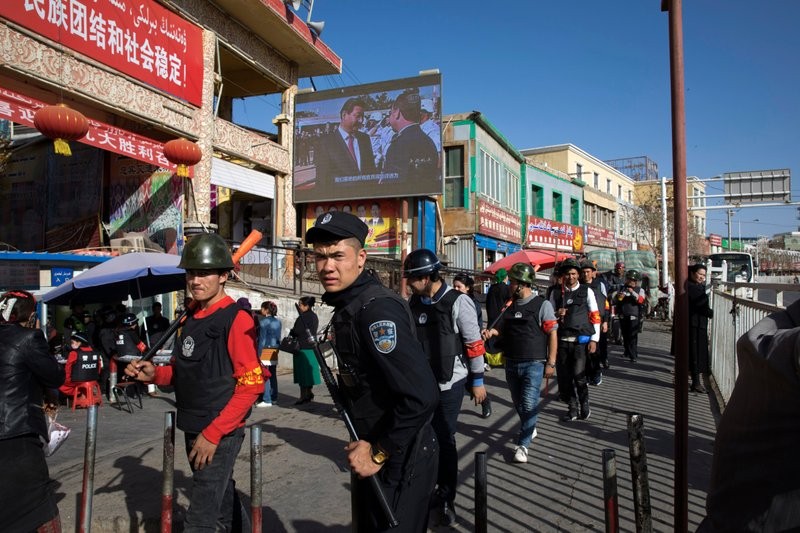 CNA reports that the CCP Stability Preservation Office division located in Xinjiang’s Hami City, known as the home of the sweet Hami melon, issued a public notice on Nov. 18 detailing 18 cases in which one should “self-surrender” to authorities.

Included on the list are: “the planning, organization or participation in any activity inciting separatism”, “establishing training camps for terrorists or providing physical or technical training for the exercise of terrorist activity” and “maintaining relations with overseas groups deemed as terrorist organizations.”

The list also encourages self-surrender if one holds any “violent terrorist” video or audio files or illegal propaganda materials, and if one privately studies terrorist materials or teaches them to children.

The notice also asks anyone using computers or mobile phones to access foreign websites prohibited by The Great Firewall to surrender.

Government action and laws regarding this issue were previously only directed at halting the dissemination of Wall-breaking software, but the notice issued by Hami authorities declares using the software a legal offense. The announcement says only light punishment will be dealt out to those who self-surrender within 30 days of transgressions. Those who have committed “meritorious deeds” may even be relieved of punishment. Authorities say citizens should cherish the opportunity for leniency or face being hit by the heavy hand of the law.

China’s Stability Preservation Office is a fairly new administrative institution with divisions at every local level that have the power to override regulations created by other branches of government. Its objective is to quell unrest so that the Communist regime may remain “stable” and survive.

The local factions borrow staff from other institutions, as well as hiring ranks of retirees and local, low-income workers for patrol duties. There has been a nationwide drive for this kind of “grassroots” surveillance work since Xi Jinping first gained power.

The new “self-surrender” guidelines set out by Hami city authorities are worded vaguely enough to leave a wide scope for what can be considered as terrorist activity. China’s reasons for detaining “suspects” so far have been as arbitrary as setting a watch two hours behind Beijing time.

Around five percent of the entire population of Xinjiang is confirmed to have been incarcerated, indicating Beijing feels it is much more than small, outlying terrorist groups posing a threat to national stability.

While the new guidelines are unlikely to actually convince Hami Uighurs to hand themselves over, they serve as a stark reminder than the CPP is always watching their behaviour, whether it be via civilian patrols or government-affiliated “homestay” companions forced into their homes.