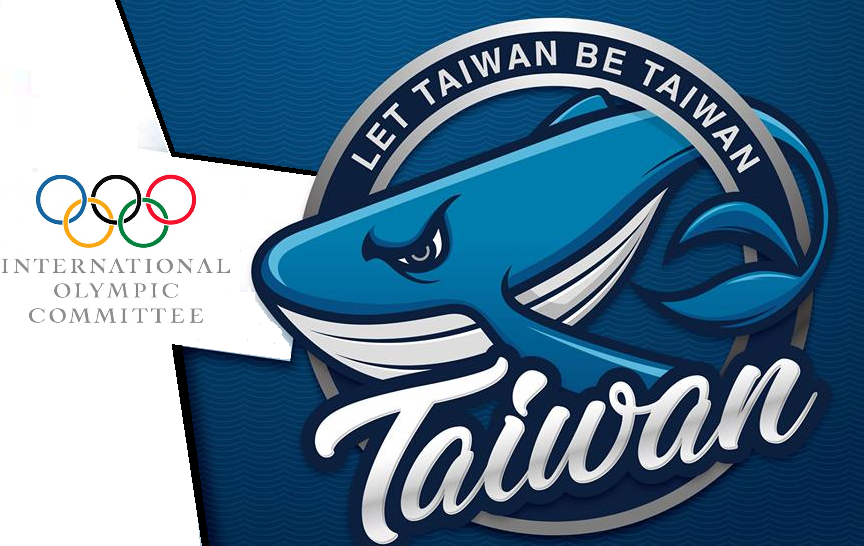 The letter is dated Nov. 16, and was released by the CTOC on Nov. 18. In the letter the IOC reiterates its earlier statements concerning the decision of the committee in regards to any proposed name change to the country’s designation ahead of the Tokyo 2020 Olympics.

In the Nov. 16 letter, the IOC repeats themselves, emphasizing their decision to pre-emptively reject the wishes of the Taiwanese public before the referendum is even voted upon.

Additionally, and even more dramatically, the IOC’s most recent letter suggests that the CTOC, the non-governmental entity which manages Taiwan’s presence at international sporting events, may soon face punitive measures from the IOC should the Taiwanese public vote to change its international designation for sporting events.

The letter may be intended as a warning to the Taiwanese government to cancel the referendum on “Chinese Taipei” ahead of Election Day on Nov. 24.

Barring that, it may also be an attempt to manipulate the result of the referendum by inflaming public concern that Taiwanese athletes may be barred from future international sporting competitions, a decision which the IOC has the legal authority to make.

Despite declaring the IOC’s hope that “the Olympic Movement in Chinese Taipei will prevail over considerations” the IOC’s letter itself constitutes a threat to disbar the country’s international sporting agency, which could politically marginalize Taiwanese athletes for years to come.

The CTOC commissioner Lin Hong-dow (林鴻道) has raised concerns that the IOC is planning to convene a special meeting following the referendum to determine if the public vote may be “considered external interference.”The CTOC will likewise convene a meeting on Sunday, Nov. 25 to discuss the result, reports CNA.

Executive Yuan Spokesperson Kolas Yokata addressed the concerns raised by Lin Hong-dow and the CTOC earlier in November, declaring that the referendum will proceed in a matter according to the law, and that the government as well as the CTOC are obliged to accept the outcome.

According to the Olympic Charter Article 27.9, which the letter references:

Apart from the measures and sanctions provided in the case of infringement of the Olympic Charter, the IOC Executive Board may take any appropriate decisions for the protection of the Olympic Movement in the country of a National Olympic Committee (NOC), including suspension of or withdrawal of recognition from such NOC if the constitution, law or other regulations in force in the country concerned, or any act by any governmental or other body causes the activity of the NOC or the making or expression of its will to be hampered. The IOC Executive Board shall offer such NOC an opportunity to be heard before any such decision is taken.

In the lead up to the referendum scheduled for the Nov. 24, the IOC has made it clear on several occasions that they will disregard any result of the referendum or name change proposal which runs contrary to the interests of Beijing and the Chinese Communist Party.

In their most recent correspondence, however, the letter seems to indicate that the Chinese Taipei Olympic Committee's future is uncertain, and its foundation unsure, even from the perspective of IOC officials in Lausanne, Switzerland.

The IOC has made it clear that they are ready and willing to unilaterally disbar Taiwan’s Olympic committee, shut Taiwanese athletes out of the international arena, and wash their hands of the issue if the Taiwanese public makes its voice heard in any manner that is displeasing to officials in Lausanne or Beijing.

The IOC’s most recent correspondence with the CTOC may be viewed below.