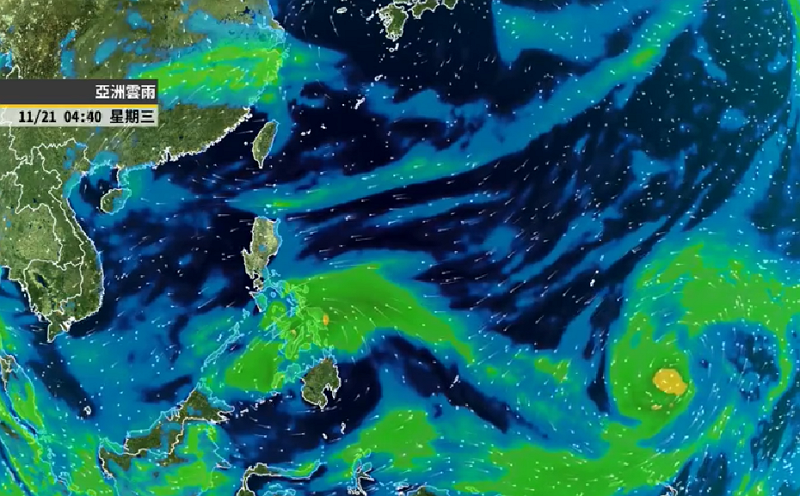 TAIPEI (Taiwan News) – Two tropical depressions in the west Pacific Ocean are likely to intensify to form into typhoons in the coming days, but are not expected to pose a direct risk to Taiwan, according to meteorologist Peng Chi-ming (彭啟明).

The two tropical depressions, one located 1,500 kilometers and the other 4,500 kilometers southeast of Taiwan currently, could develop into typhoons No. 28 and No. 29, to be named Man-Yi (萬宜) and Usagi (天兔) respectively, said WeatherRisk Explore Inc. President Peng in a Facebook post today (Nov. 20).

The course and movement of the two tropical depressions remain to be seen, but neither are likely to make landfall in Taiwan, predicted Peng.

Temperatures in Taiwan are expected to dip as northeasterly winds are approaching. A cold front brought sporadic rain Monday but the island can anticipate fine weather on Tuesday and Wednesday except the eastern region, with apparent temperature difference between night and day.

The spell of good weather is expected to last until Thursday (Nov. 22), when a cold front is set to influence Taiwan with precipitation and the mercury will fall again, some places dropping below 20 degrees Celsius, Peng noted.