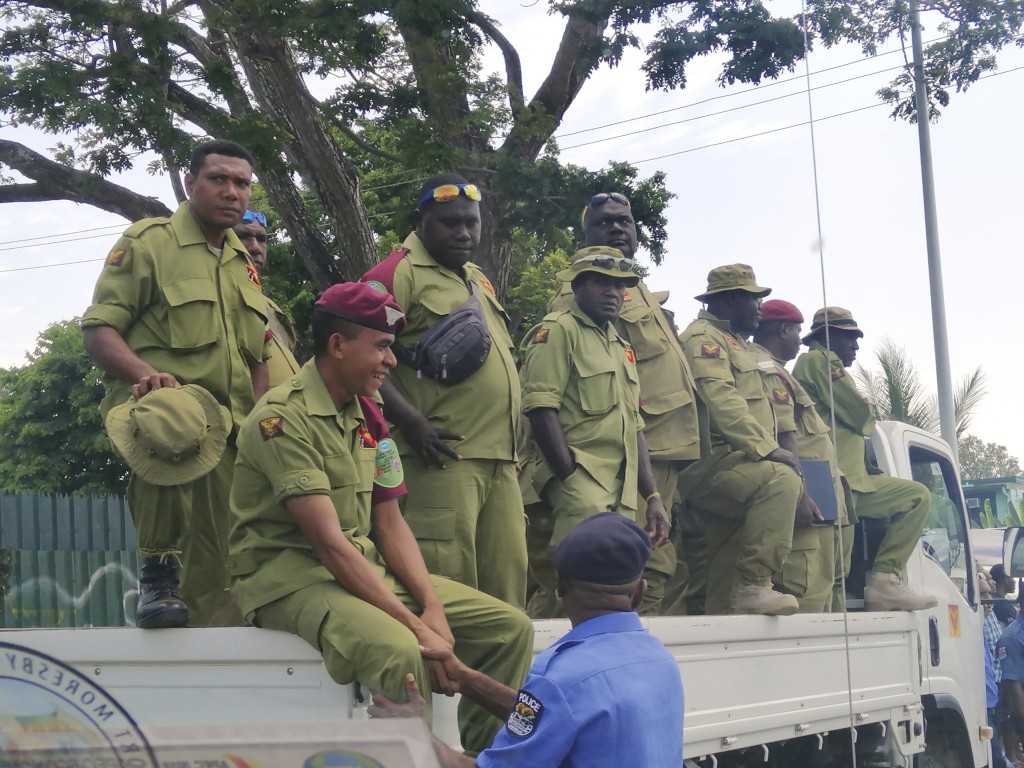 Kramer said the protesters had not been paid allowances for their security work at a Pacific Rim leaders' summit in Port Moresby that was attended by U.S. Vice President Mike Pence, Chinese President Xi Jinping and others.

Following the rampage, about 100 police and guards waited outside Parliament to talk to the government about their allowances.

Prime Minister Peter O'Neill's office did not immediately respond to a request for comment.