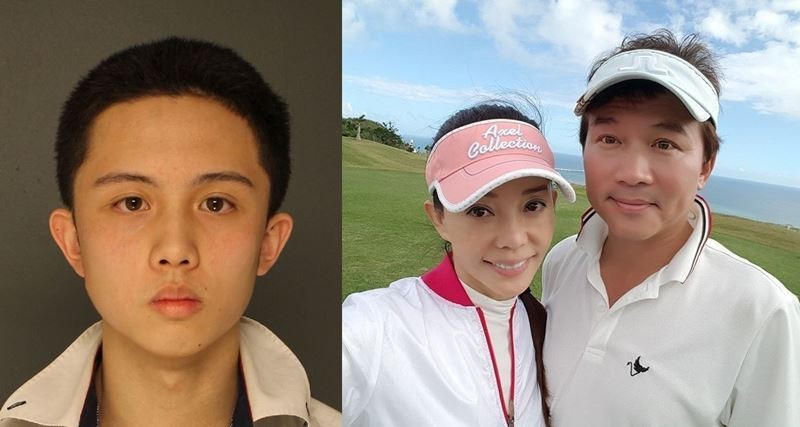 TAIPEI (Taiwan News) -- An Tso “Edward” Sun (孫安佐), the Taiwanese student accused of threatening to "shoot up" his high school in Pennsylvania is set to be released and deported back to Taiwan in four to six weeks, reports said Monday (Nov. 19).

The son of celebrities Di Ying (狄鶯) and Sun Peng (孫鵬) was detained on March 27 after a fellow student reported a threat he made to "shoot up" his school in Pennsylvania on May 1. Though he claimed the alleged threat was just a joke, subsequent searches turned up 1,600 rounds of ammunition and a handgun he built himself, according to police statements.

As Sun, 18, has already spent eight months in detention, including five in federal custody, his attorney at a hearing on Monday asked for his release and deportation as soon as he finishes his prison term. In response, U.S. District Judge Nitza Quinones-Alejandro imposed a "time served" sentence and called for his voluntary and immediate deportation, reported Philly.com.

During the federal court hearing, Sun began to apologize for the "trouble" he caused his parents, the U.S., and Taiwan. However, Quinones-Alejandro interrupted and said "The word is not trouble for what you've brought to your family. You have brought them shame, which is an even higher offense," according to the report.

Assistant U.S. Attorney Sarah Wolfe last week sought to have Sun serve an additional 21 months in prison, arguing in court papers that "It is impossible to know whether the defendant intended to carry out that horrific threat [but] simply by making it, [he] instilled tremendous fear in the minds of other student[s]." On Monday, Quinones-Alejandro denied the request, but as she prepared to release Sun, she admonished his parents for coddling him by saying, "Once your son is released, I want you to make sure your son grows up and becomes a mature person. You can't continue to shelter him," according to Philly.com.

The maximum penalty for the charge he faced was 10 years in prison, or a fine of US$250,000 (NT$7.6 million) and three years of supervised release, CNA reported.

By June, it was estimated that Sun's parents had already spent NT$90 million on their son's legal defense. However, the couple has amassed a fortune estimated to be in the hundreds of millions of Taiwan dollars, including nine other homes in Taiwan, as well as real estate in Japan.