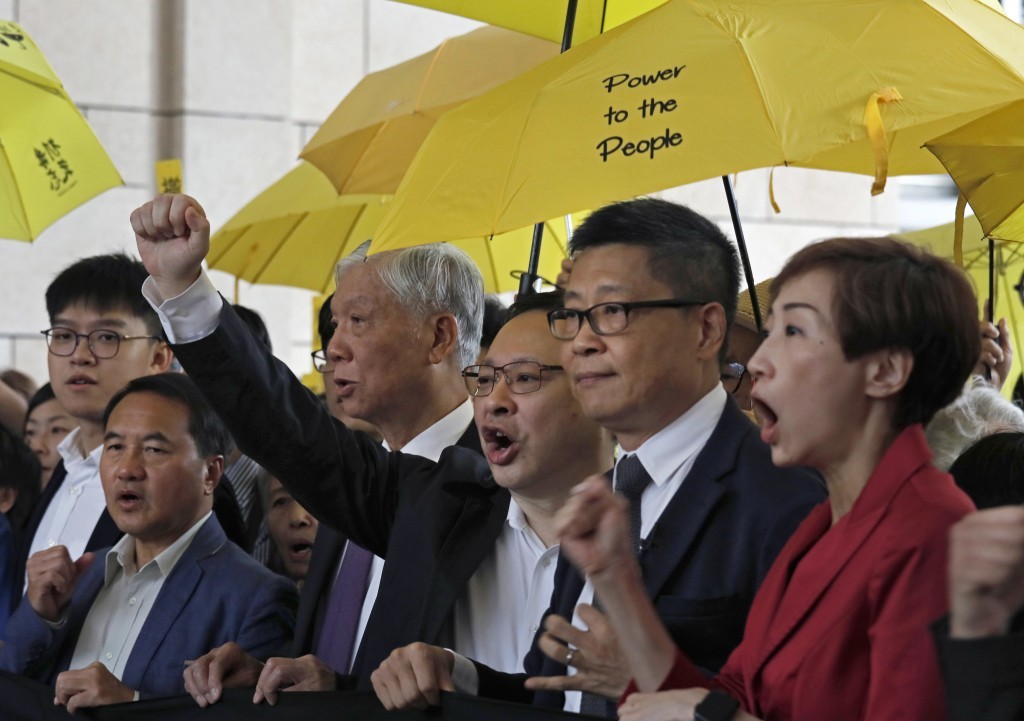 In what some expect to be a show trial representing the further erosion of political freedom in Hong Kong, three prominent community leaders and six others are being tried for multiple charges relating to their role in the 2014 “Umbrella” Protests.

Al-Jazeera reports that professors Kin-man Chan, 59, and Benny Tai, 54, along with Baptist minister Chu Yiu-Ming, aged 74, and six others are being tried for a number of charges relating to “inciting a public nuisance.”

The specific charges have been referred to as “obsolete” by Hong Kong Lawmaker Claudia Mo, who also says such charges are being used to ensure the activists receive prison sentences for their activities organizing the protests. Benny Tai, who is a law professor, says the outlook in not good for the defendants, and that the increasingly authoritarian government is becoming extremely sensitive to public discussions on civil disobedience. Tai was quoted by Al Jazeera.

"If you discuss it the government will consider it conspiracy so that will deter people from simply talking about it - they could be charged with 'inciting others to incite.’ They want to deter public talk of civil disobedience, and therefore they will kill civil disobedience and any form of public action will be deterred."

The trial this week is expected to result in prison sentences for the participants, but there may remain opportunities to appeal.

In recent weeks, several incidents have reflected the worsening conditions for political freedoms in Hong Kong, including the government’s decision to outlaw the Hong Kong National Party, the government’s attempt to shut down a speaker from addressing the Foreign Correspondent’s Club, and various other attempts to suppress media critical of the government.

Chan, a sociology professor, will reportedly use his testimony in court, as an opportunity to tell the “real story” of the Occupy Central movement. He was quoted by Al-Jazeera in a farewell address to supporters ahead of the defendants’ expected imprisonment.

"The official version calls the demonstration a 'public nuisance.' It fails to mention the excessive use of force that came down on peaceful protesters. If anything incited people, it was the tear gas. That was unconstitutional."

Chan exhorted people not to give up on freedom, democracy, and justice in Hong Kong.

"I hope you do not give up - we can only see the stars in the darkest hours."

Many in Taiwan are keeping a close eye on the situation developing in Hong Kong as the “One Country, Two Systems” promoted by the Chinese Communist Party upon Hong Kong’s hand-over by the United Kingdom, has come to be recognized for the empty promise it was all along.