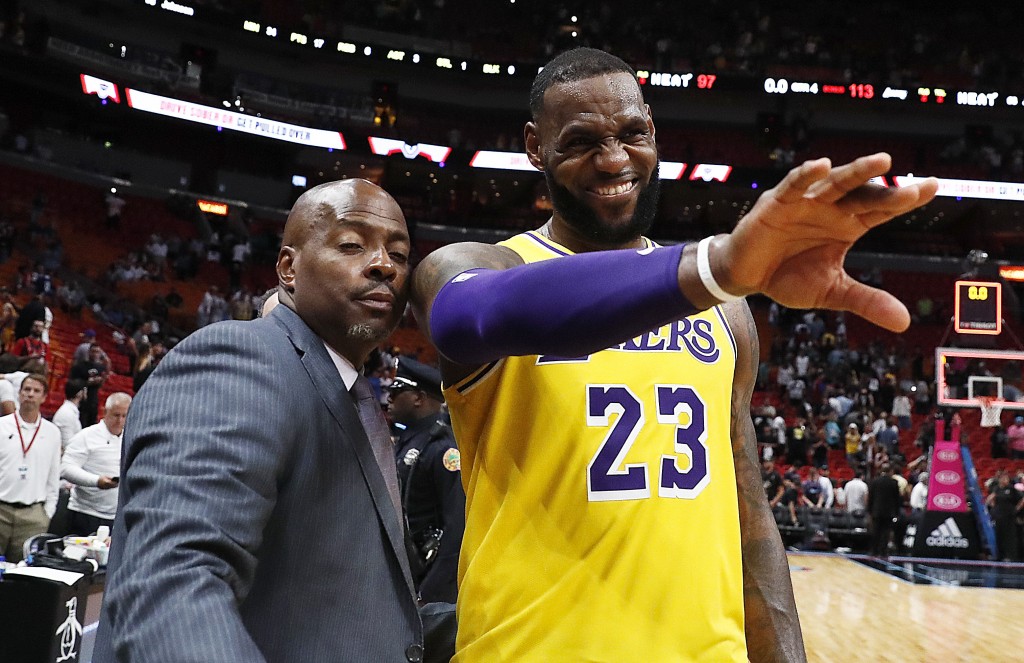 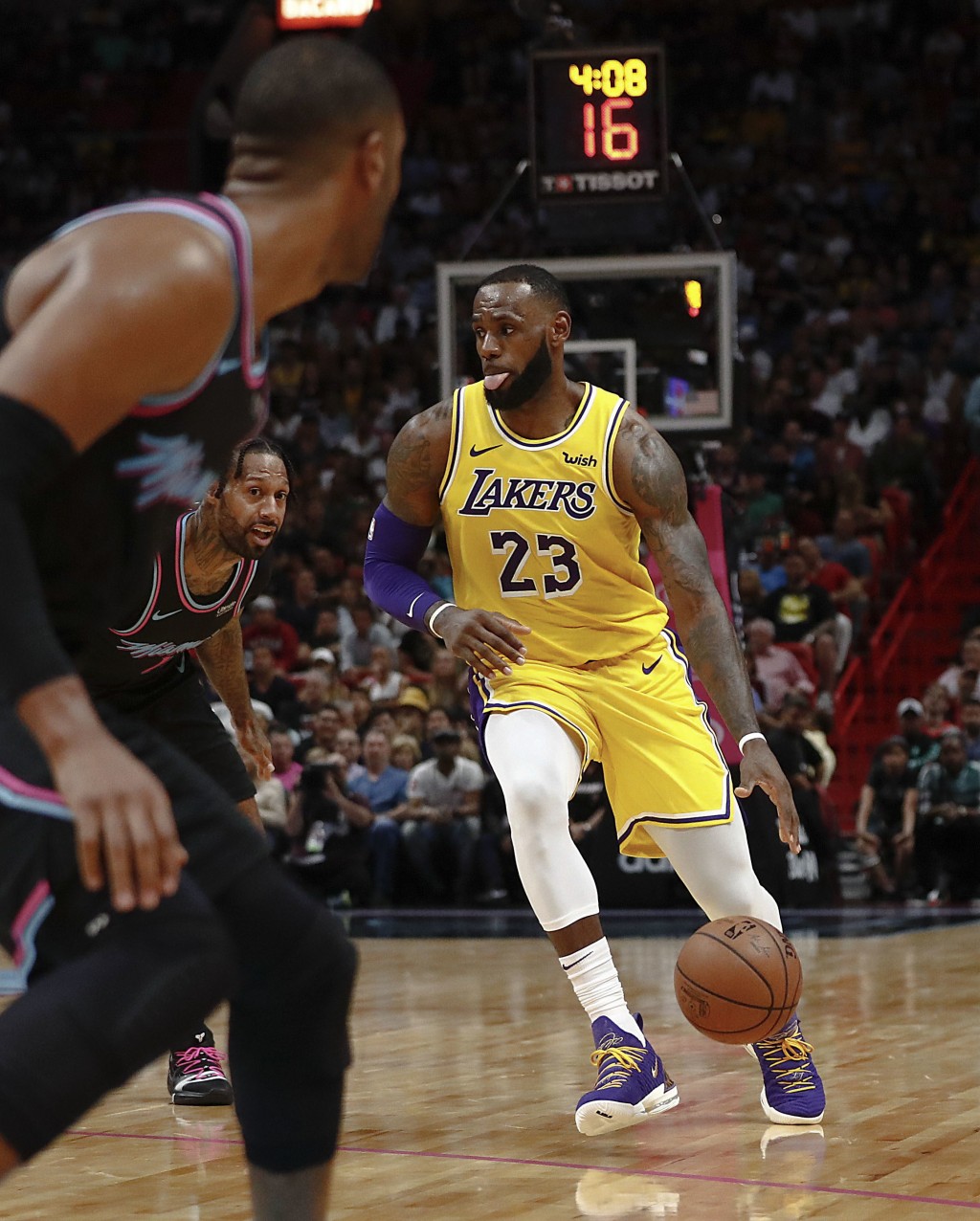 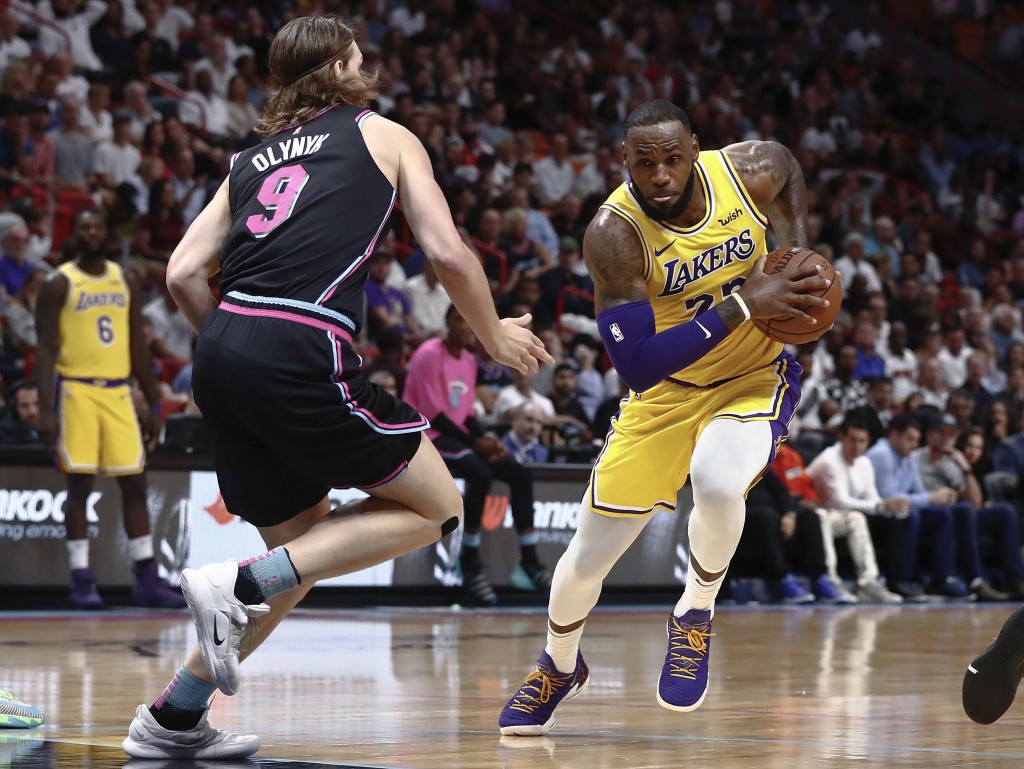 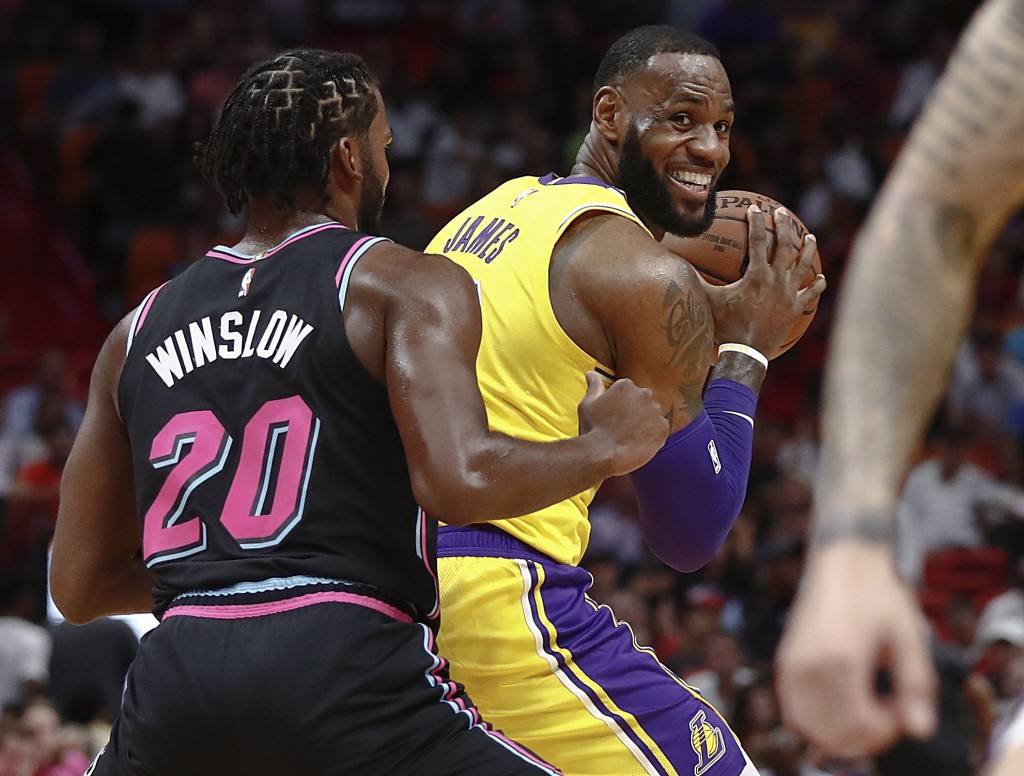 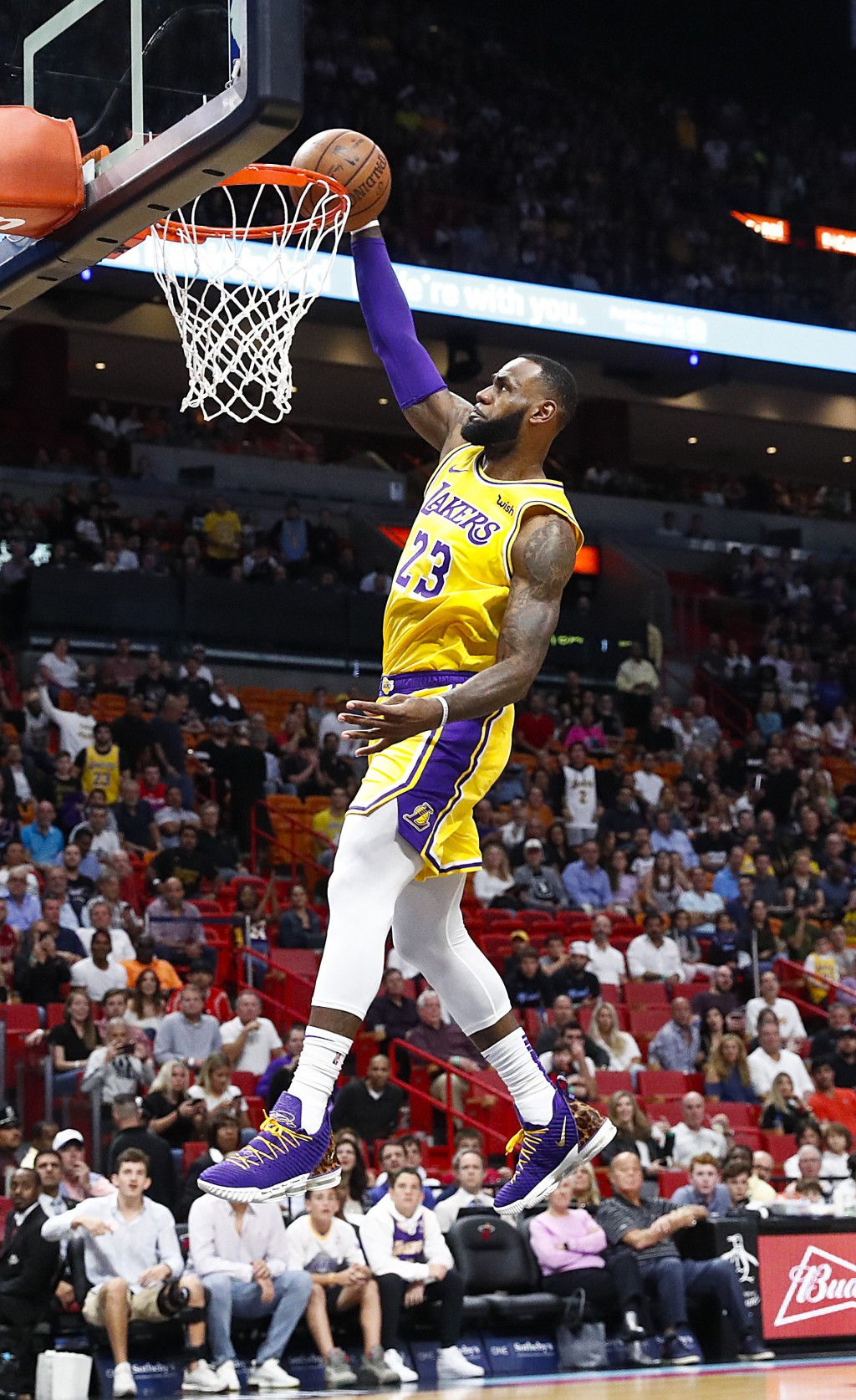 MIAMI (AP) — LeBron James stopped worrying about his place in history long ago. His legacy has been secure for years. The argument about where he ranks, whether or not he's the best player to ever step on a basketball court, will continue forever and there will never be a definitive answer.

That is, unless he keeps doing things like this.

In his 16th season, James can still make the game look absurdly easy. The latest entry on the long list of his unforgettable nights came Sunday, when James scored 51 points and led the Los Angeles Lakers to a 113-97 win over the Miami Heat. He's only the second player to score at least 50 in a game this deep into an NBA career; the other is Kobe Bryant, in his final game, and that was aided by 50 shot attempts.

He paused for a second, breaking into a big smile.

"If there's ever a discussion," James said, "games like this will make sure you figure it out."

Bryant had gone more than seven years without a 50-point game before April 13, 2016, when he went 22-for-50 and scored 60 points at Staples Center as the Laker faithful roared for his work one final time. James hadn't gone six months since his last 50-point night; it was Game 1 of last season's NBA Finals, the one where J.R. Smith forgot the score in the final seconds and Cleveland lost to Golden State on the way to a sweep.

James was methodical on Sunday; he was 19 for 31 from the field, 6 for 8 from 3-point range, getting to 51 points on a deep 3-pointer in the final seconds with the outcome already long decided.

"That's all coaching," Lakers coach Luke Walton said. "Just great coaching. ... No, the way he sees the game, he knows what he's doing out there."

Through 16 games, though there's nothing to suggest that he's going to slow down this season — or anytime soon — James is his usual sensational self. He's averaging 28.8 points on 52 percent shooting, with 7.7 rebounds and 6.9 assists per game.

But it's not just the scoring. Only Steve Nash, John Stockton and Jason Kidd — three of the best point guards ever — averaged this many assists at this point in their career.

Added fellow Laker Kyle Kuzma: "He could average 40 if he wanted."

Heat coach Erik Spoelstra, who had James for four seasons in Miami, describes James' game in one word: "Timeless."

"Doesn't matter what year, doesn't matter how old," Spoelstra said. "Consistency is as much of a talent as any physical or mental talent. He's five-star in all of those."

James hasn't won an MVP award in any of the past five seasons. For as good as he's been, for as long as he's been that good, it's hard to believe that his first 15 seasons only resulted in him winning that award four times. He should be in the conversation again this year, and thought he should have won the award last year.

"I just go out and my love for the game keeps me going," James said. "My ability to put in the work, and see what happens after that. I know if I put in the work and be true to the game, then everything else will take care of itself."