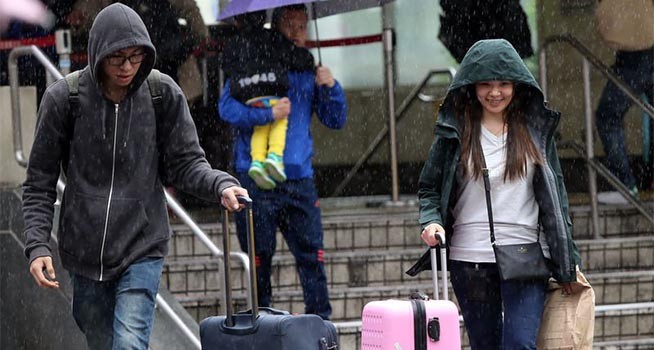 TAIPEI (Taiwan News) -- As three northeasterly winds are coming up this week to bring temperatures down, the probability of rainfall has increased for northern, northeastern, and central parts of the country, with night-time temperatures forecast to drop to 19 degrees Celsius from Monday, according to WeatherRisk Co.

Weather expert Peng Chi-ming (彭啓明), said on Nov. 19 that following a hot Sunday, the weather today will become noticeably cooler and wetter under the influence of a northeastern wind. There are another two fronts set to bring more of the same weather over the coming days in this election week.

The second northeasterly wind of the week is expected to arrive on Thursday, and northern Taiwan will probably embrace cooler and wetter weather, though it would quickly fade away, allowing clear skies on Friday as well as Saturday, the election day.

The third northeasterly wind of the week will arrive on Sunday, said Peng.

Separately, a new typhoon Man-Yi (萬宜) is projected to form today near Palau, which is around 2,000 km away from Taiwan, according to the Central Weather Bureau. The typhoon is forecast to move westward to make landfall in the Philippines before heading to the South China Sea. The typhoon could come close to Taiwan on Friday and Sunday, but how it is going to affect Taiwan's election day remains unknown. 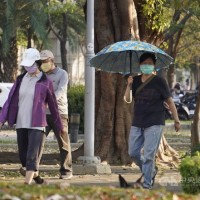