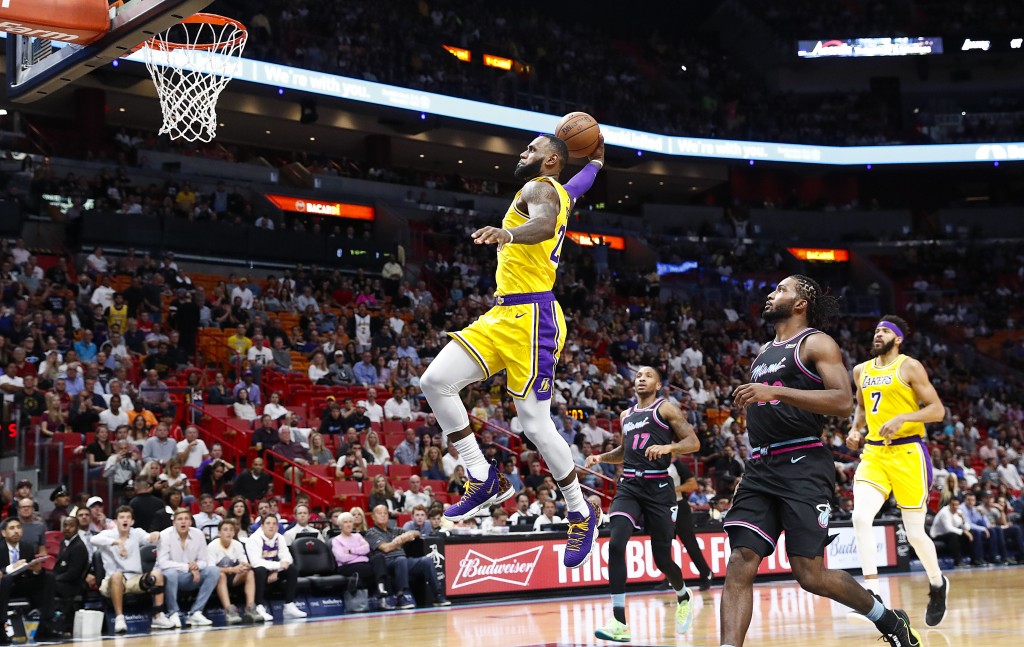 James had 19 points in the first quarter to help the Lakers open a big lead.

The 51 points were a season high for James, and the most he's scored against Miami; he had 47 against the Heat twice. His last shot was a 32-footer with 16 seconds left, capping the 13th 50-point game of his career — including playoffs — and he threw the ball skyward at midcourt when time expired.

It was James' first time winning against Miami since he left the Heat after the 2014 NBA Finals. He was 0-4 when facing the Heat since.

Jusuf Nurkic had 13 points, 14 rebounds and matched his career high with eight assists.

ORLANDO, Fla. (AP) — Aaron Gordon scored 20 of his 31 points in the first quarter and Orlando held off New York for its seventh victory in nine games.

Nikola Vucevic had 28 points, 10 rebounds and nine assists. The Magic shot 57 percent and set a season high for points, surpassing the 130 they scored Saturday night against the Los Angeles Lakers.

Gasol was 4 of 7 from 3-point range and Memphis hit 12 overall. The Grizzlies forced Minnesota into 20 turnovers and turned them into 19 points.

Karl-Anthony Towns had 15 points and 20 rebounds for the Timberwolves. They had won three straight games since trading Jimmy Butler to Philadelphia.