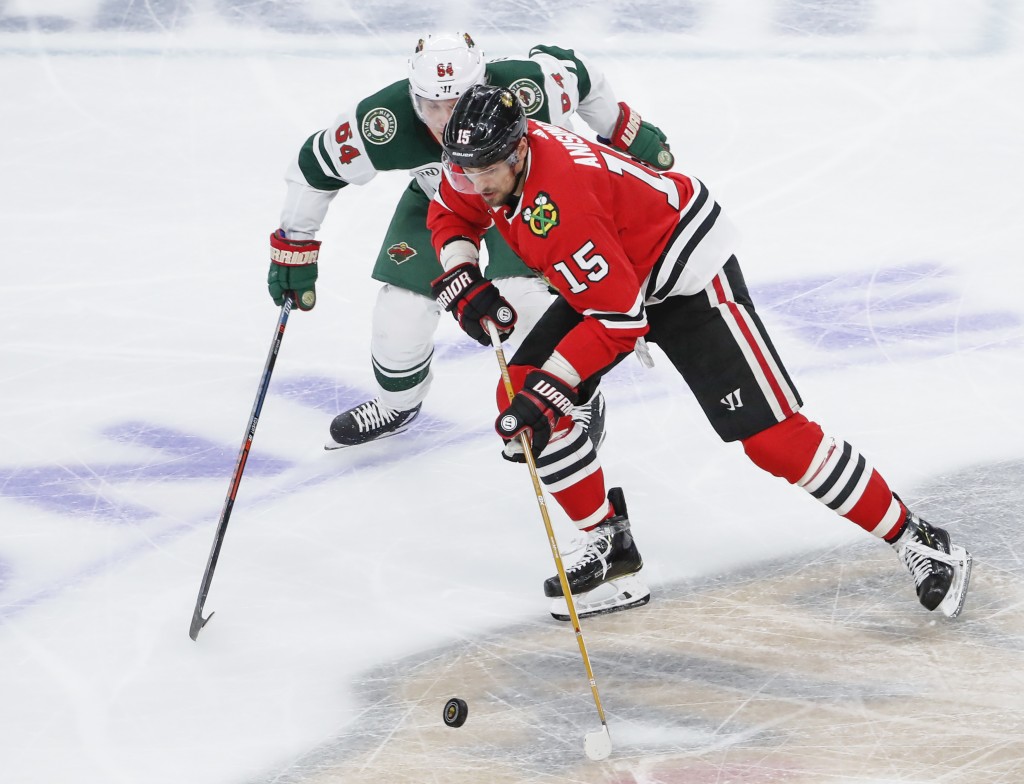 Dominik Kahun added an empty-netter with 58.5 second left as the Blackhawks improved to 2-2-2 under coach Jeremy Colliton, who replaced Joel Quenneville on Nov. 6. Patrick Kane had two assists for Chicago, 2-0-1 in its last three games.

Zach Parise scored for Minnesota, which lost its second straight game and for the third time in four games. The Wild controlled the game after Parise's goal made it 2-1 midway through the second, but Crawford was sharp and preserved the lead.

Backup Alex Stalock stopped 25 shots for Minnesota as usual starter Devan Dubnyk got the night off in the second of back-to-back games.

Parise has six goals in his last nine games and has scored in two straight.

RALEIGH, N.C. (AP) — Justin Williams and Micheal Ferland scored in the game's first 30 seconds and Carolina held on for the victory.

Curtis McElhinney made 33 saves for Carolina.

Carolina's two-goal outburst in the first half-minute was a franchise record and tied for fifth-fastest in NHL history.

Pavel Zacha scored his second goal of the season late in the first period for New Jersey. Cory Schneider finished with 20 saves.

Alexander Radulov had two goals and an assist, Tyler Seguin had a goal and two assists, and Roope Hintz also scored for the Stars. Jamie Benn had three assists, Jason Spezza had two to top 900 points in his career, and Ben Bishop stopped 37 shots.

Anthony Beauvillier and Scott Mayfield scored for the Islanders, who lost in regulation for the third time in 12 games (7-3-2). Thomas Greiss had 16 saves, and was pulled after giving up three goals on six shots in the first 7:08 of the second period. Robin Lehner finished with 11 saves.