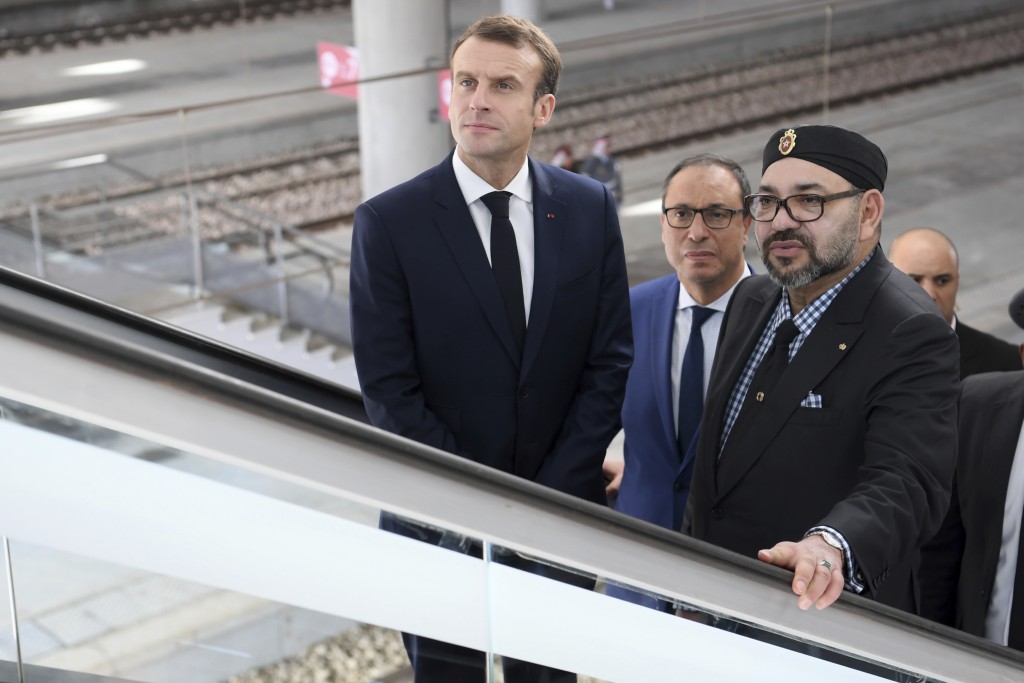 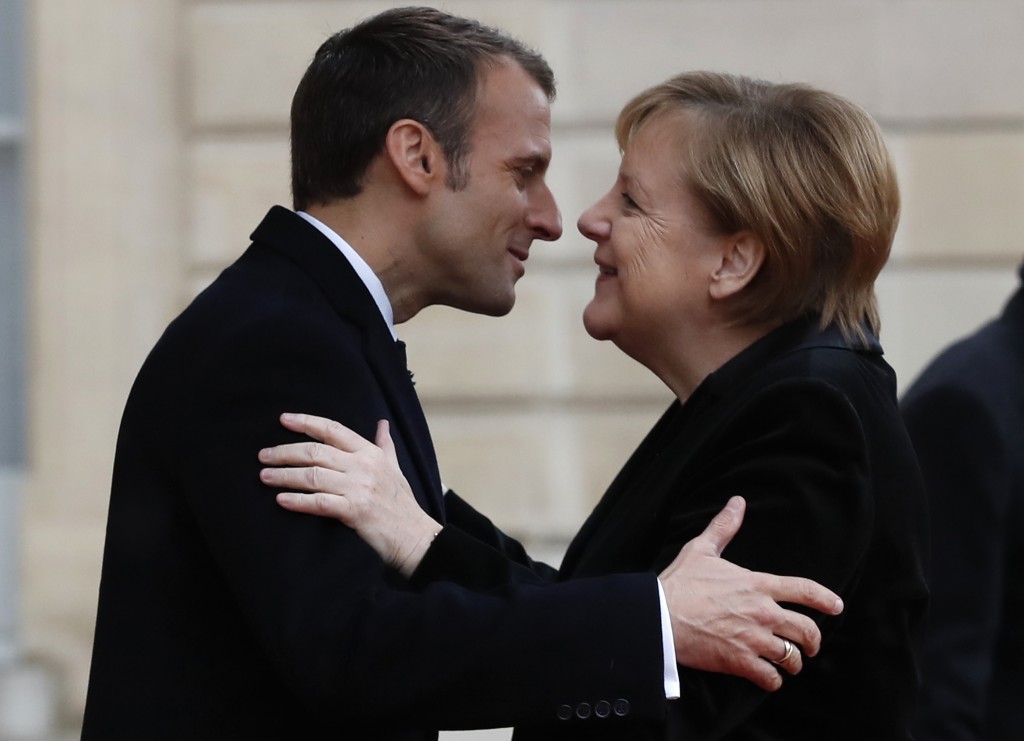 FRANKFURT, Germany (AP) — The Latest on the French president's visit to Germany (all times local):

French President Emmanuel Macron has taken part in a wreath-laying ceremony at Germany's memorial to the victims of war and dictatorship.

Macron stood with folded hands and bowed head alongside German Chancellor Angela Merkel and President Frank-Walter Steinmeier at the Neue Wache memorial in Berlin as part of a national day of remembrance.

Macron is visiting as both he and Merkel are lagging in the polls and need some mutual reinforcement and support.

Merkel has backed Macron's proposal for a European army someday, saying it would show the world that there will never again be war between European nations. The two are meeting before a December summit intended to decide limited reforms of the shared euro currency to make it more resistant to financial and economic crises.

French President Emmanuel Macron and German Chancellor Angela Merkel, both limping in the polls, are looking for common approaches to Donald Trump and fixing the flaws in the euro currency.

Macron speaks in the German parliament in Berlin on Sunday on an annual day of remembrance for victims of war and dictatorship, a week after the 100th anniversary of the end of World War I, and then consults with Merkel on European and international issues.

Merkel last week echoed Macron's call for a European army, a long-term prospect that drew tweeted criticism of Macron from Trump. Merkel said a European force would save money and agreed with Macron that Europe must be able to defend itself on its own. The two also face a December summit on limited reforms to the euro currency.