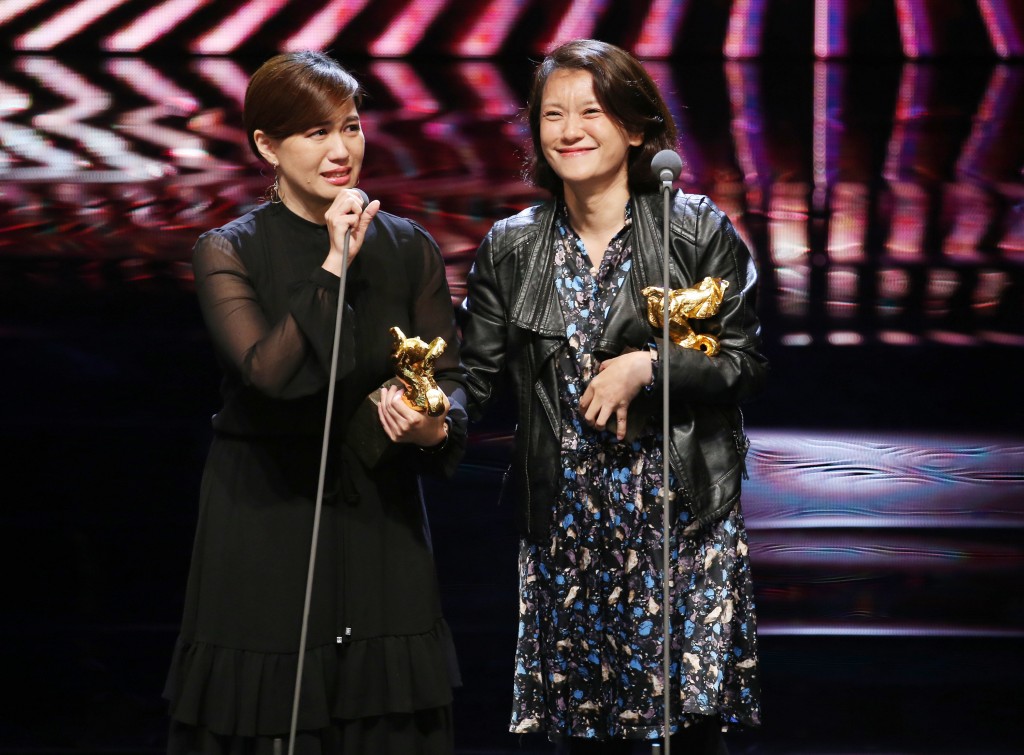 “We have never accepted such saying as ‘Taiwan, China’ and will not accept it. Taiwan is Taiwan,” stated President Tsai via a Facebook post on Sunday afternoon after Chinese actor Tu Men’s (涂們) statement angered hundreds of thousands of Taiwanese people overnight.

“We welcome all film industry workers to come to Taiwan for exchange and work,” said the president, adding, “but we hope those who enjoy the air of freedom on Taiwanese soil could respect the thoughts of Taiwanese people.”

The 55th Golden Horse Awards ceremony was held on Saturday evening in Taipei, for which hundreds of Taiwanese, Chinese, and Hong Kong filmmakers, actors, and actresses gathered in dashing suits and beautiful gowns.

The ceremony has often been a platform for film industry workers to speak up for social issues. Some jury members, for example, showed up on the red carpet in a group last night with a big rainbow flag to demonstrate their support for marriage equality. However, when it comes political issues, particularly in relation to cross-strait affairs, it takes a totally different course.

The statement shocked the Taiwanese audience. Shortly after the award ceremony, Taiwan’s Culture Minister Cheng Li-chiun (鄭麗君) made a statement via Facebook, refuting Tu’s statement by saying “Taiwan is the most liberal, democratic, diverse, and enthusiastic country in Asia.”

Cheng’s Facebook post was later flooded with tons of malicious comments made by an army of Chinese netizens who used virtual private networks (VPN) to access websites that are otherwise blocked by Beijing.

The same situation also happened to Taiwanese filmmaker Fu Yue (傅榆), the winner of the best documentary last night. When on stage, Fu remarked, “I hope our country can be treated as a genuinely independent entity. This is my biggest wish as a Taiwanese.”

President Tsai also defended Cheng and Fu, expressing that she opposes cyberbullying. People who express their opinions freely should not be bullied nor threatened for what they say, stated the president.

“I am proud of the Golden Horse Awards yesterday. It shows that the difference between Taiwan and China lies in the freedom and diversity we have [in our society],” added the president.

Reports also indicate that the moment after Fu made the pro-independence statement, the live-stream programs of the award ceremony were instantly cut off in China.

Founded in 1962, the Golden Horse Awards are the oldest and have been considered one of the most prestigious film awards in Chinese-speaking societies. Many of the awardees of the Golden Horse Awards are highly regarded all over the world, such as Taiwanese directors Hou Hsiao-hsien (侯孝賢), Edward Yang (楊德昌), Ang Lee (李安), and Hong Kong filmmaker Wong Kai-wei (王家衛), as well as this year’s best director Zhang Yimou (張藝謀) from China.