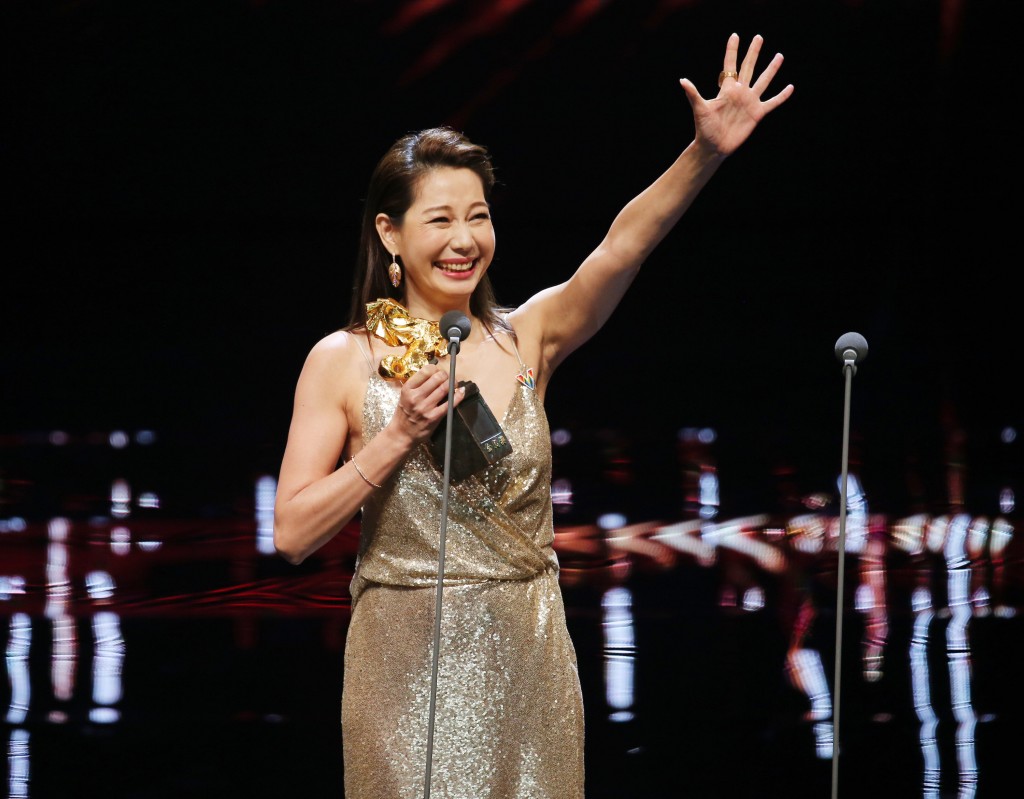 Ding received the award for portraying a gangster in the movie "Cities of Last Things," which revolves around the fraught inner world of a depressed ex-police officer.

Ding sensitively portrays a tough woman who is at a loss when she meets her missing son years later, according to the Golden Horse executive committee.

In her acceptance speech, the 48-year-old thanked the film crew for making such a successful movie.

"This award belongs not only to me, but to the entire crew of 'Cities of Last Things,'" she said excitedly.

In closing, Ding dedicated her award to the gay community, saying the way they have defended their dignity and right to love has given her power in life.

"Love and respect are the only things that can solve all the problems and violence in the world and help make it a better and more harmonious place," she said.

The Golden Horse Awards ceremony, Taiwan's equivalent of the Oscars, is one of the most prestigious film events in the Chinese-speaking world.