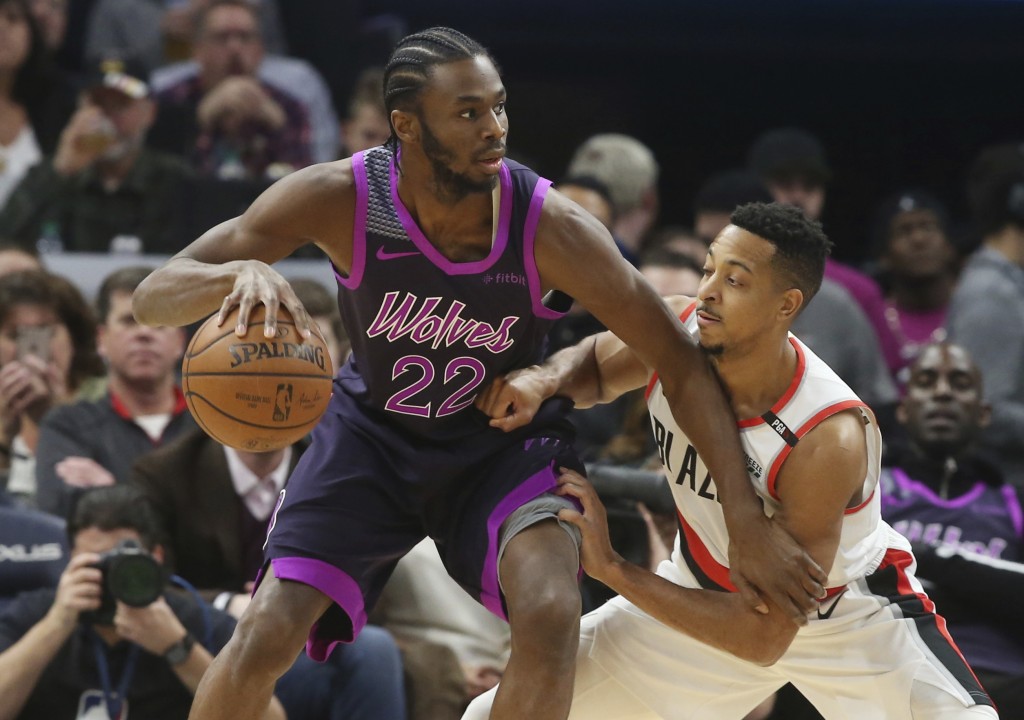 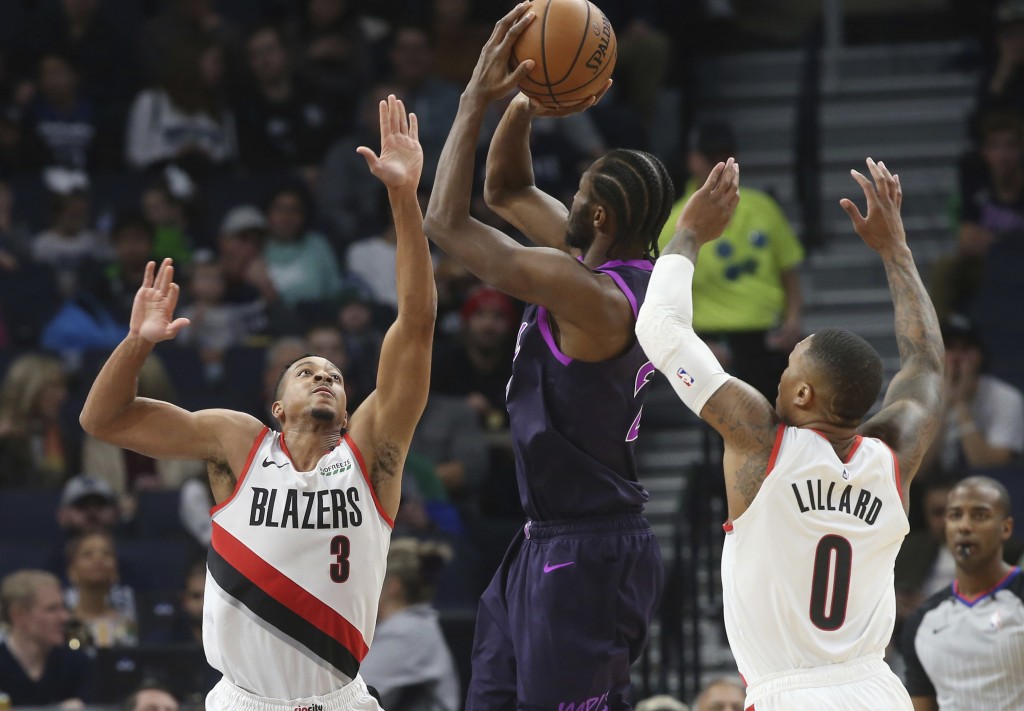 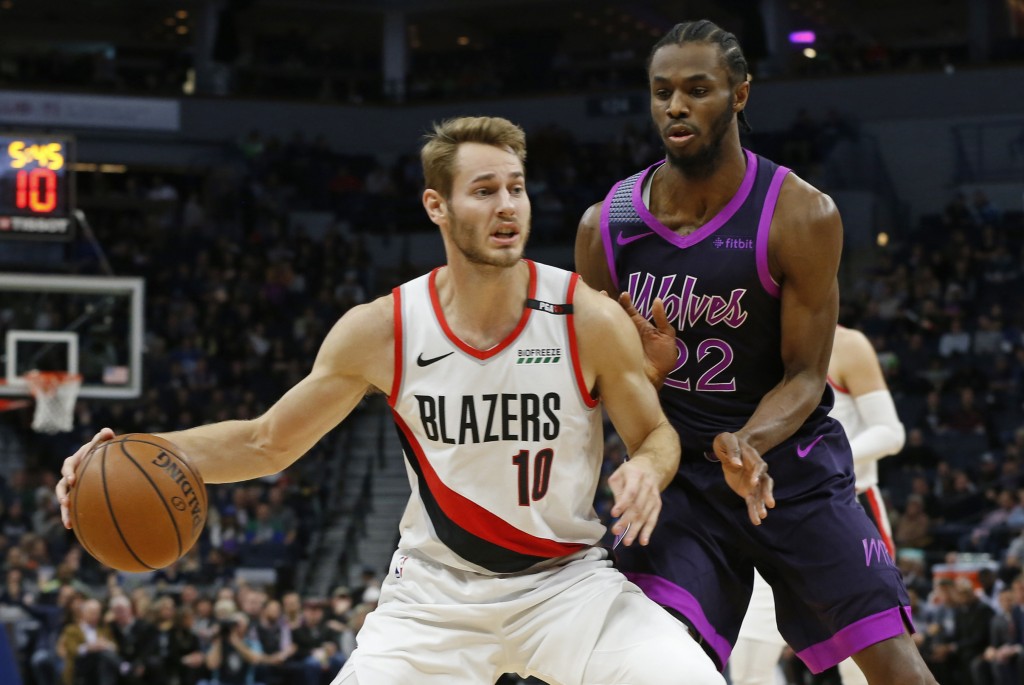 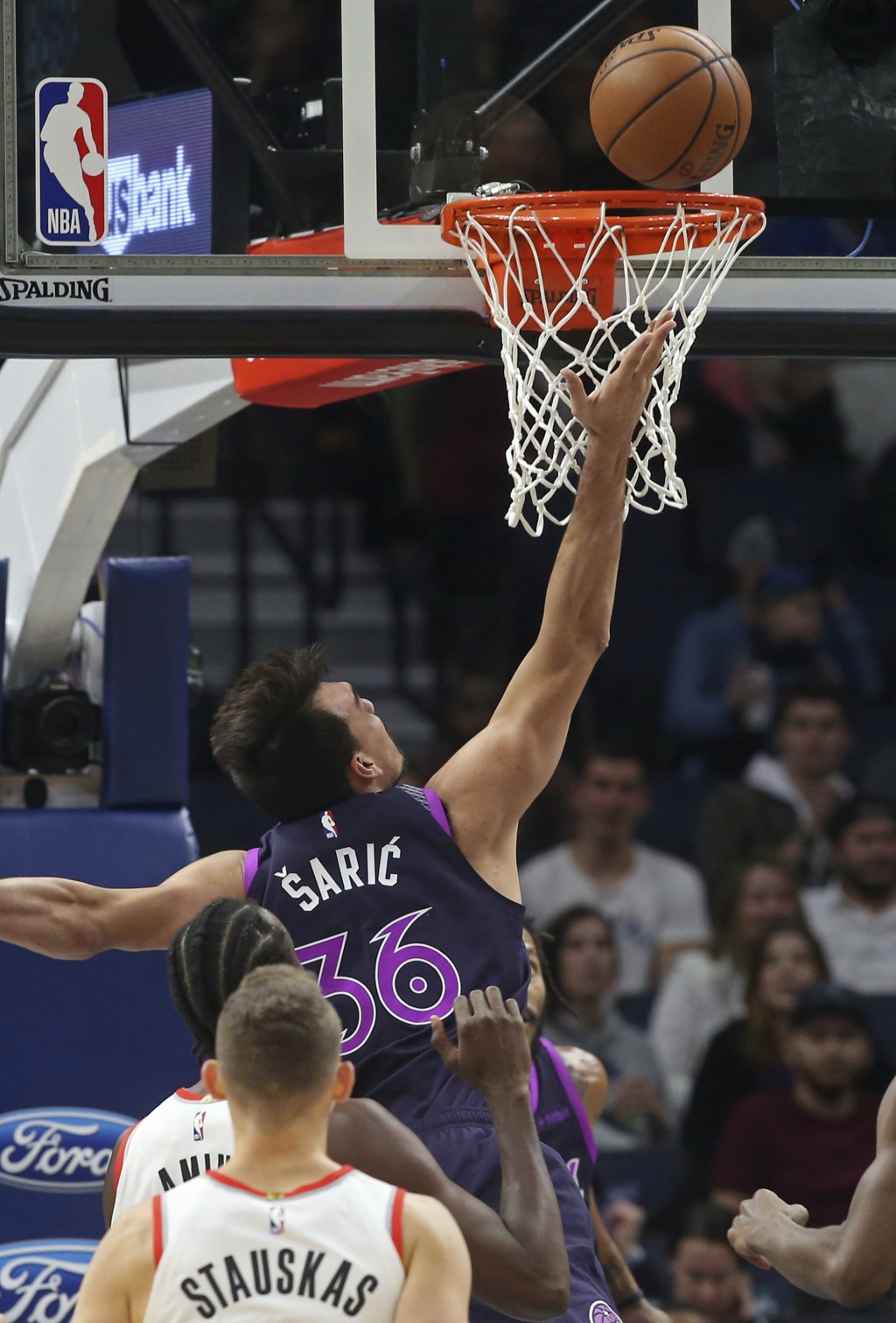 Robert Covington and Karl-Anthony Towns each had 14 points for the Wolves, who are 7-1 at home and 3-0 since trading the disgruntled Butler to Philadelphia on Monday.

The home crowd buzzed on a Prince-themed night with former Minnesota All-Star Kevin Garnett sitting courtside in one of the team's special purple-and-black alternate jerseys. The Wolves kept them cheering with uncharacteristically solid defense, sending Portland to its second straight loss with a season-low in points.

Meanwhile, the Timberwolves' lineup had a balanced night, with all five starters scoring in double figures.

CJ McCollum had 18 points and Damian Lillard added 16 for Portland, which never led. The Blazers got within six in the third quarter before Minnesota closed the period on a 21-11 run by attacking the basket.

It was a stark difference from the last time the teams met nearly two weeks ago, when the Blazers held Minnesota to 81 points — the lowest point total in the NBA this season. The Wolves were without Butler, Jeff Teague and Rose for that game.

Trail Blazers: Lillard had five assists to pass Damon Stoudamire (3,018) for third on the team's career list. He has 3,020 for his career. ... G Seth Curry sat out with a bruised right knee from the first quarter of Wednesday night's loss to the Lakers. Curry said Thursday his goal was to return during the team's current six-game road trip.

Timberwolves: F Anthony Tolliver didn't play for the second straight game. He told local media Friday that coach Tom Thibodeau didn't talk to him about not playing in Wednesday night's win against New Orleans. Thibodeau, known for playing with a short bench, defended the decision to not play the usually reliable veteran. "If you try to play too many then everyone plays poorly. So you try to make a decision, you gather information and it usually works out. You're going to need everyone over the course of the year."