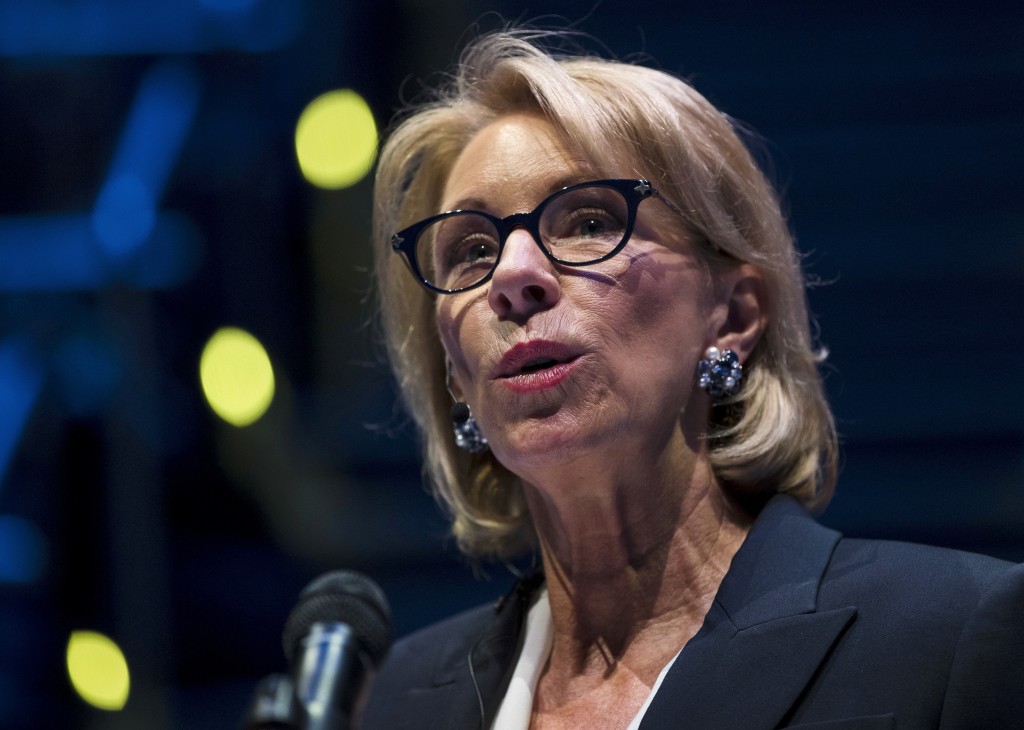 The Education Department released a plan Friday that would require schools to investigate sexual assault and harassment only if the alleged misconduct was reported to certain campus officials and only if it occurred on campus or other areas overseen by the school.

The plan would narrow the definition of sexual harassment and allow students accused of misconduct to cross-examine accusers in campus hearings.

DeVos' proposal would replace Obama-era guidelines she scrapped last year, saying they were unfair to students accused of sexual misconduct.

The new guidelines aim to give greater protections to accused students while also giving schools flexibility to offer support to victims who don't file a formal complaint.