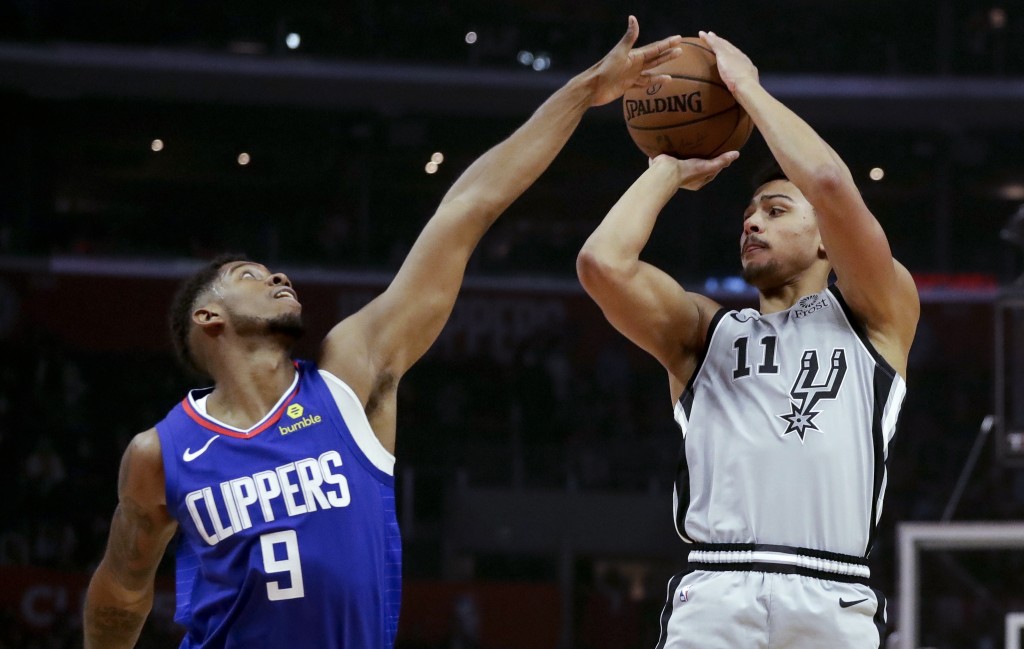 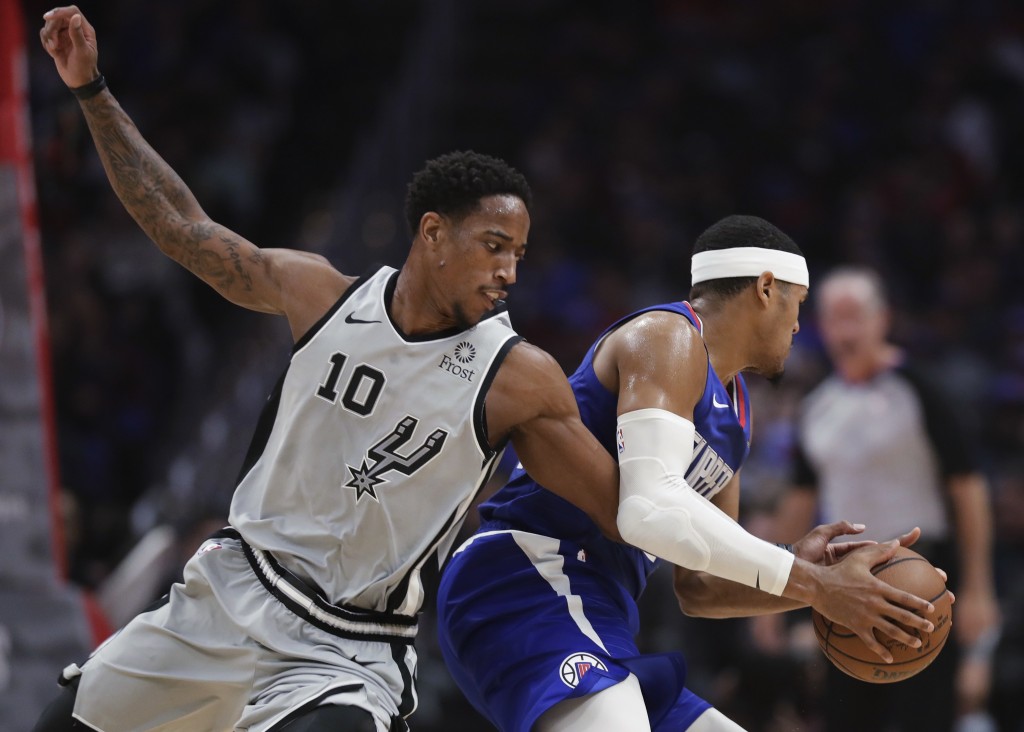 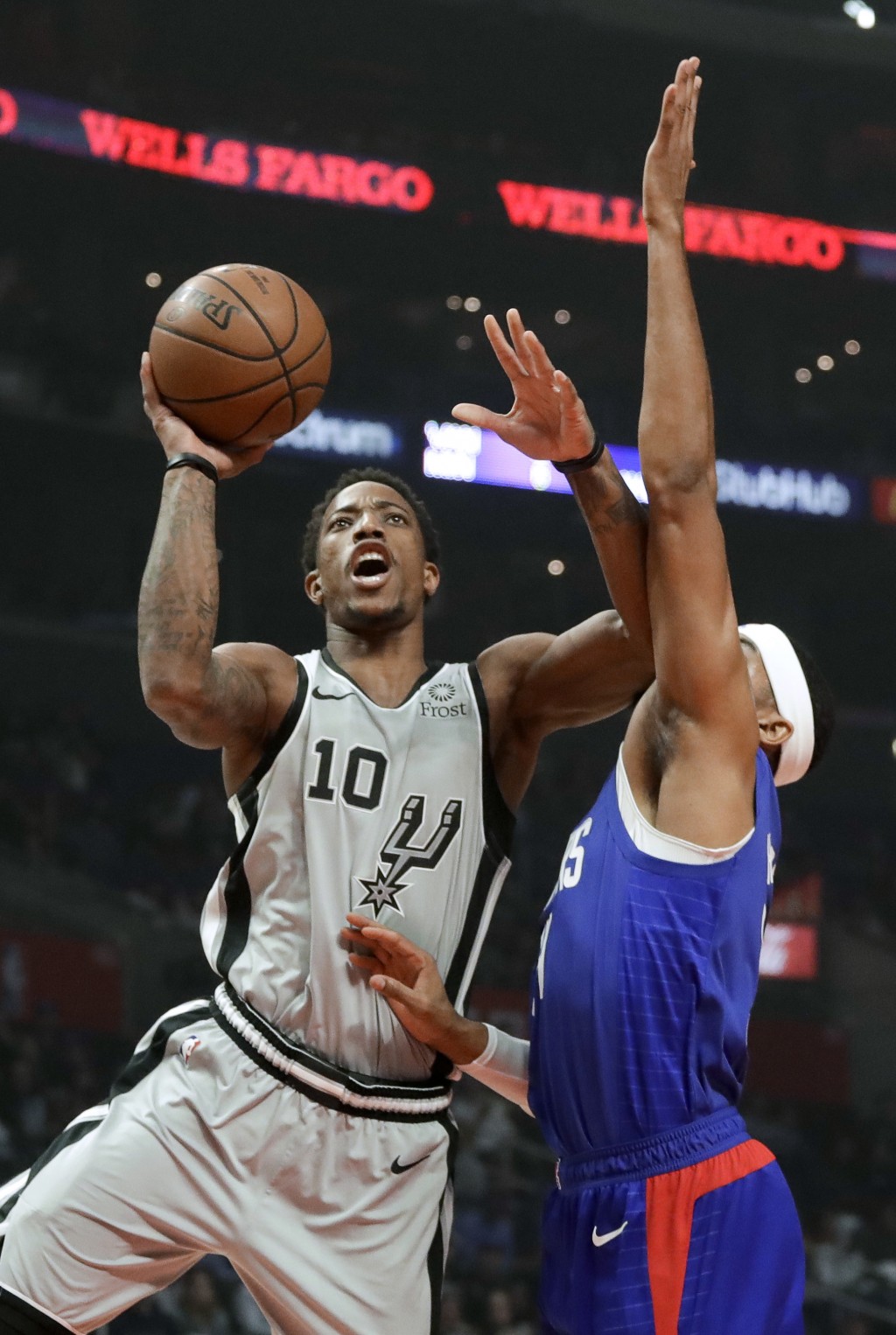 The Clippers improved to 7-1 at home after blowing leads of 14 points in the second quarter and 10 in the fourth.

The Spurs were the third high-powered team in a row beaten by the Clippers, who edged Milwaukee and defending NBA champion Golden State in a pair of overtime wins.

Montrezl Harrell stole the ball from DeMar DeRozan in the corner and Gallinari got fouled at the other end. He made four straight free throws and Williams hit two to seal the win.

DeRozan scored 34 points for the Spurs, who dropped their third in a row. Rudy Gay added 19 points off the bench.

The Spurs tied it up 107-all on a pair of free throws by LaMarcus Aldridge, who had 16 rebounds.

Williams pump-faked Bryn Forbes and let fly a 3, having missed his two other attempts in the game.

Harrell scored the Clippers' first six points of the fourth to get them back to a double-digit lead, 96-86.

San Antonio got within one early in the third on basket by DeRozan. He twice scored to put them within two. But every time the Clippers answered to stay ahead, with their second unit scoring 10 of their final 12 points for a 91-84 lead after three.

The Clippers opened the second quarter with a 15-2 run that produced their largest lead of 44-30. Harrell scored seven in a row.

The Spurs answered with a 23-8 spurt, including 10 by DeRozan, to erase their 14-point deficit and give them a 53-52 lead. The Clippers got a pair of free throws by Gallinari to lead 61-60 going into halftime.

Clippers: Harris has at least 15 points in a career-best 14 straight games. ... They improved to 5-1 in their last six games at home against the Spurs.

Clippers: At Brooklyn on Saturday to start a three-game Eastern swing.