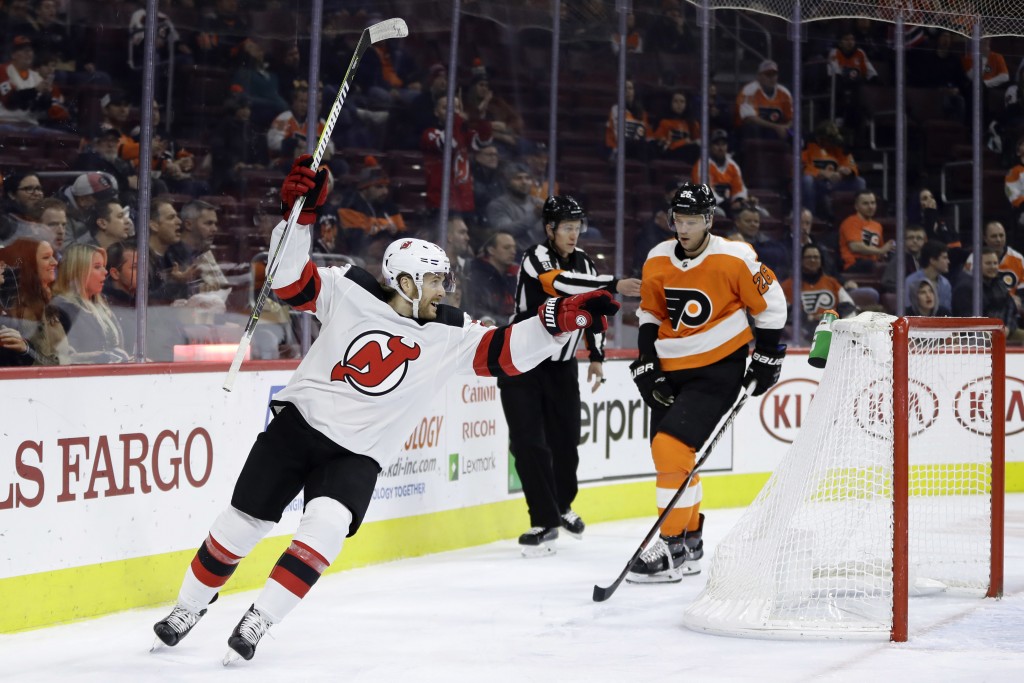 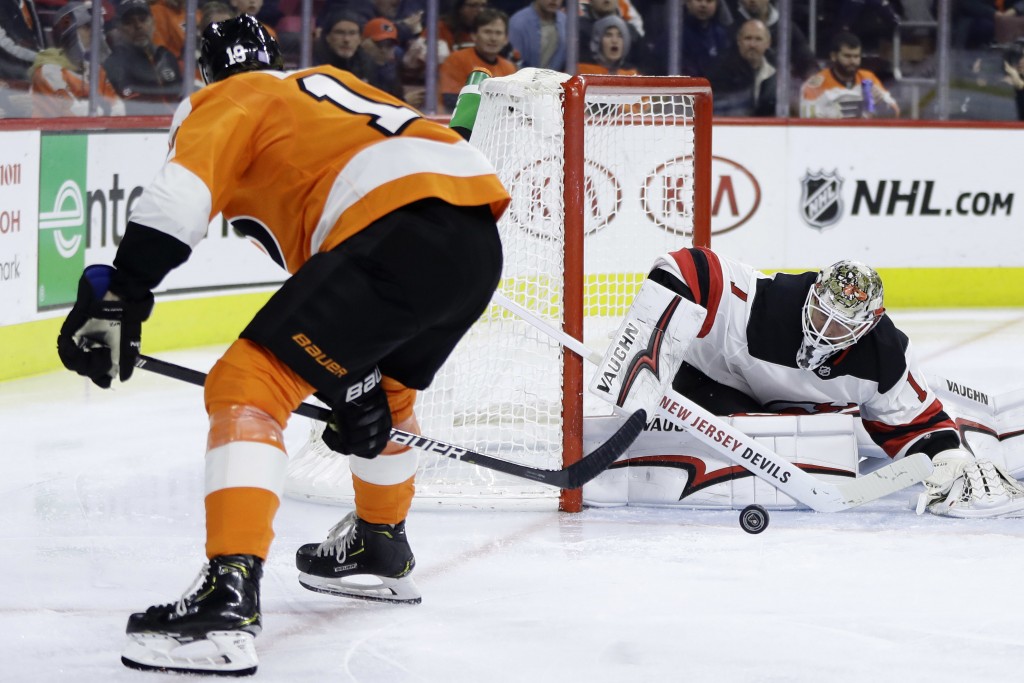 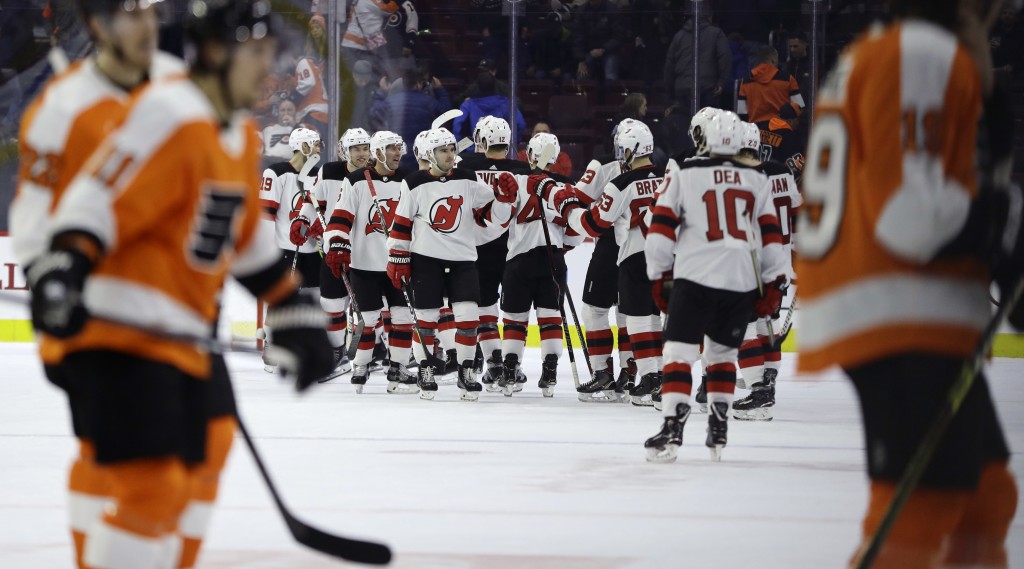 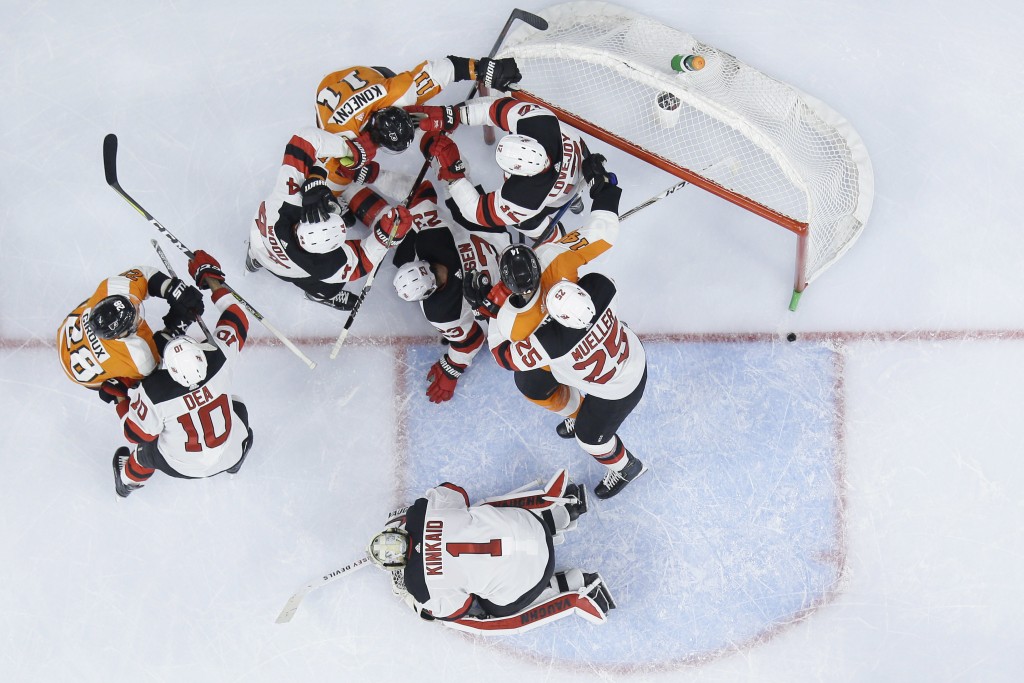 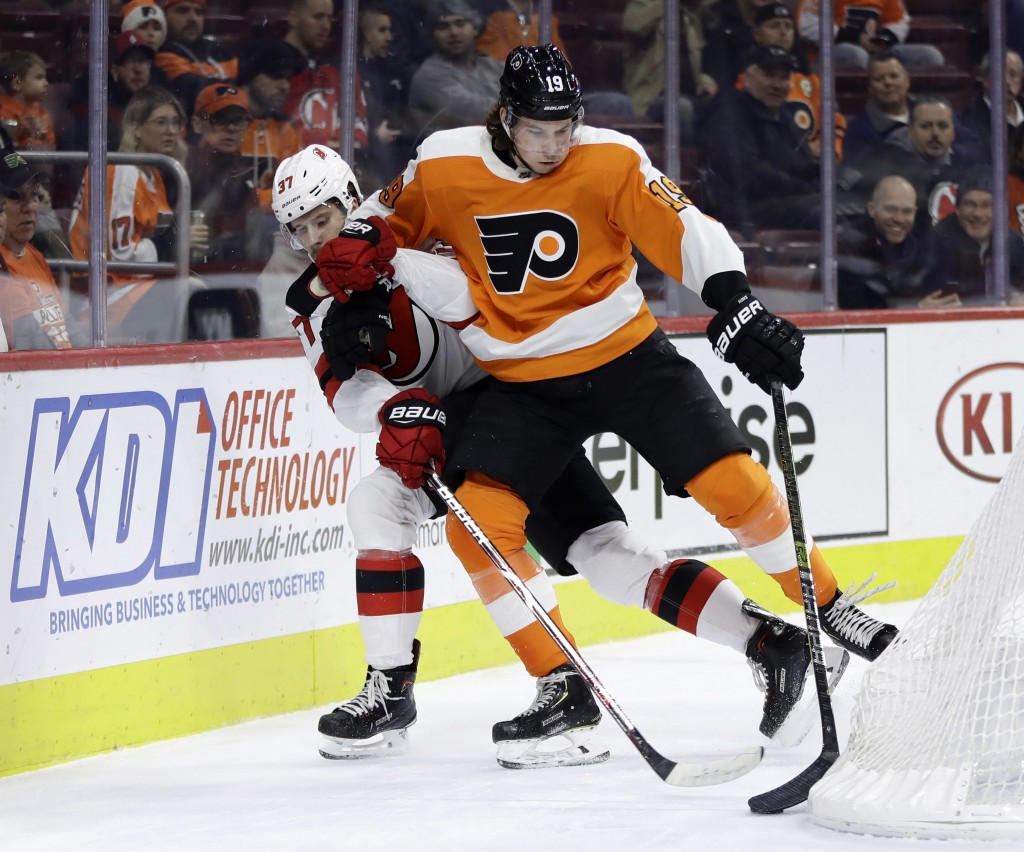 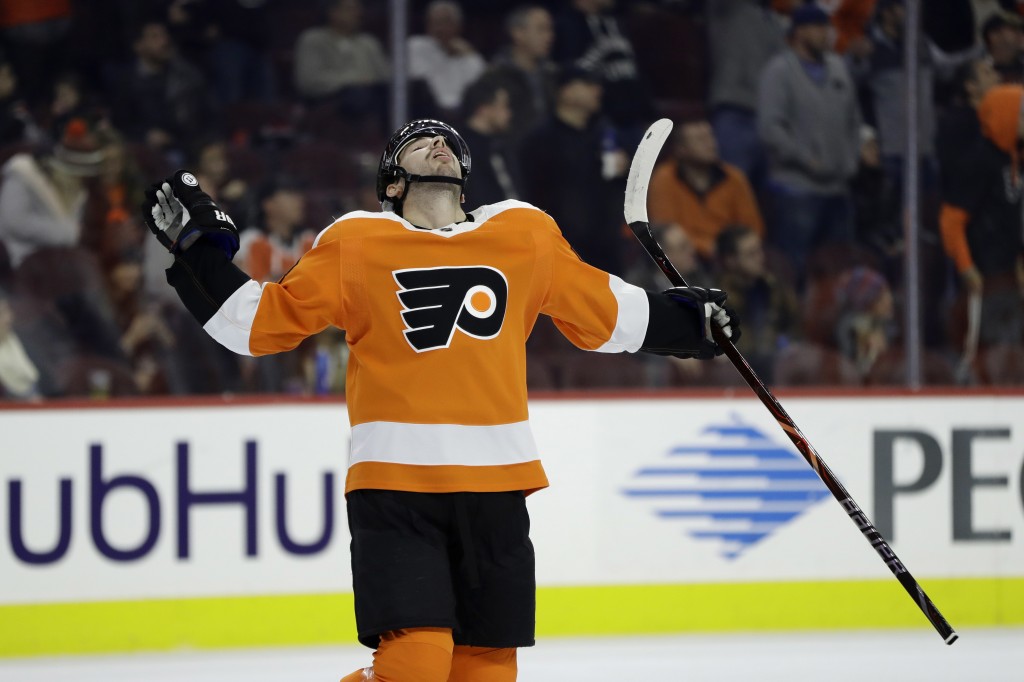 Joey Anderson also scored and Blake Coleman added an empty-netter for the Devils, who won consecutive games for the first time since opening the season with four straight victories. New Jersey got its second road win in nine tries this season. The Devils have played eight of their last nine on the road.

Besides Kinkaid's strong game, the Devils had fortune on their side. Philadelphia hit the goal post five times and had a goal disallowed.

Kinkaid maintained a one-goal lead through the second period when he used his glove to stop Jakub Voracek twice in the final 56.1 seconds. The Devils goalie almost gifted Philadelphia a goal with just over three minutes left when he turned it over from behind the net to Wayne Simmonds right in front. Kinkaid recovered to get his stick on Simmonds' attempt.

The shutout was Kinkaid's third of the season and seventh of his career.

Anderson's goal 2:45 into the contest was the only one until Palmieri's wraparound tally with 6:08 remaining. Coleman's shot into an empty net finished the scoring with 3:02 left.

Flyers goalie Brian Elliott appeared to suffer a lower body injury on the play. He was replaced by backup Calvin Pickard.

Anderson staked New Jersey to a 1-0 lead by finishing a tic-tac-toe passing attack with a hard wrist shot from the slot that got past Elliott's left pad. A rookie, Anderson recorded his first career goal after pretty assists from Coleman and Brett Seney.

The Flyers hit the goal post on four shots and had a goal disallowed in the first. Shayne Gostisbehere's apparent equalizer five minutes after Anderson's goal was nixed due to goalie interference when James van Riemsdyk bumped Kinkaid. The officials' on-ice call was upheld after a video review.

Philadelphia welcomed its big offseason acquisition, van Riemsdyk, back to the ice. The forward had been out since injuring his knee in the second game of the season.

Notes: Flyers D Radko Gudas (illness) was a late scratch. He was replaced by Andrew MacDonald, who returned to the lineup for the first time since Oct. 25. ... The teams will play twice more, on Jan. 12 and March 1, with both games at New Jersey. ... Devils C Nico Hischier (upper body) didn't play for the second straight game. ... New Jersey improved to 7-0-1 when leading after the second period.