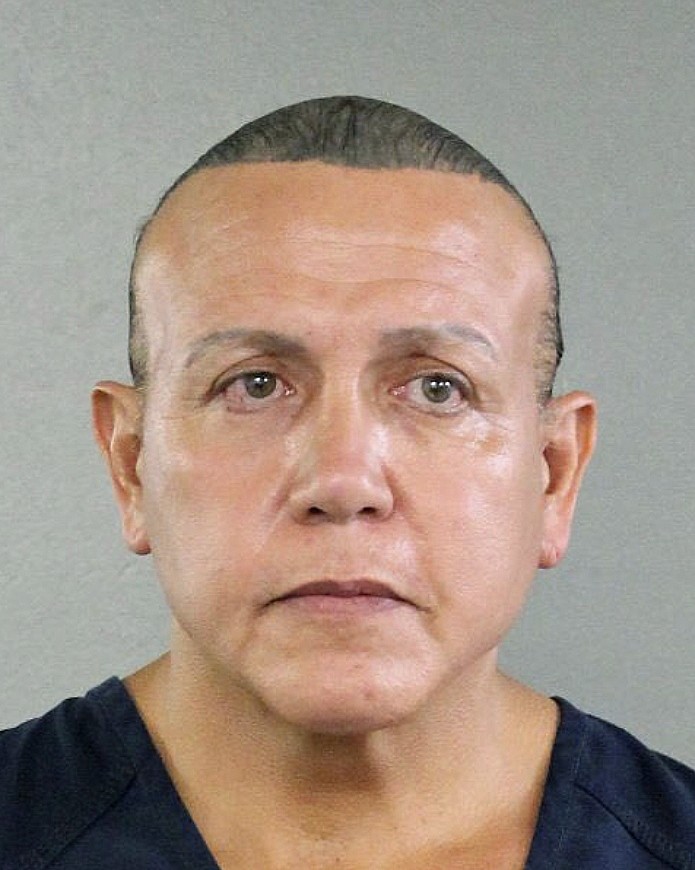 Cesar Sayoc entered the plea through his lawyer during his appearance in Manhattan federal court.

Sayoc was arrested on Oct. 26 in Plantation, Florida outside an auto parts store. He had been living in a van covered with stickers of Trump and showing images of some of the president's opponents with crosshairs over their faces.

Authorities said he sent improvised explosive devices to numerous Democrats, critics of Trump and CNN — a scare that heightened tensions before the crucial midterm elections.

The indictment, which includes five counts alleging use of a weapon of mass destruction, said Sayoc sent 16 improvised explosive devices though the U.S. mail to victims across the country. None of the devices exploded.

An improvised explosive mailed to former Democratic presidential nominee Hillary Clinton in suburban Chappaqua, New York, contained a picture of Clinton and members of her family marked with a red "X," prosecutors say.