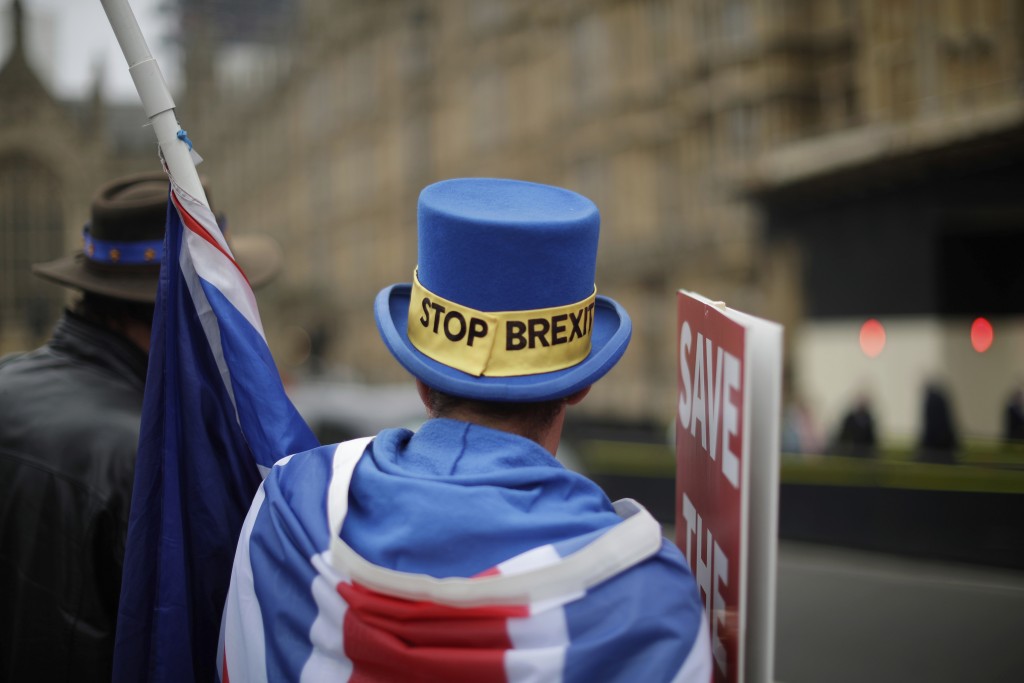 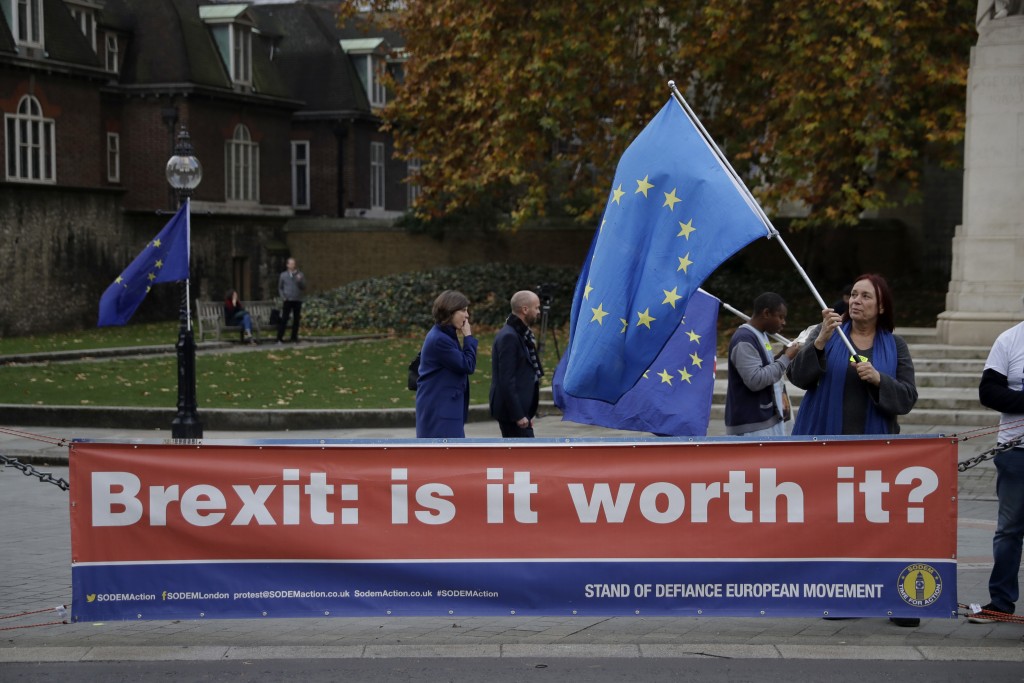 LONDON (AP) — Britain's 2-day-old draft deal to leave the European Union is in danger of collapsing, increasing the likelihood of a disorderly, economically painful exit from the bloc next year.

British politicians in favor of leaving the EU have criticized the agreement reached Tuesday after more than a year and a half of negotiations. They say it keeps the country bound to the EU under unfavorable terms and floated the idea of unseating Prime Minister Theresa May.

Even if May remains in her post, the British Parliament might reject the deal. Britain's formal exit is set for March 29, so that would leave little time to seek an alternative.

Here's a look at how Britain got into this situation:

May's party, the British Conservative Party, has long been split between those in favor of EU membership and those who want out.

One advantage of membership is it gives seamless access to trade across 27 other countries. The EU is Britain's biggest trading partner.

Opponents have argued the EU took too much political power from London; many want to restrict immigration from other EU member countries as well.

To settle the question, former Prime Minister David Cameron called for a nationwide vote on whether Britain should stay or go. On June 23, 2016, 52 percent of voters said they wanted to leave.

The unexpected outcome threw the country into chaos, with Cameron resigning and the value of the pound tumbling 15 percent in a day. May eventually took over as prime minister. In March 2017, she submitted the formal notice of Britain's intent to withdraw from the EU. The action started a two-year countdown and negotiations on the terms of the exit and for future EU-U.K. relations.

The difficulty of the negotiations quickly became clear. The EU took a tough approach. It insisted Britain would no longer enjoy any of the bloc's "four freedoms": the freedom for citizens, money, goods and services to travel and operate across borders without hindrance.

In a bid to solidify her power and the stated goal of ensuring a "strong and stable" government would be seated at the Brexit negotiations, May called a general election for June 2017. The move backfired, and her Conservatives lost their majority in Parliament. She had to create a minority government with the Democratic Unionist Party of Northern Ireland.

The talks on a Brexit deal remained stalled for months, largely over the problem of the future border between Britain's Northern Ireland and the EU's Republic of Ireland. The fear was that reinstalling a hard border with import duties and travel restrictions would renew sectarian violence.

The EU insisted that Britain should not be allowed to enjoy the fruits of staying in its seamless trading union. So it proposed allowing Northern Ireland to remain in the customs union, but not the rest of Britain. May's government rejected that, saying it threatened to break up Britain.

With the clock ticking, British and EU officials intensified their efforts and reached a draft deal on Nov. 13.

The agreement envisions Britain leaving the EU as planned on March 29 but remaining inside the bloc's single market and bound by its rules until the end of December 2020. That would buy time to work out a permanent post-Brexit trading relationship.

Other terms call for Britain paying 39 billion pounds ($50 billion) to settle outstanding obligations to the EU. British and citizens of EU countries would be allowed to remain where they currently live and work.

The deal also commits the two sides to a "backstop" solution that keeps the U.K. in a customs arrangement with the EU as a guarantee the Irish border remains free of customs posts. The backstop would last until superseded by new trade arrangements, which both sides say they hope to have in place by the end of 2020.

Many pro-Brexit politicians immediately slammed the deal. They said it would leave Britain a vassal state by making it observe EU customs rules that it will no longer have a say in shaping. Some pro-EU politicians favored calling another vote on whether Britain should leave the EU at all.

May has defended the deal as providing the continuity businesses need while the country and the EU agree on a long-term trade relationship.

Two Cabinet ministers and five junior government members resigned Thursday and a leading pro-Brexit lawmaker called for a no-confidence vote on May.

If Parliament rejects the draft deal, the more likely it is that Brexit happens without any agreement spelling out future relations with the EU. Businesses and most economists view that as a worst-case scenario for the British economy.

It would mean a return of tariffs on trade between Britain and the EU as well as border checks on goods. That could delay shipments of everything from food and fuel to clothing and cars. Some companies have been stockpiling to prepare for such a possibility.

And Britain would drop out of Europe-wide protocols that govern areas such as aviation and prescription drugs, threatening to ground flights and disrupt supplies of drugs.