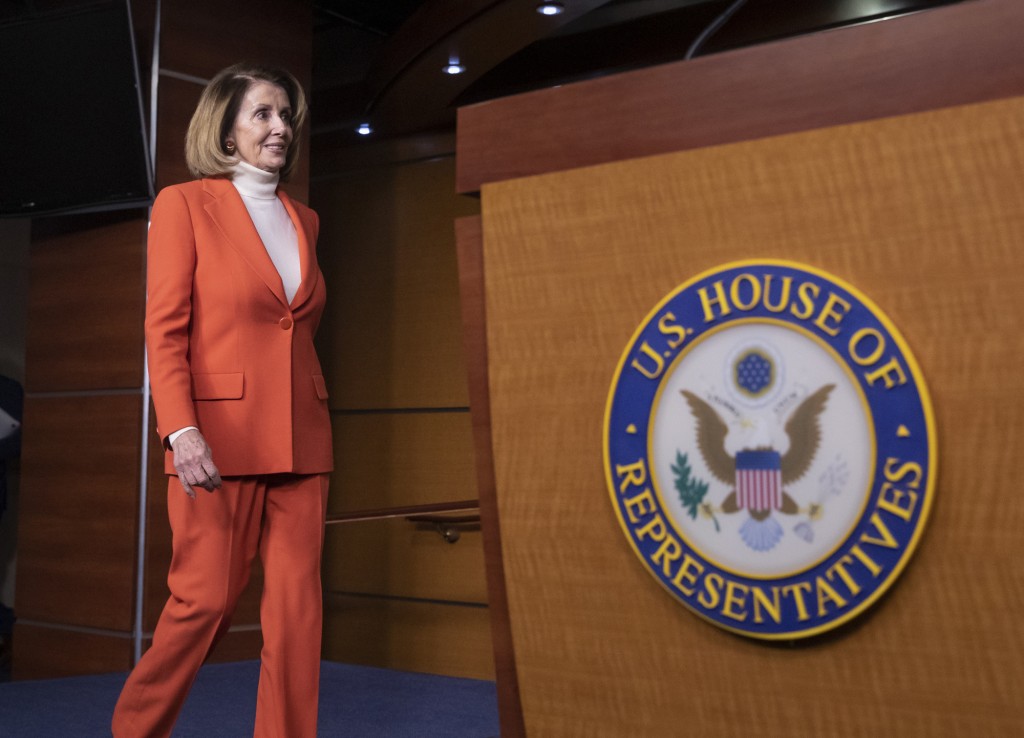 WASHINGTON (AP) — House Democratic leader Nancy Pelosi says she has "overwhelming support" among fellow Democrats to become the next House speaker, and says: "I intend to win the speakership with Democratic votes."

Pelosi says she thinks she's the best person for the job and that any Democrat who disagrees should run against her.

Disgruntled Democrats claim they have 17 names on a letter opposing Pelosi's leadership. They say those signing are pledging to vote against the 78-year-old Californian when the full chamber elects the next speaker on Jan. 3.

Pelosi is dismissing that challenge, and she asks reporters: "Have you seen the letter?"

Democrats seeking to block Pelosi argue it's time to give younger Democrats a chance to rise to high-level posts.

Pelosi was speaker before Republicans took House control in 2011.