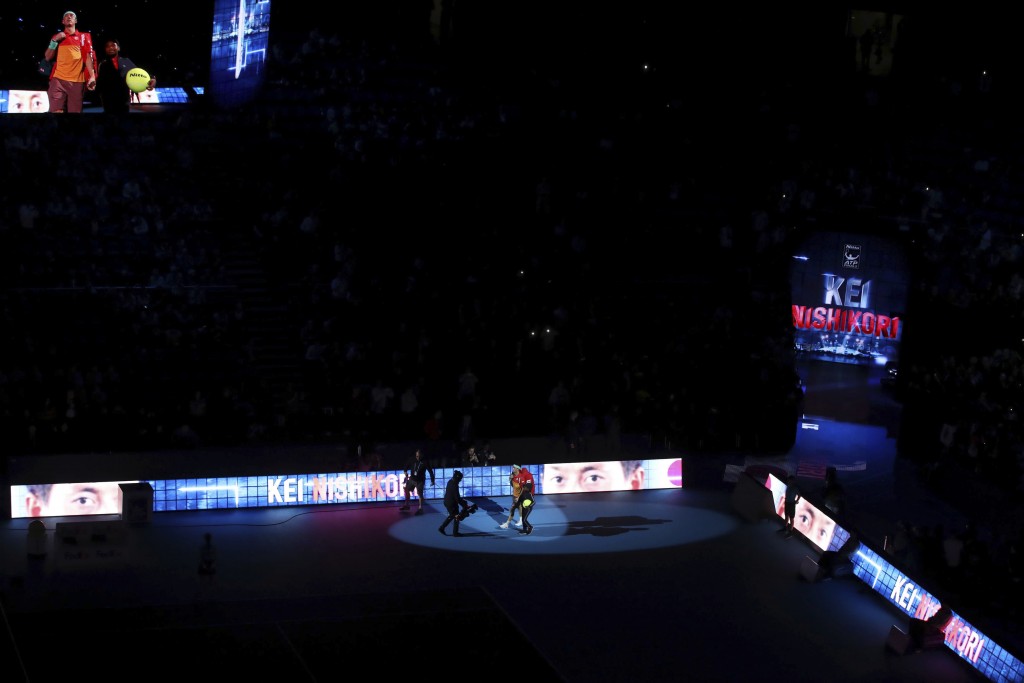 LONDON (AP) — The Davis Cup and the Laver Cup are getting a new team-competition companion.

The men's tennis tour said Thursday the debut of the ATP Cup will take place in January 2020, just a week before the start of the Australian Open.

The announcement of the 24-team event comes three months after the International Tennis Federation — backed by a group of investors spearheaded by Barcelona soccer player Gerard Pique — said it would hold a one-week competition for 18 nations in Madrid in November 2019.

The ATP Cup will be played over 10 days in three yet-to-be-confirmed Australian cities.

"You can have multiple team events, that's not the issue," ATP president Chris Kermode said. "The issue is that the timing is so close and I get that. I'm really, really confident that down the line we will find a resolution for this."

The ATP Cup, which will offer $15 million in prize money for players, will be held in partnership with Tennis Australia. The location and timing is intended to provide ideal preparation ahead of the Australian Open, with the first Grand Slam of the season starting in Melbourne a week later.

Tennis Australia is also a partner of the Laver Cup, another annual team competition, which began in 2017 and pits European players against a "World" team in September.

"We'll make sure that in 2020 we run a great event and we'll do whatever we can in partnership with the tour and others to ensure that Davis Cup is also a magnificent global event," Tennis Australia CEO Craig Tiley said.

Nations will qualify for the ATP Cup by virtue of the ranking of their highest-seeded player and will then be split into six groups of four to compete in a round robin, which will feature one doubles contest and two singles matches.

Unlike the Davis Cup, the ATP Cup will offer ranking points, which will be based on individual results. A player who wins all his matches — and the tournament — could claim 750 points.

The launch took place at the O2 Arena in London, where the men's tennis tour's flagship event, the ATP Finals, is currently taking place.

"We have Davis Cup, obviously, that has been the most historical team event," said top-ranked Novak Djokovic, the president of the ATP Player Council. "And now we have the ATP Cup that is definitely going to be right up there in terms of its value from the players' perspective."

The ATP formerly held a World Team Cup in Dusseldorf, Germany, which ran for 35 years but was discontinued in 2012.

"All of us players around the world are unified and united in this event," American player John Isner said. "It's the perfect week for it. Everyone wants to be in tip-top shape come the Australian Open and this event is going to allow us to do that."