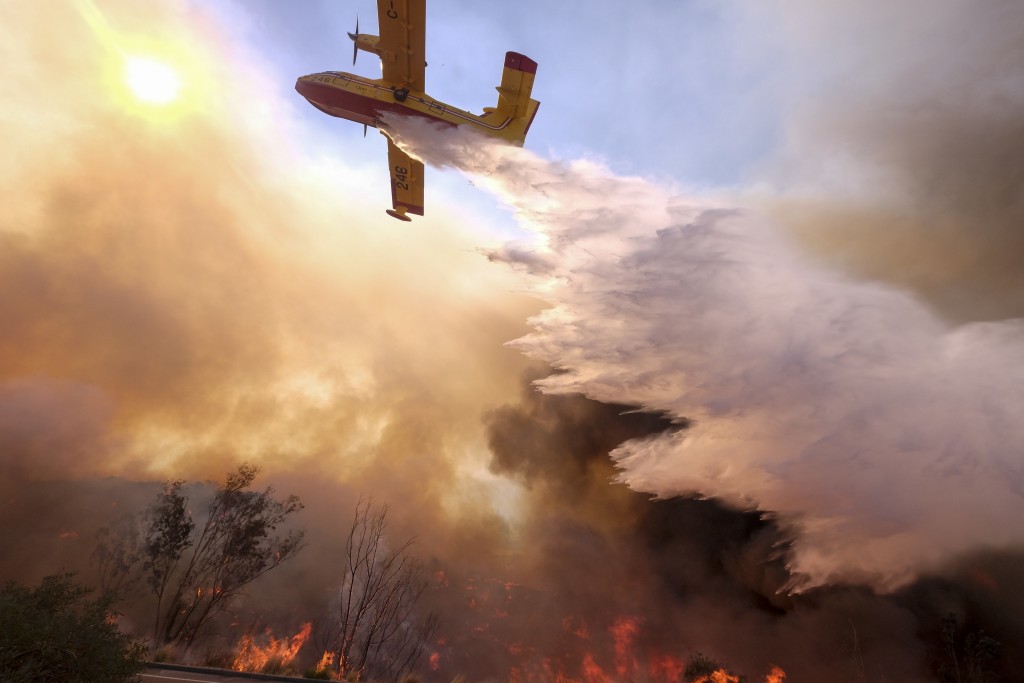 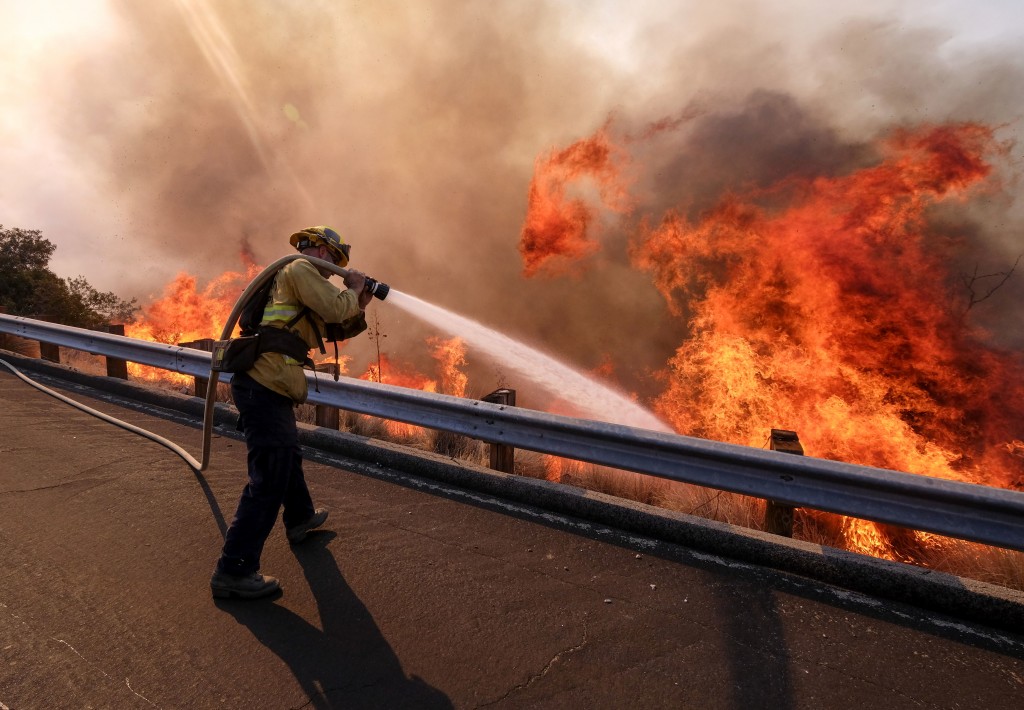 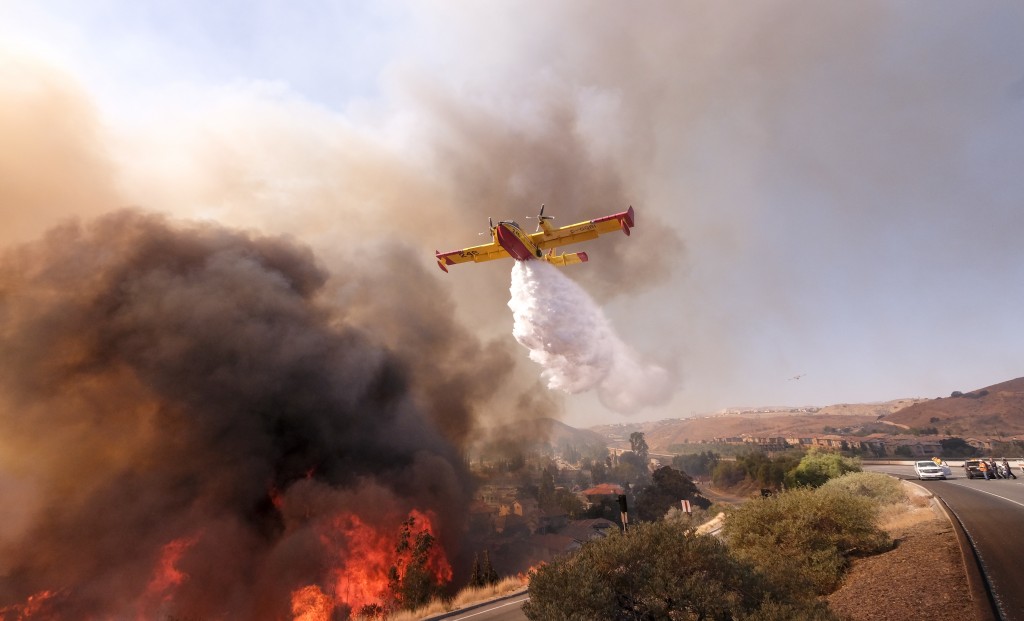 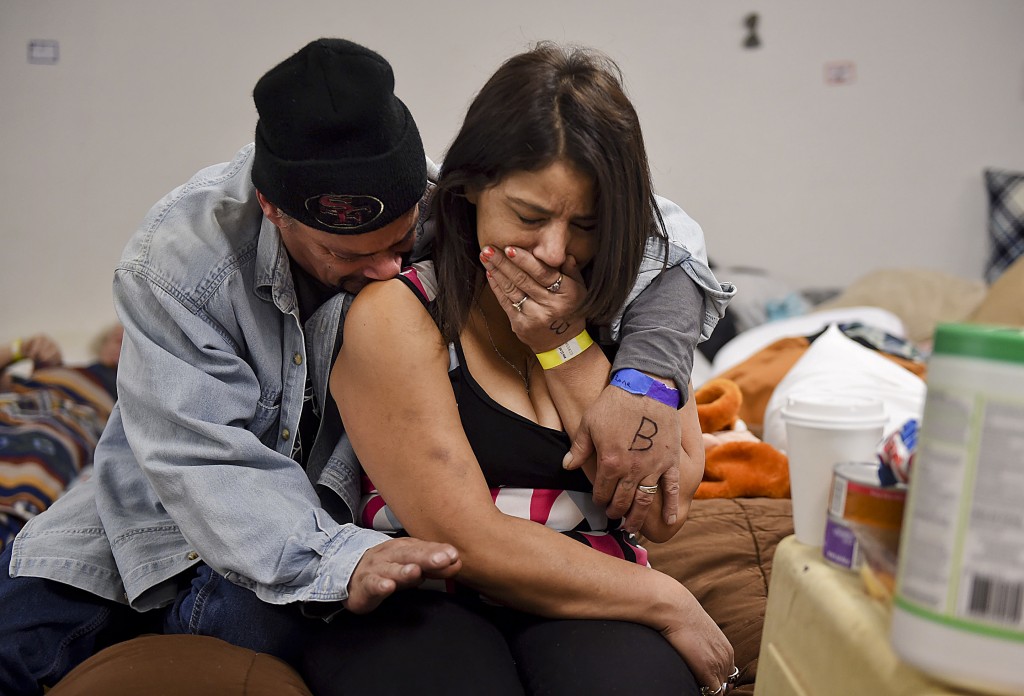 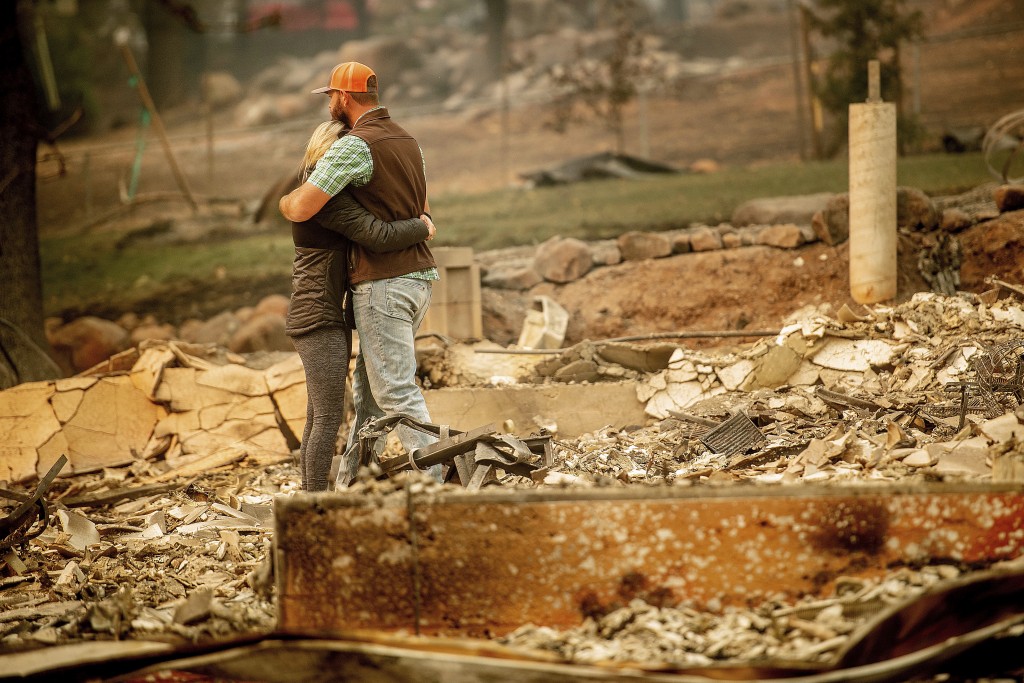 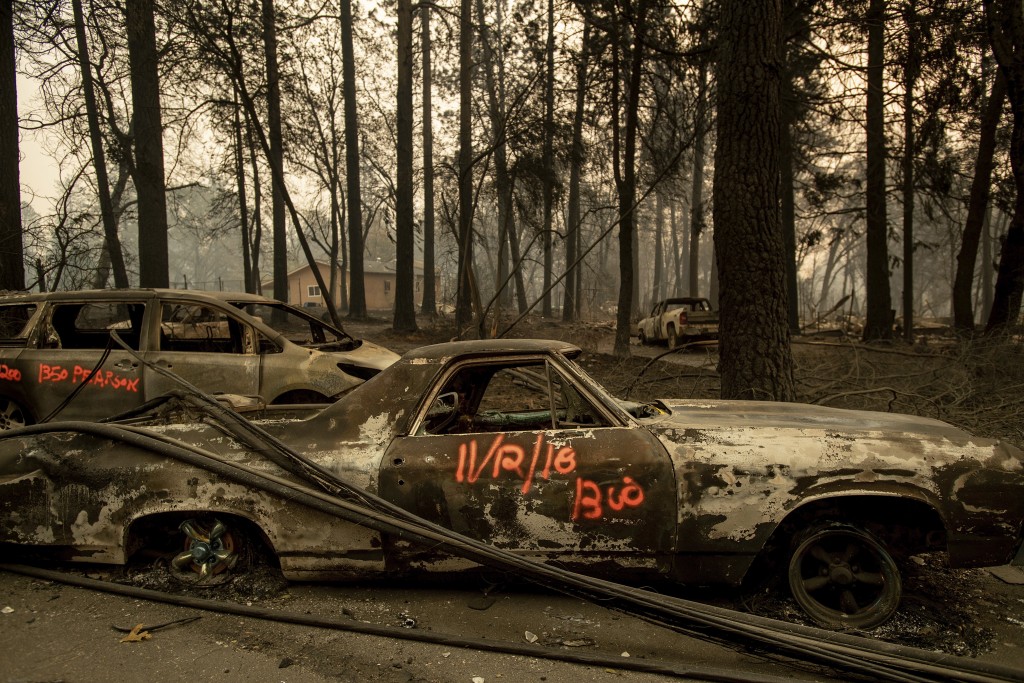 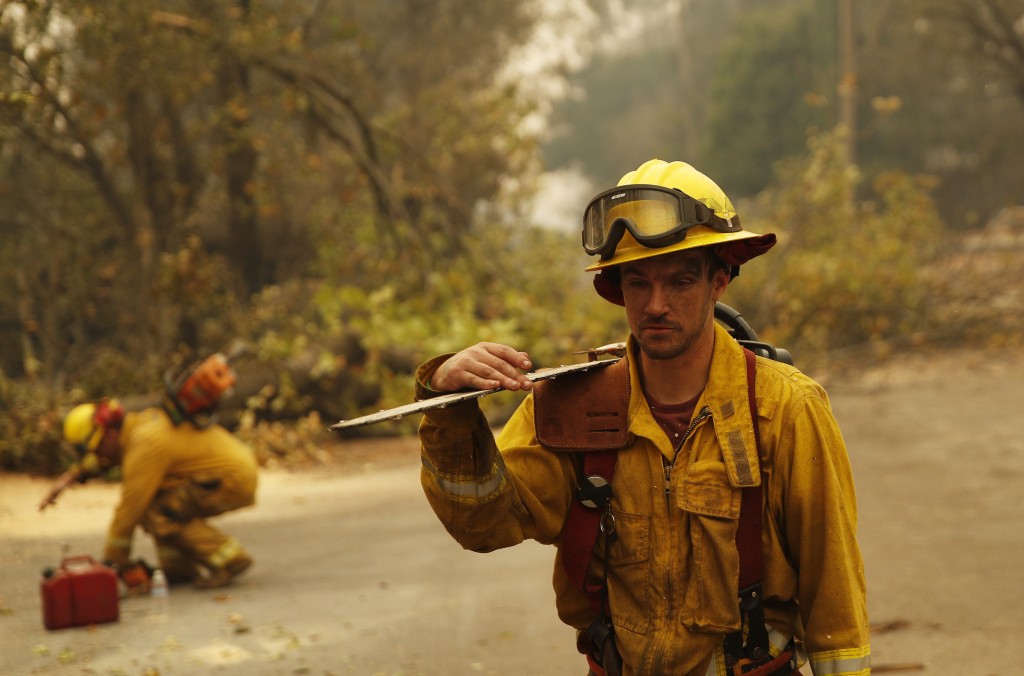 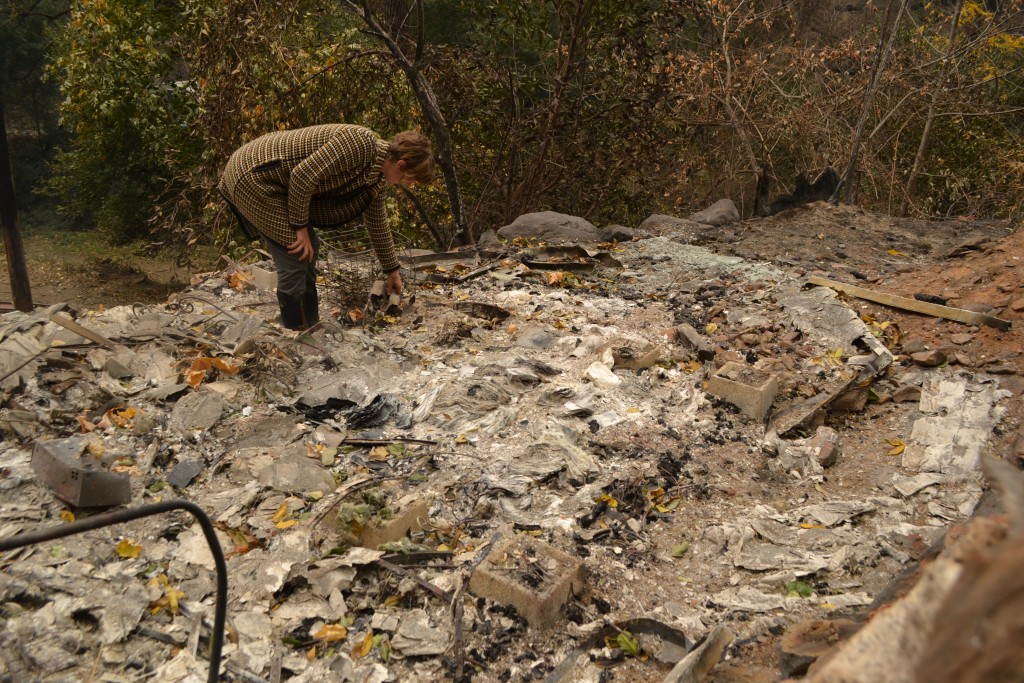 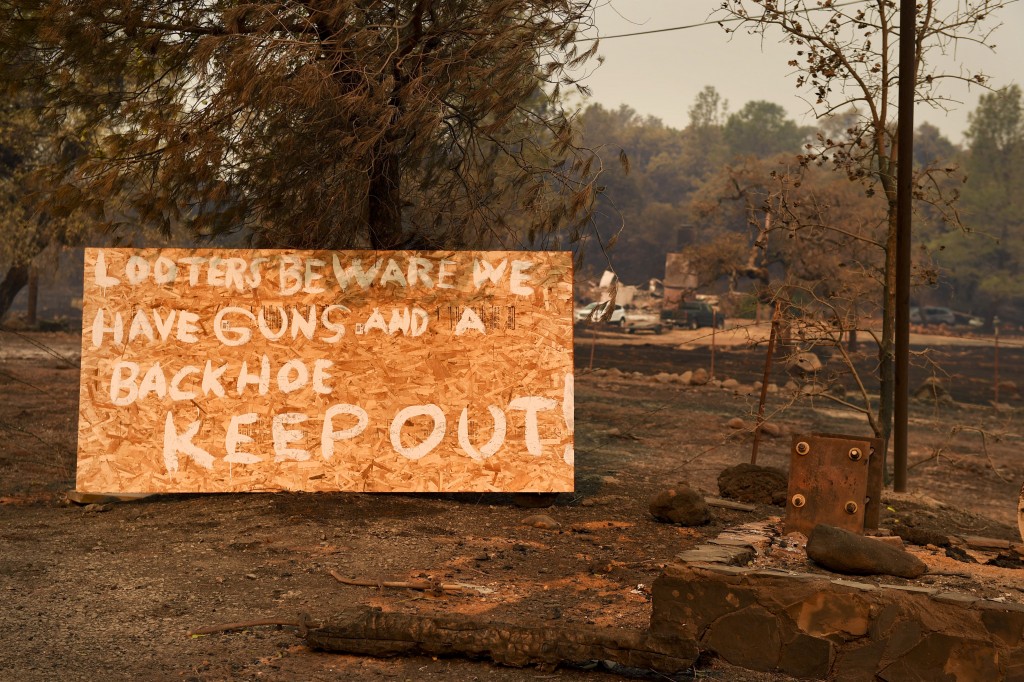 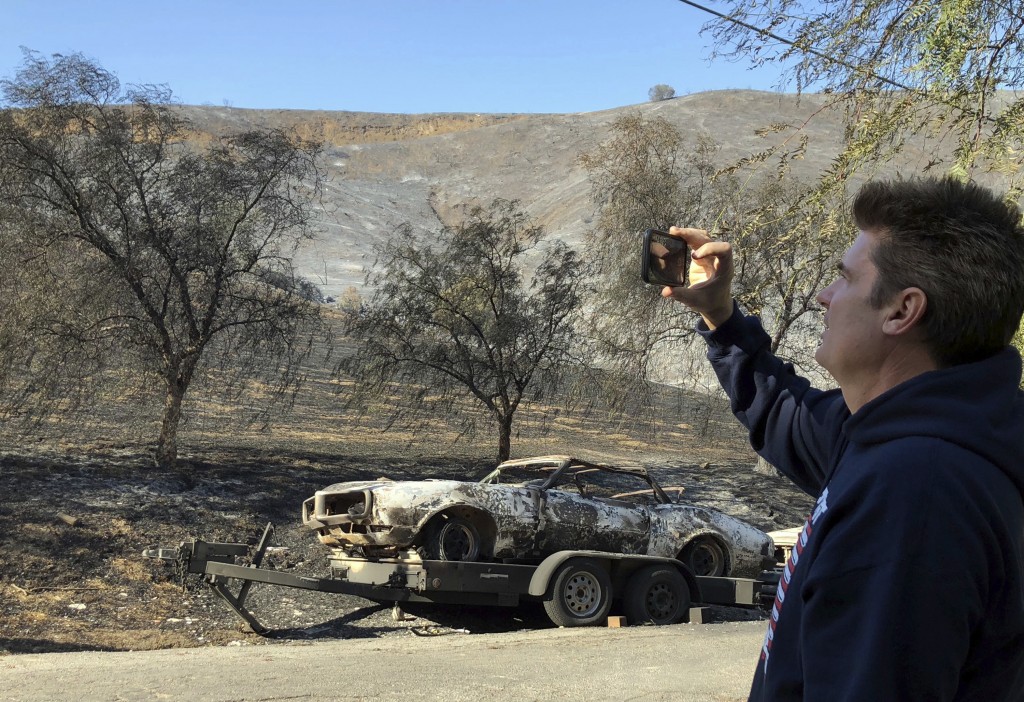 PARADISE, Calif. (AP) — The Latest on wildfires in California (all times local):

Firefighters are working to extend containment lines around the vast area burned by a Southern California wildfire.

The work to eliminate the threat from the so-called Woolsey Fire on Tuesday was happening as winds continue to cause high fire threats from metropolitan Los Angeles to San Diego County.

The latest estimates show the fire spread over more than 146 square miles (378 square kilometers). The fire area is expected to be fully contained by Thursday.

Authorities have said two people were killed in the fire and at least 435 buildings were destroyed.

More than a dozen coroner search and recovery teams looked for human remains from a Northern California wildfire that killed at least 42 people, making it the deadliest in state history. Anxious relatives are visiting shelters and calling police hoping to find loved ones alive.

Lisa Jordan drove 600 miles (1,000 kilometers) from Yakima, Washington, to search for her uncle, Nick Clark, and his wife, Anne Clark, of Paradise, California. Anne Clark suffers from multiple sclerosis and is unable to walk. No one knows if they were able to evacuate, or even if their house still exists, she said.

Lisa Jordan says she's staying hopeful and adds: "Until the final word comes, you keep fighting against it."

The figure that is almost certain to spike following the blaze that last week destroyed Paradise, a town of 27,000 about 180 miles (290 kilometers) northeast of San Francisco.

Authorities were bringing in two mobile morgue units and requesting 150 search and rescue personnel. Officials were unsure of the exact number of missing.