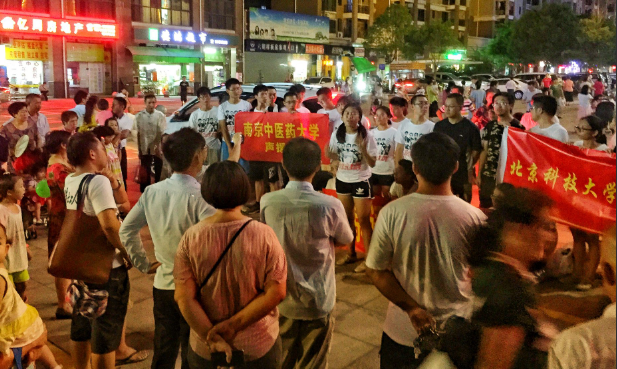 TAIPEI (Taiwan News) – The Chinese government stepped up its suppression of workers’ rights protests over the weekend, according to multiple reports.

An unknown number of student activists from some top Chinese universities, many of whom are dedicated Marxists and Maoists, along with other union supporters were detained over the weekend in raids that took place in Beijing, Shanghai, Shenzhen, Guangzhou, and Wuhan.

The Financial Times reports quotes a student, Yu Tianfu from Peking University, describing recent raids which took place Friday evening (Nov. 9). “At least five men in black clothing,” came at Yu knocking him to the ground, where they proceeded to kick him, breaking his glasses.

After the assault Yu says he remembers a classmate, Zhang Shengye, being thrown into a car and taken away. “Next was the sound of a door slamming, and I saw a classmate being forced into their car.”

The Guardian reports that at least 10 young labor protestors were detained over the weekend in a government campaign to target and suppress rising student and labor activism. Zhang was reportedly a leader in the search effort to locate and assist those who who have been detained by the communist authorities in recent months.

In July, thirty workers were detained at the Jasic factory in the Pingshan District of Shenzhen City for attempting to form a workers union.

The following month, when student organizations from some of China’s top universities came out to Shenzhen to voice support for the workers, police raided the guesthouse where they were staying arresting at least 40 students.

Then in September, the Marxist society at Peking University was closed down by authorities, and some of its members arrested, after they voiced support for the trade union in Shenzhen.

The Jasic Workers Solidarity Group is quoted as saying that Peking University has been complicit in permitting the recent crackdown and secret detentions of the students.

The Jasic Workers Solidarity group claims that in addition to the students detained on Friday, the government has also arrested three members of their group, two NGO employees working with laborers in Shenzhen, and several other activists, reports the Guardian.