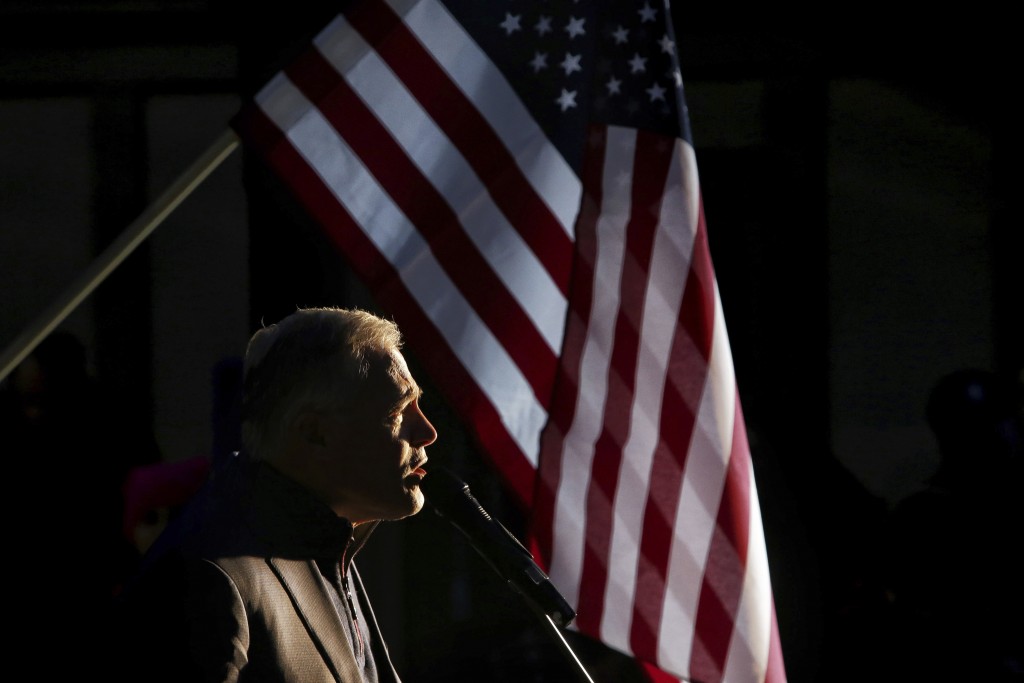 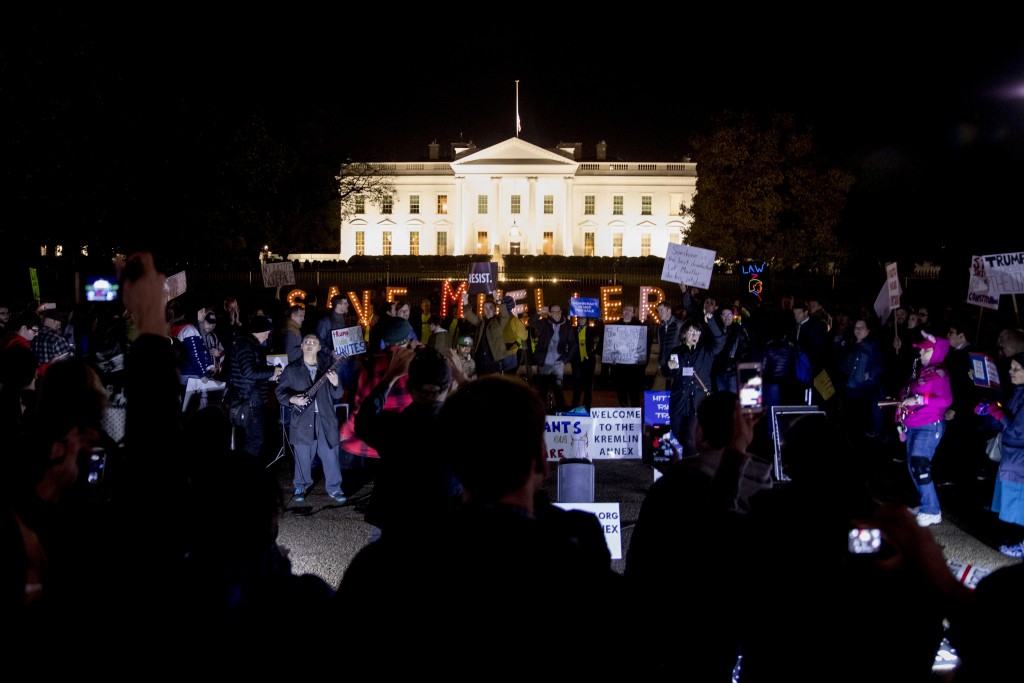 WASHINGTON (AP) — Matthew G. Whitaker, the nation's new acting attorney general, repeatedly chided presidential candidate Hillary Clinton in public statements during 2016 while he was speaking for a group that is barred by its tax-exempt status from supporting or opposing political candidates during a campaign.

Before coming to the Justice Department in 2017, Whitaker was president and executive of the Foundation for Accountability and Civic Trust, a charitable organization that styles itself as nonpartisan government watchdog promoting ethics and transparency. The tax-exempt group — known by its initials, FACT — is supposed to serve the public interest under Section 501c3 of the U.S. tax code, without directly or even indirectly supporting or opposing specific candidates for office.

FACT says it has remained nonpartisan. "As a nonpartisan ethics watchdog, the Foundation for Accountability and Civic Trust (FACT) holds accountable government officials from both parties, as well as associated political campaigns and organizations," according to a statement provided by a FACT spokesperson.

Yet the group has engaged in one partisan pronouncement after another, mostly directed at Democrats. During the last presidential race, Whitaker argued in July 2016 newspaper opinion pieces that Clinton should be prosecuted for her handling of her private email server — a favorite talking point of Donald Trump. The opinion pieces identified Whitaker as FACT's leader.

In September 2016, Whitaker argued that Clinton had acted shamelessly by appointing her charity's donors to boards of the State Department when she was secretary of state.

"I don't think anybody in the history of our country that served in the administration has been this bold in their private fundraising and their sort of giving favors," he said in a radio interview posted on YouTube by his group.

Daniel Borochoff, president of CharityWatch, a Chicago-based group that monitors the nonprofit world, said that statement appears to violate the IRS ban on engagement for or against a particular political candidate. "It's highly critical of a candidate, and he ought not to be doing that, because it's a political partisan comment," he said.

The FACT statement stressed that the focus of its work on Clinton "was related to the federal investigation into her improper use of personal email and reckless handling of classified information when she was then Secretary of State."

FACT has also sometimes asked for investigations of Republicans including Rep. Mark Meadows of North Carolina over an employee's severance pay, former Rep. Charles Boustany of Louisiana over alleged use of official resources for his campaign, and former Rep. Todd Akin of Missouri for an allegedly improper in-kind donation.

But the news and social media postings highlighted on the FACT website are focused overwhelmingly on challenges to Democrats and Democratic groups.

Whitaker, a former U.S. attorney in Iowa, left FACT in October 2017 to become Attorney General Jeff Sessions' chief of staff. He was named Wednesday by Trump to take over at least temporarily for Sessions, who resigned at Trump's request.

FACT was founded in 2015, tax filings show. Whitaker drew a sizable portion of its budget as his salary as president and executive director — in 2016 he earned more than twice what leaders of similar groups were paid on average that year, according to data from another watchdog group, Charity Navigator.

Borochoff suggested that Whitaker's board of directors at FACT didn't appear to be independent enough to apply the brakes on his campaign partisanship. Whitaker appeared to exert tight control over a three-person board of directors that included just one unsalaried member, according to the group's IRS filings in 2015-16.

Whitaker's foundation was initially formed and then primarily supported with funds from another organization called Donor's Trust. That group is a nonprofit built to give conservative and libertarian philanthropists "any level of privacy they want," according to its marketing materials.

A FACT spokesperson declined to provide any details on donors or anyone for an on-the-record interview. There was no reply to a request for comment from Whitaker made through the Justice Department.

Though 501c3 groups can legally withhold the identity of their contributors and generally do so, there may be a distinct irony when a group dedicated to transparency keeps its funding sources in the shadows.

It is clear from IRS filings that FACT has paid outside Republican firms to perform some of its work. One such firm is America Rising LLC, which was given $144,000 for research in 2015.

America Rising LLC formed in Delaware in 2002 and was first registered to do business in Virginia in 2016, but its registration was canceled in May 2018 for failing to pay its annual registration fee, according to Katha Treanor, a spokeswoman for the State Corporation Commission. America Rising LLC did not respond to queries from The Associated Press.