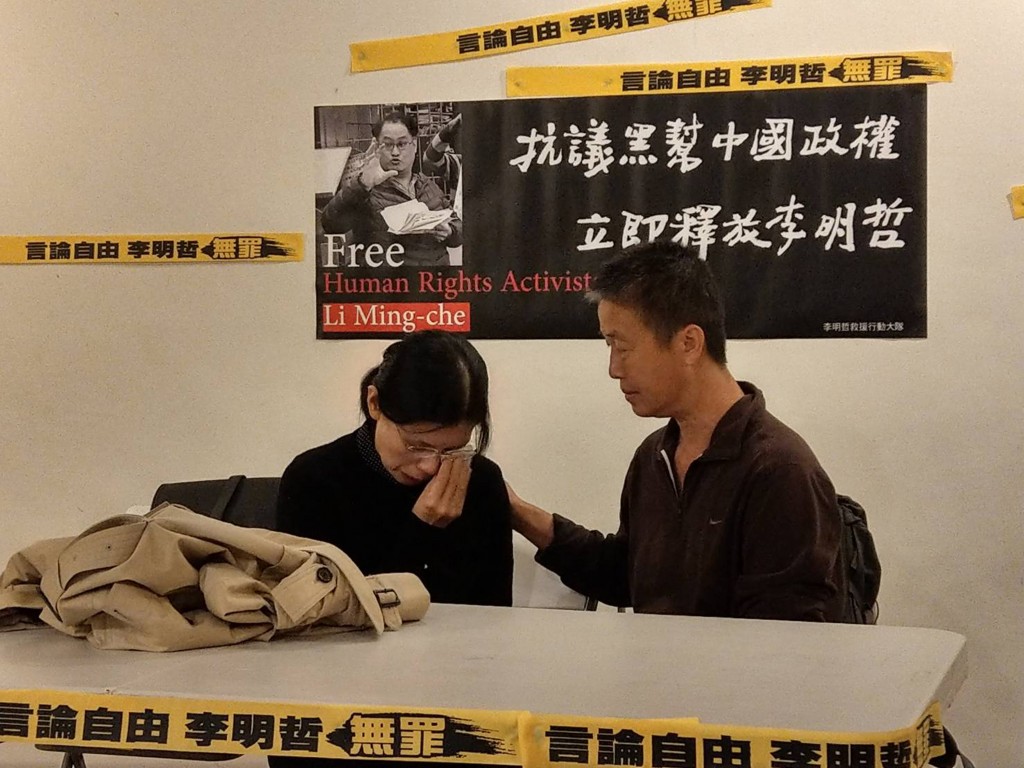 The non-governmental organization worker was arrested during a trip to China in March last year and later sentenced to five years in prison for subversive activities.

Just as his wife, Lee Ching-yu (李淨瑜), was preparing to travel to see him on October 22, she received the news that he had been moved from a prison in the province of Hunan to another facility in the northern province of Hebei.

On October 31, she was informed that he had been moved back to the original jail, but no clear reason was ever provided about the reason for the double move.

She said that in both regions of China, temperatures had fallen to low points, while the refusal to let her see Lee made her worry about his health, the Central News Agency reported.

During the past year, Lee Ching-yu succeeded in visiting her husband five times, with the most recent meeting taking place on September 10, but the more than 50 letters she wrote to him never arrived in his hands, activists said. Of the 55 books she also sent, only a couple of wuxia novels by the late Louis Cha (金庸) had reached him, while the other books were reportedly still being reviewed by the authorities.

The government-level Mainland Affairs Council (MAC) accused China of maliciously blocking the visit by Lee’s wife and of neglecting basic human rights. The Chinese prison had initially accepted the latest request to visit, but on Friday it suddenly told Taiwan that the situation had to be revised “due to an upgrade to the information system,” an MAC official told CNA.