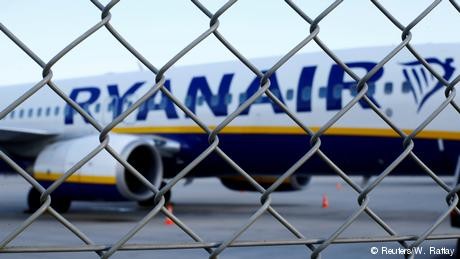 The 149 passengers were heading to London were already on board and had to disembark when the aircraft was seized on Thursday evening, the airport said.

France's Directorate General for Civil Aviation (DGAC) said the passengers were delayed five hours but made it to their destination with a later Ryanair flight.

It was "regrettable" that the plane had to be impounded "as a last resort" after several efforts to get Ryanair to repay the subsidies had failed, the directorate said.

In 2014, the European Commission said Ryanair had to pay back €858,000 ($973,000) worth of rebates and marketing arrangements it received at Angouleme airport. The airline owes the regional aviation authority €525,000, the Charente Libre newspaper reported.

DGAC said it the plane "will remain immobilized until the sum is paid." Ryanair's fleet is made up mainly of Boeing 737-800 aircraft, which have a list price of more than $90 million each.

The EU also ordered authorities to recoup money from Transavia over benefits they had received at two other French regional airports.

Last week ministers from five European governments warned Ryanair that it could face legal trouble if it ignores national labor laws after a series of strikes across the continent.