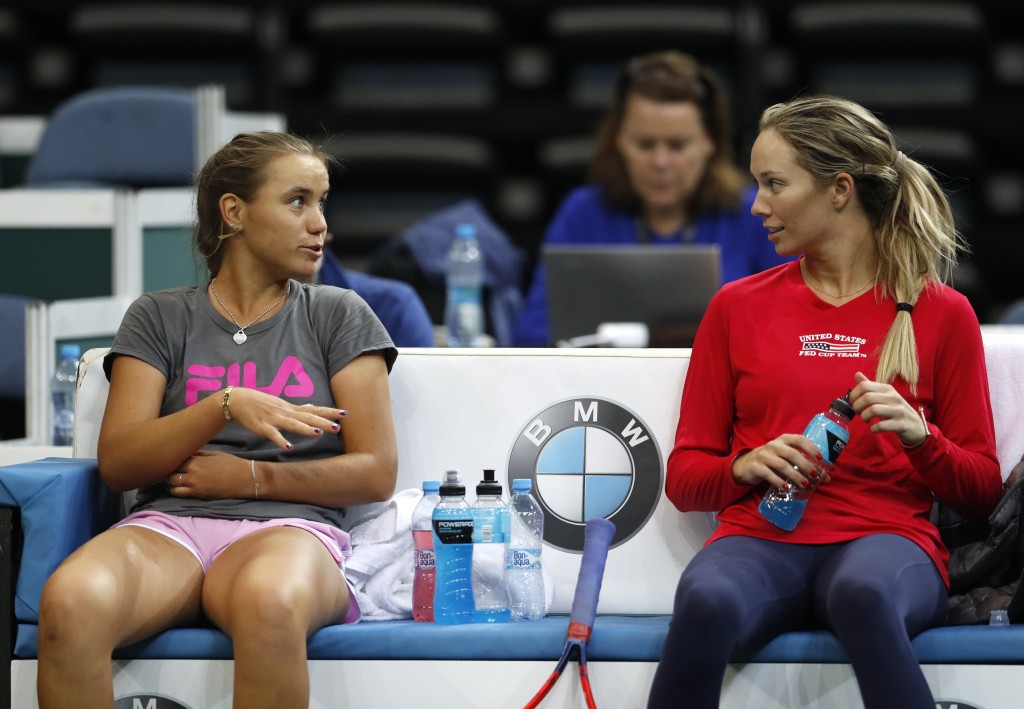 Alison Riske was drawn to play Katerina Siniakova in the second singles match on Saturday on an indoor hardcourt at the O2 Arena.

In Sunday's reverse singles, Kenin will go up against Siniakova and Riske will meet Strycova.

In doubles, the final match of the best-of-five series, Riske and Danielle Collins will play for the United States against the No. 1 doubles pair of Barbora Krejcikova and Siniakova.

With Kathy Rinaldi in her first season as the U.S. captain last year, the Americans won a record 18th title, beating Belarus 3-2 in the final.

The Czechs are seeking their sixth title in eight years.