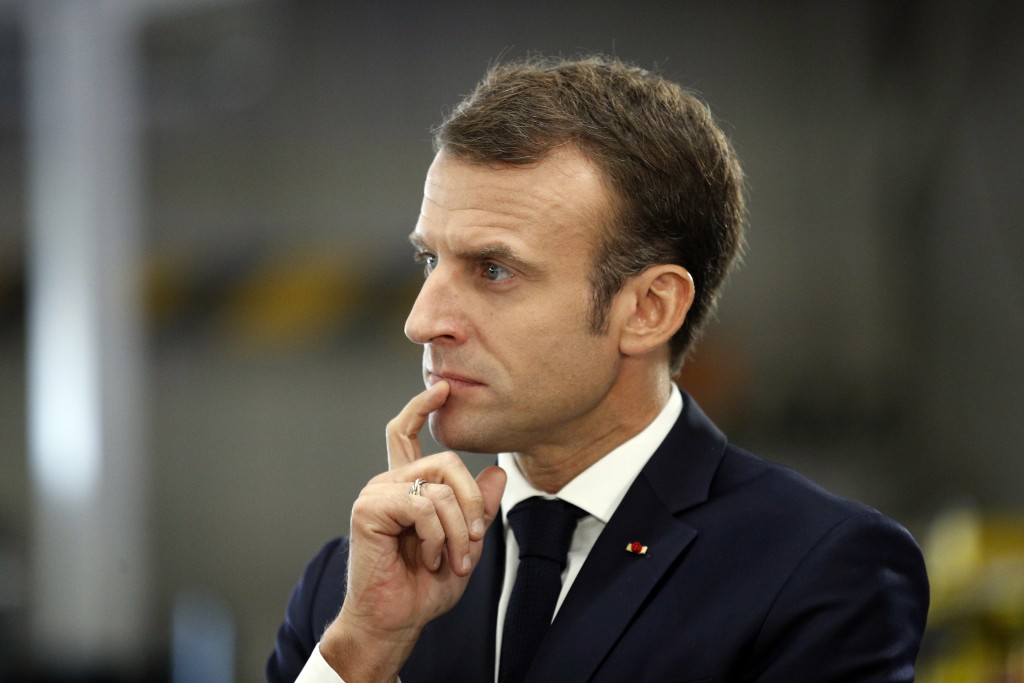 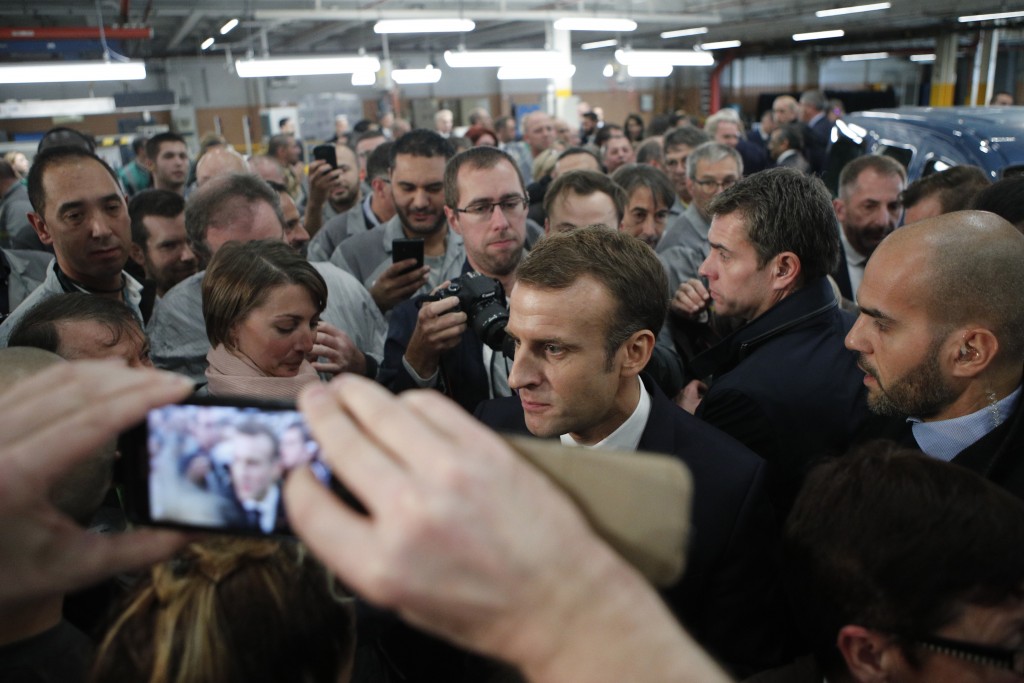 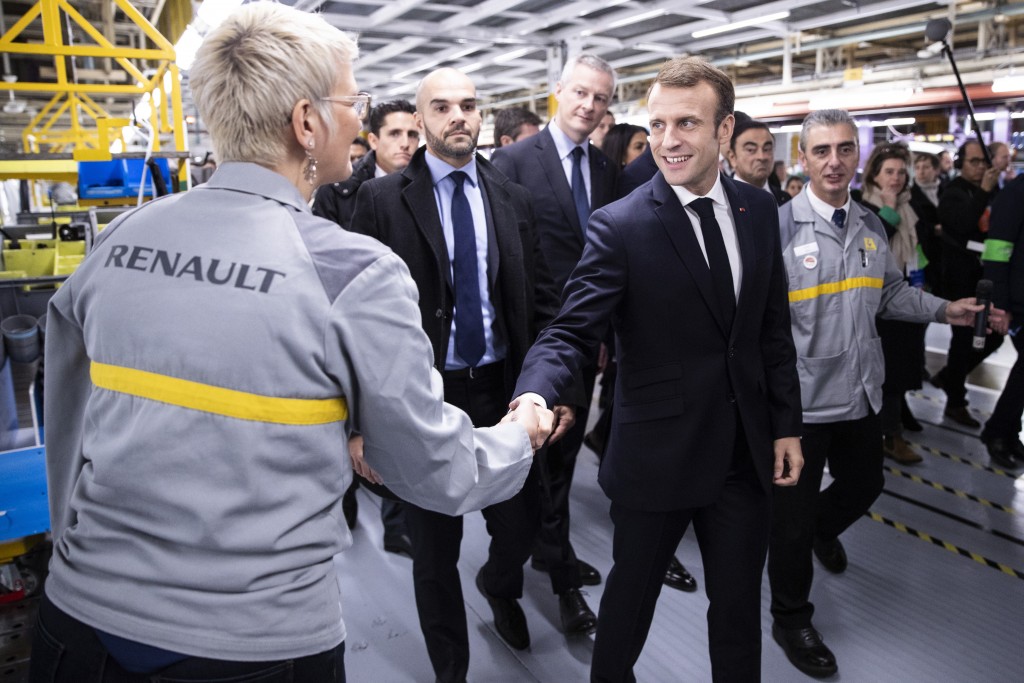 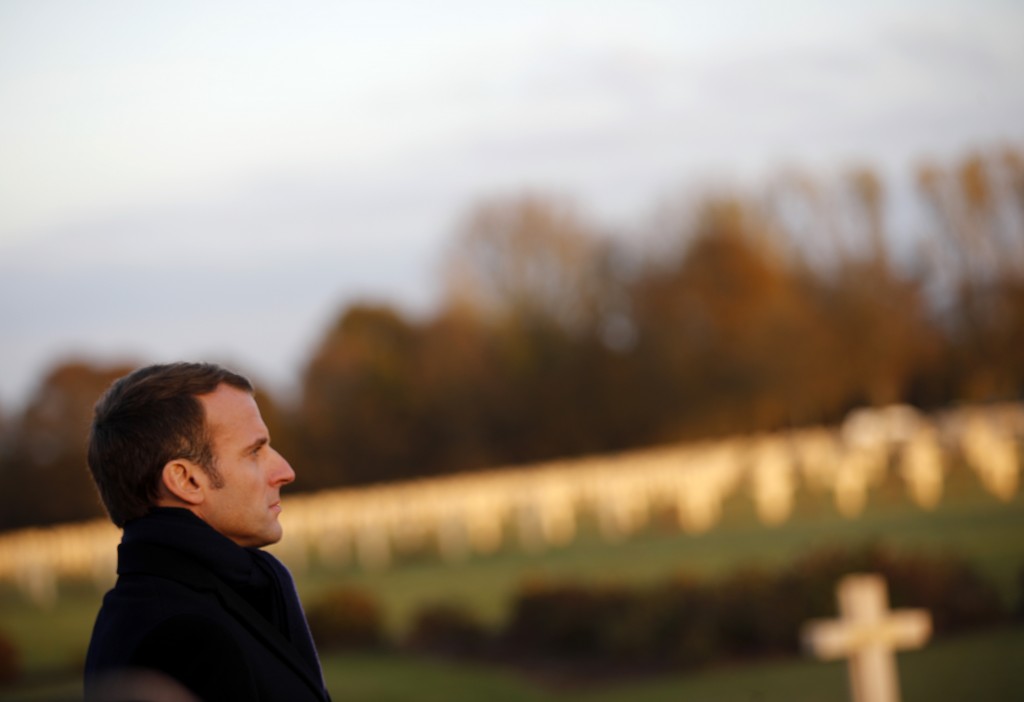 LENS, France (AP) — It's a weakened Emmanuel Macron who'll be hosting U.S. President Donald Trump, Russia's Vladimir Putin and other world leaders at centennial commemorations in Paris this weekend to mark the end of World War I.

The French president is coming off a bruising week, with his domestic popularity at a new low and following a turbulent tour of northeastern France where ordinary citizens he hoped to reconnect with instead repeatedly bent his ear over unpopular policies.

The six-day swing across regions, towns and villages that were among the most brutalized by the 1914-1918 war was conceived by Macron himself, and billed by his office as unprecedented in its duration and scope since the presidency of Gen. Charles de Gaulle.

With stops at once-bloody battlefields and poignant WWI memorials, Macron achieved one of his main goals: To highlight soldiers' sacrifices and sound renewed warnings about European division and rising nationalism, dangers he is increasingly concerned about.

But the commemorative pathos and broader message were also polluted by the more immediate concerns of citizens he met. In the town of Charleville-Mezieres, where Macron had his entire cabinet hold its weekly meeting, instead of in his gilded offices at the Elysee Palace in Paris, a retiree challenged him over shrinking pensions.

And he's had to repeatedly defend his government's policies on fuel. High prices at the pumps have dominated news bulletins. Crude oil prices are largely to blame. But Macron's government has also hiked fuel taxes to fight pollution, angering drivers and truckers who plan to protest by blocking roads across France next week.

"I prefer taxing fuel to taxing labor. People complaining about rising fuel prices are the same ones who complain about pollution and how their children suffer," Macron said in an interview to regional newspapers.

Fending off criticism about fuel and pensions wasn't the main goal for Macron's aides as they carefully choreographed his tour through regions among the hardest-hit by deindustrialization and agricultural difficulties. With rates of unemployment and poverty above the national average, France's northeast is pock-marked by discontent that has proved to be fertile ground for far-right French nationalist leader Marine Le Pen, beaten by Macron in last year's presidential election.

Macron said, however, that he was happy for the opportunity to deal with people's grievances directly.

"There are days when people are angry," he said Thursday as he toured a Renault car factory hailed as a model of productivity. "I need to explain what I do to those who are angry, to respect them and listen to them. That's what I do."

The confused and mixed messaging that came out of Macron's tour was also partly his fault. On Wednesday, he stirred controversy and angered France's main Jewish group by speaking favorably of the World War I record of Marshal Philippe Petain — a general who subsequently became a top collaborator with the Nazis in World War II.

Indeed, hosting Trump, Putin and other world leaders could offer a welcome moment of respite.

Sylvie Corbet has covered French politics for The Associated Press since 2010.