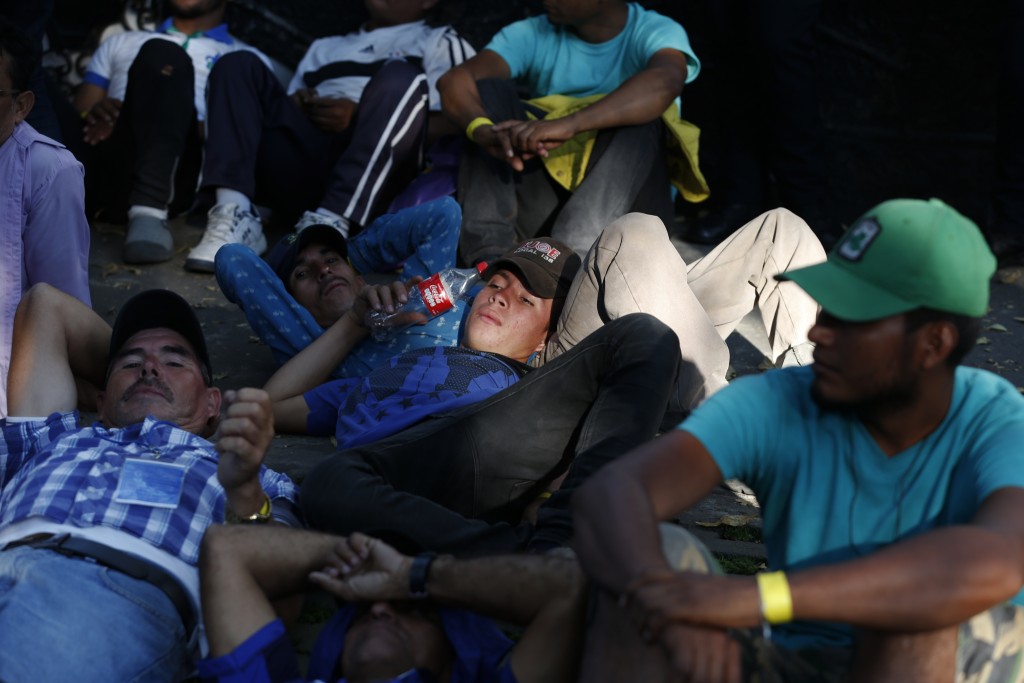 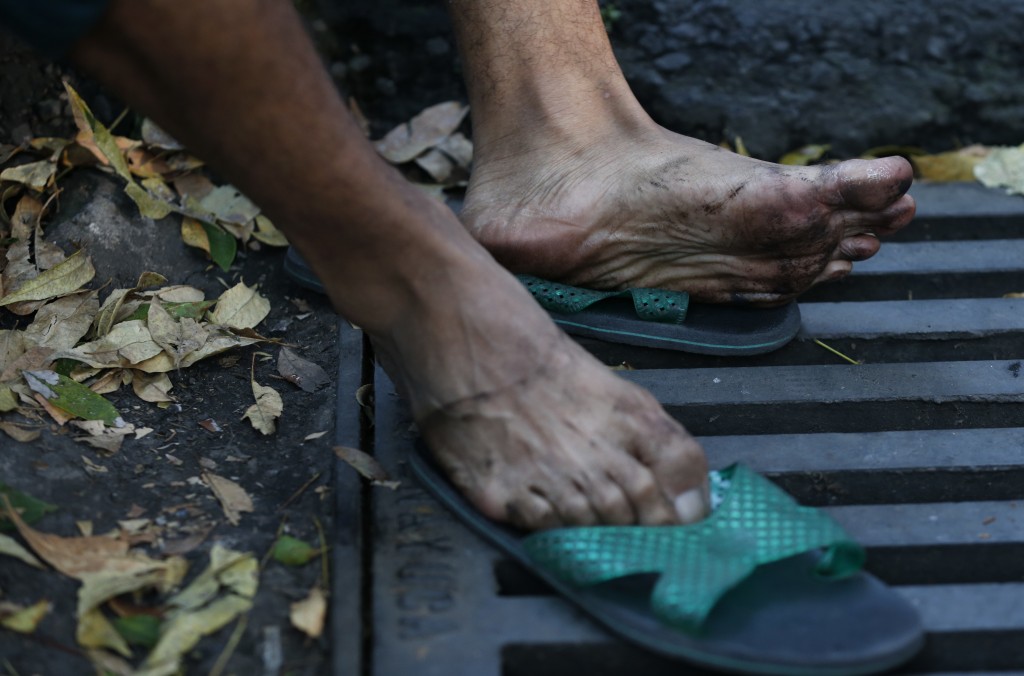 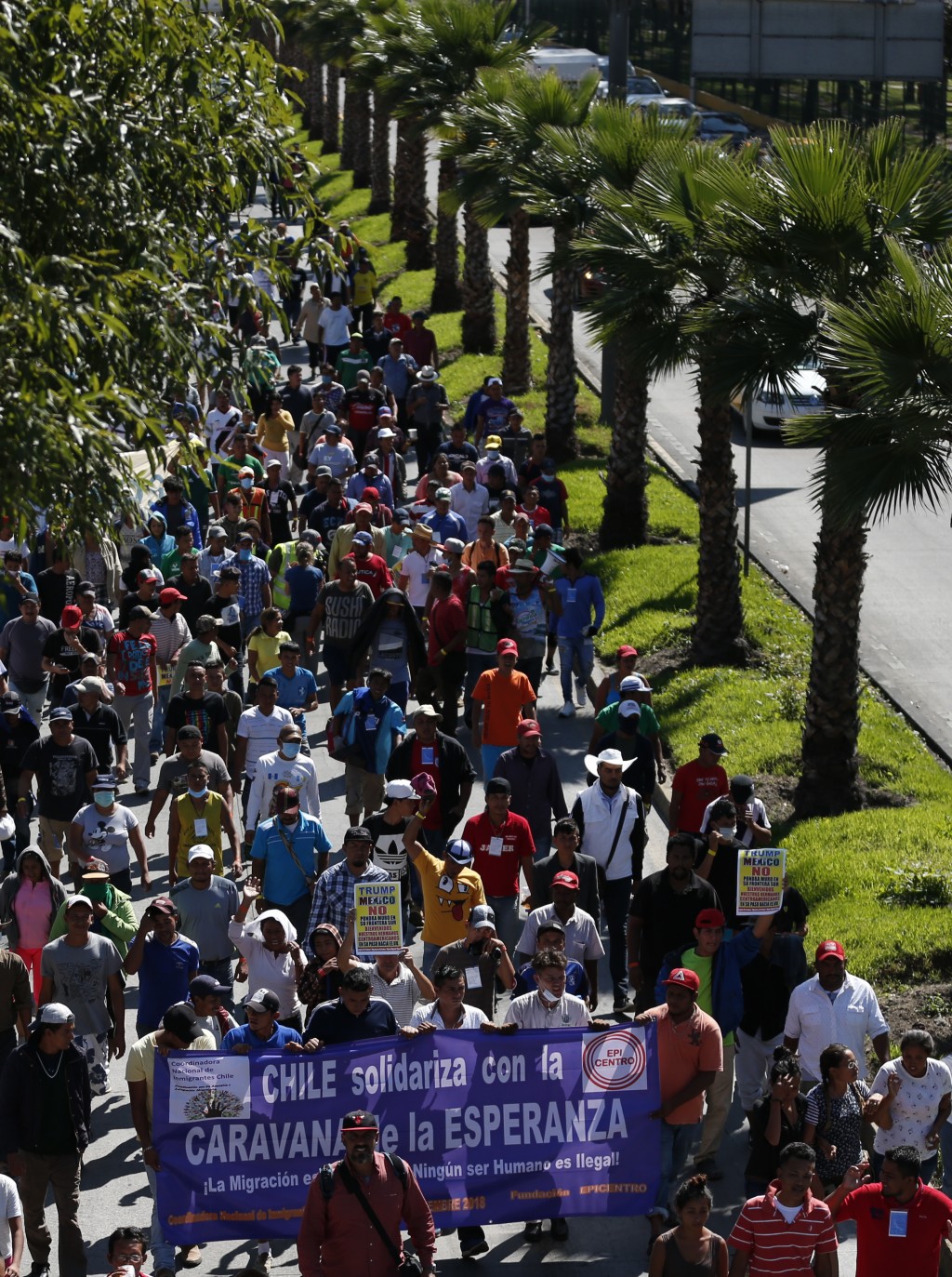 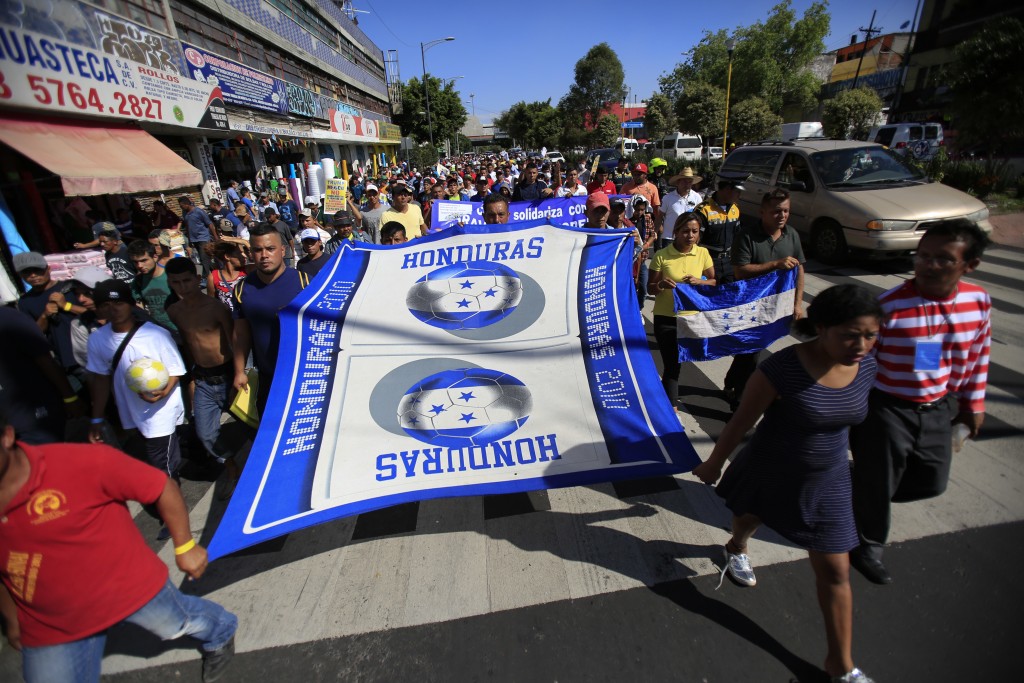 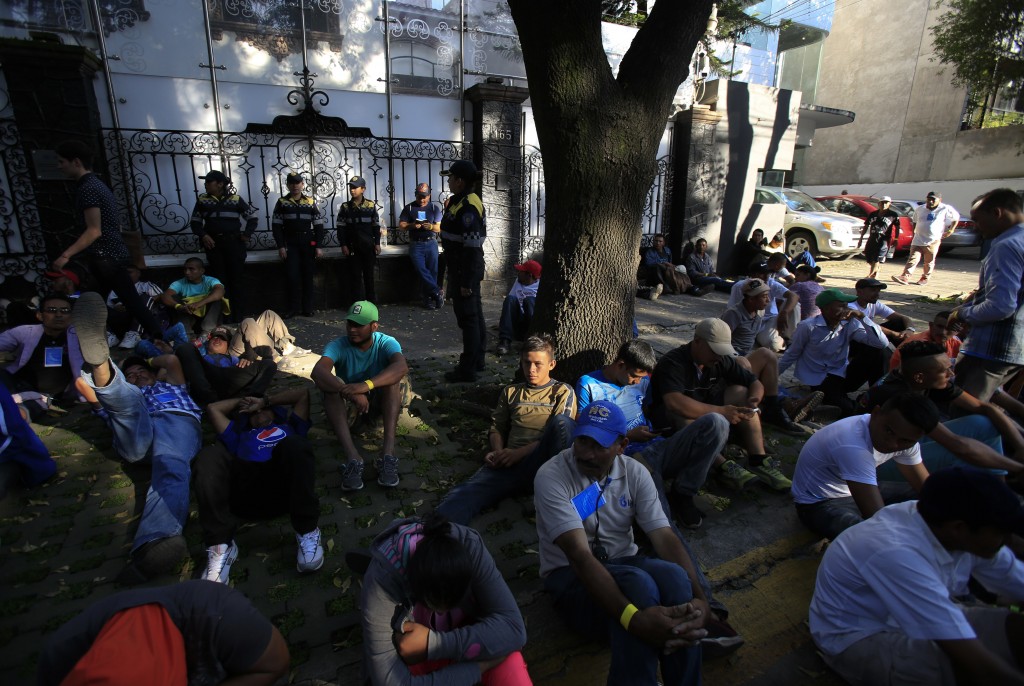 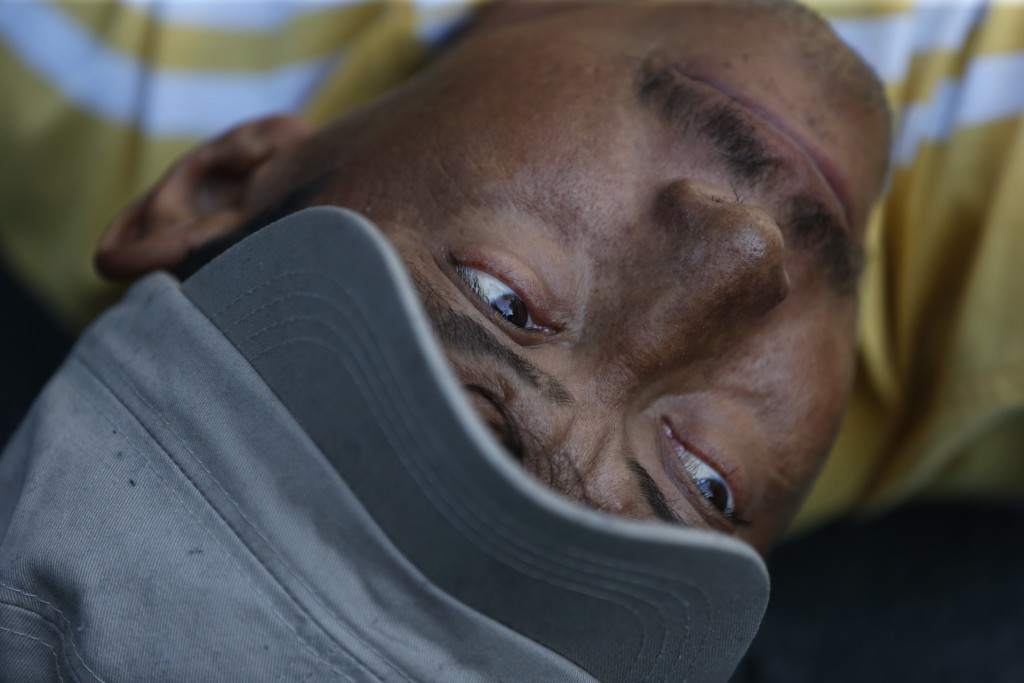 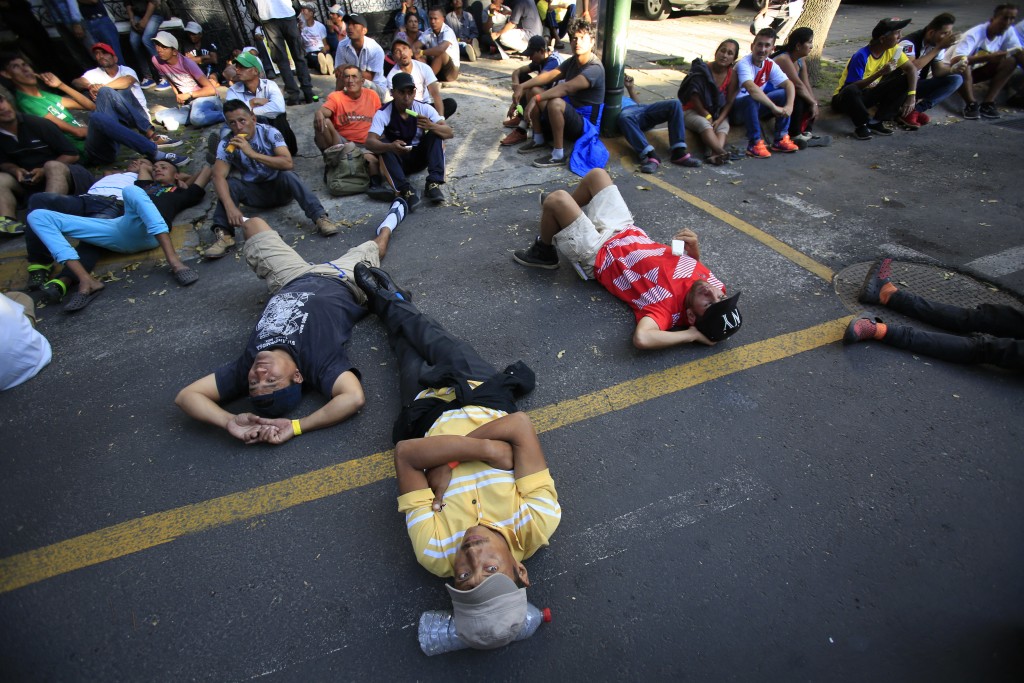 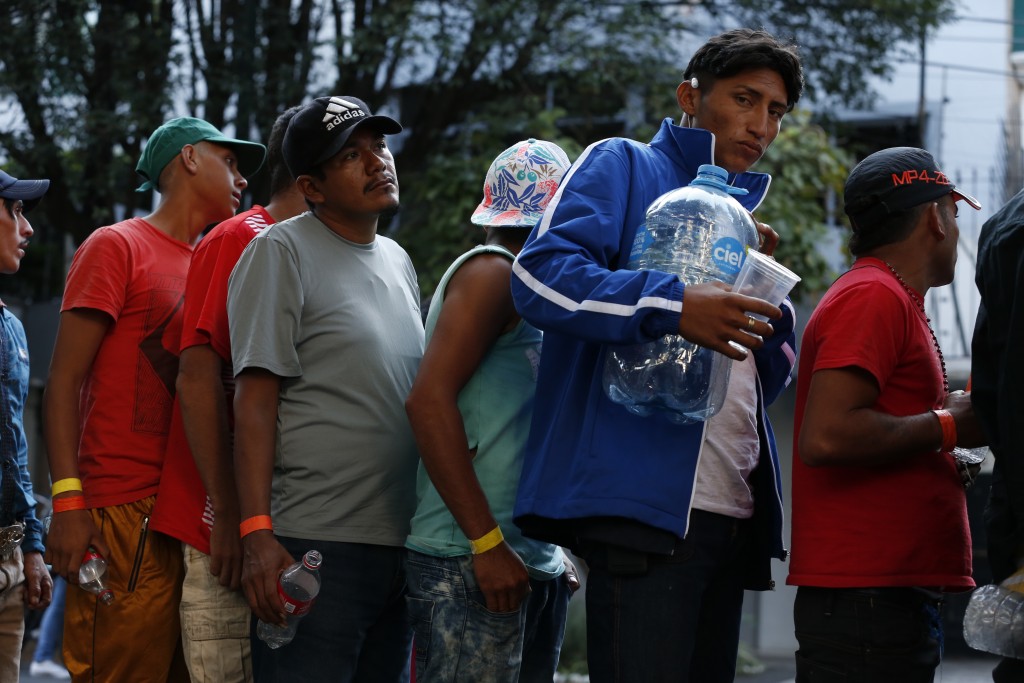 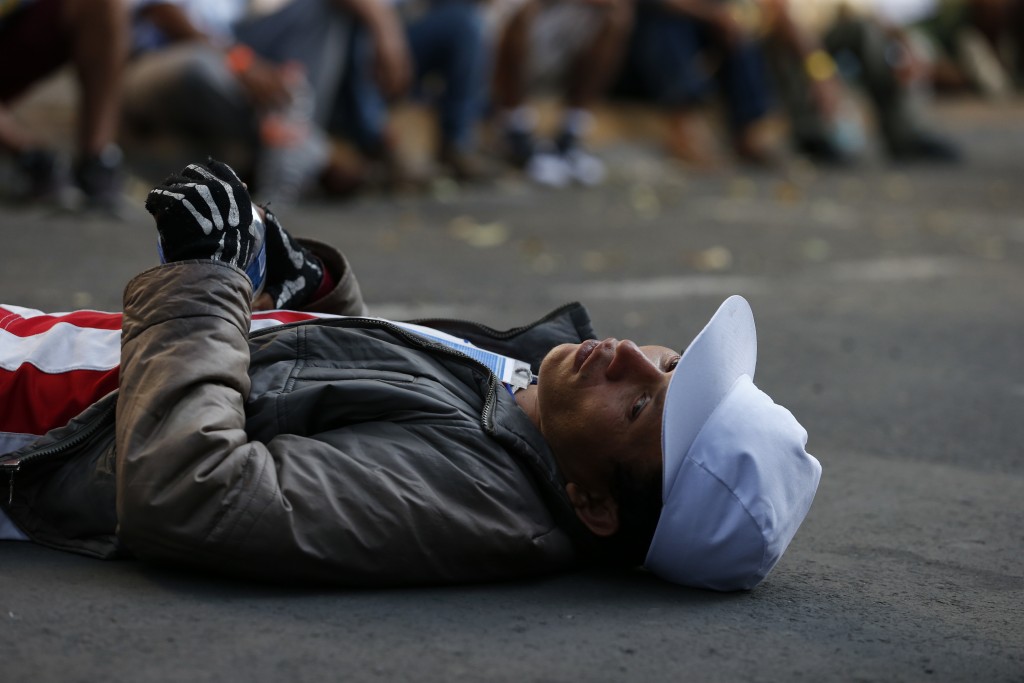 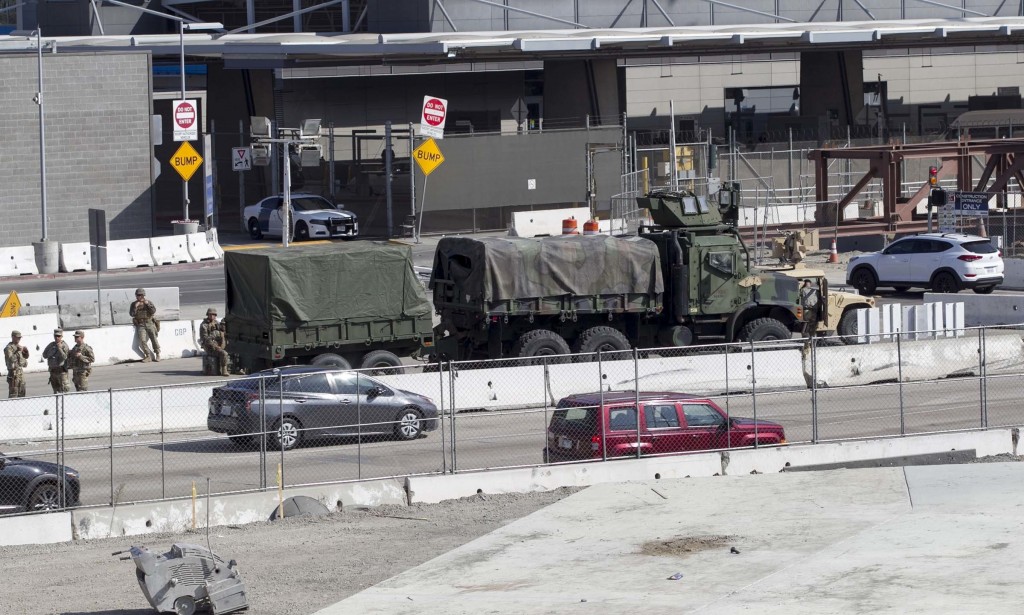 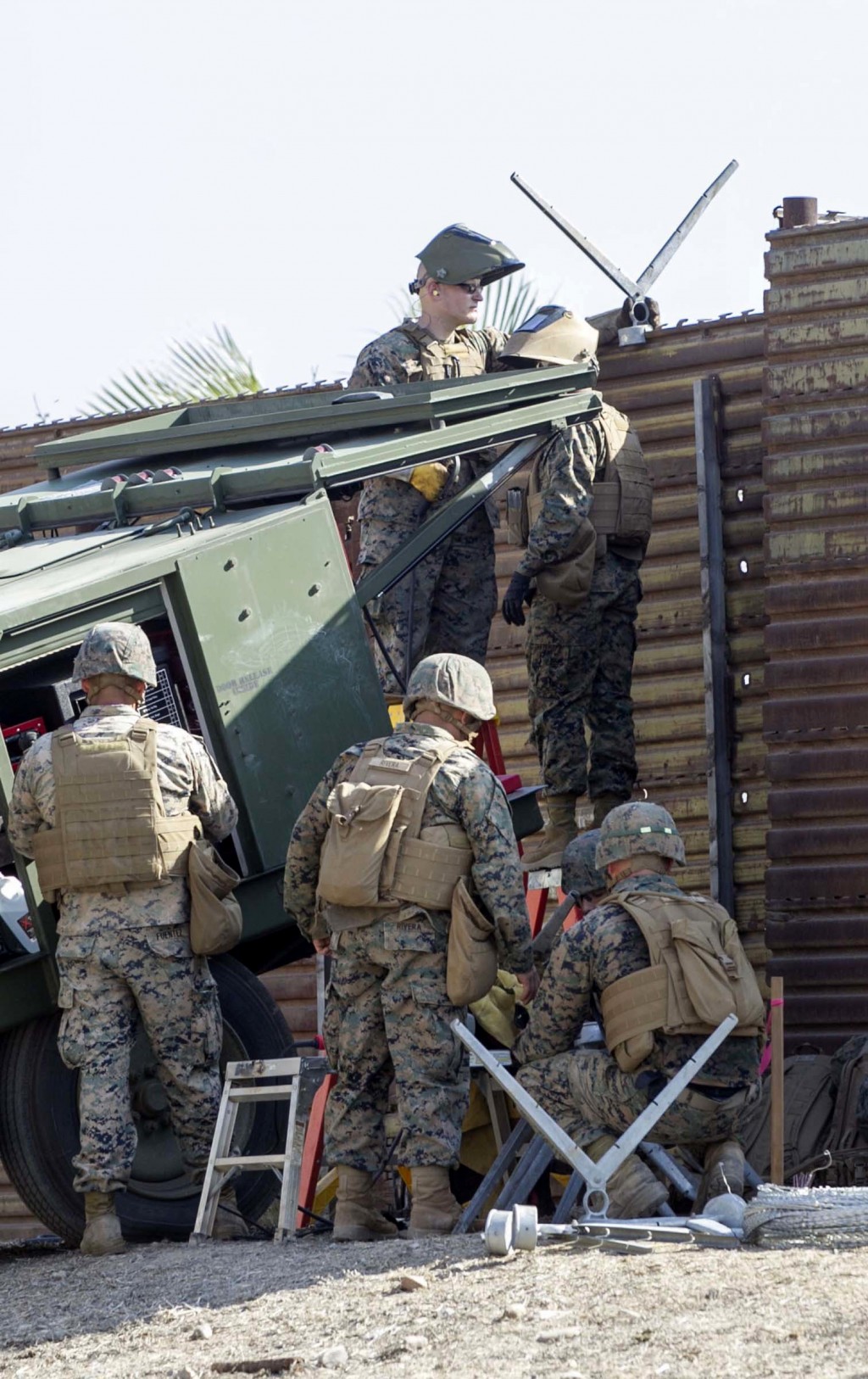 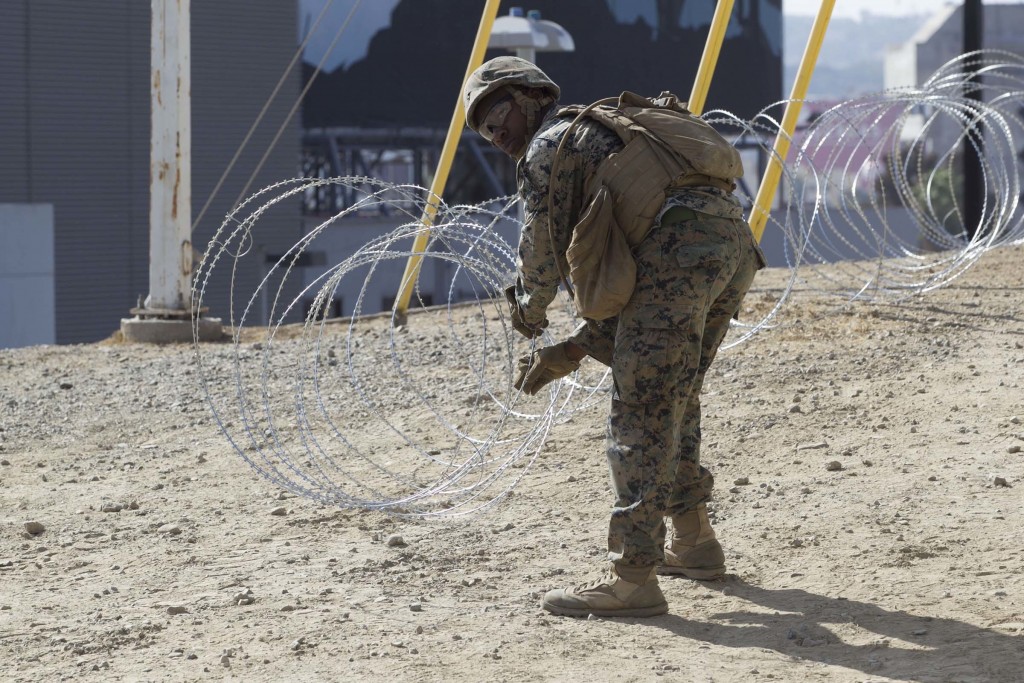 The decision was made late Thursday in a Mexico City stadium where roughly 5,000 migrants have spent the past few days resting, receiving medical attention and debating to how to proceed with their trek. It came shortly after caravan representatives met with officials from the local United Nations office and demanded buses to take them to the border.

Caravan coordinator Milton Benitez told the migrants that they were still waiting for a response. But he later told The Associated Press the officials had offered them buses for women and children only but organizers demanded that they be for everyone. U.N. representatives could not be immediately reached to confirm this.

The migrants held out hopes that buses would arrive for them Friday morning but decided to leave Mexico City even if they didn't.

"God, please let the buses arrive, but if not we will walk," said 18-year-old single mother Delia Murillo who left her girl in Honduras because she feared for her safety on the trek.

Addressing the assembly in the Mexico City sports complex, organizer Walter Cuello yelled: "Five in the morning Tijuana!" The migrants responded with enthusiastic applause and shouts. The plan was to walk to the central Mexican city of Queretaro on Friday.

Some migrants doubted the buses would arrive.

"There will be no buses," said Hector Wilfredo Rosales, a 46-year-old electrician from Olancho, Honduras, who was traveling with his 16-year-old son-in-law. "They have lied to us a lot but we will walk like we have done so far."

Mexico City is more than 600 miles from the nearest U.S. border crossing at McAllen, Texas, and a previous caravan in the spring opted for a much longer route to Tijuana in the far northwest, across from San Diego. That caravan steadily dwindled to only about 200 people by the time it reached the border.

"California is the longest route but is the best border, while Texas is the closest but the worst" border, said Jose Luis Fuentes of the National Lawyers Guild to gathered migrants.

Rosales said he would have preferred a shorter route "because there are a lot of women with children with us and it is going to be very hard." But he agreed with the decision to leave Mexico City and hoped people along the way would give them lifts.

The migrants said they wanted buses to take them to the U.S. border because it is too hard and dangerous to continue walking and hitchhiking. Benitez noted that it would be colder in northern Mexico and it wasn't safe for the migrants to continue along highways, where drug cartels frequently operate.

"This is a humanitarian crisis and they are ignoring it," Benitez said as the group arrived at the U.N. office.

The Central American migrants began their arduous trek toward the United States more than three weeks ago and were turned by President Donald Trump into a campaign issue in the U.S. midterm elections.

Mexico has offered refuge, asylum or work visas to the migrants, and its government said 2,697 temporary visas had been issued to individuals and families to cover them while they wait for the 45-day application process for a more permanent status.

But most want to continue on toward the United States. Authorities say most have refused offers to stay in Mexico, and only a small number have agreed to return to their home countries. About 85 percent of the migrants are from Honduras, while others are from the Central American countries of Guatemala, El Salvador and Nicaragua.

On Wednesday, a bus left from Mexico City to return 37 people to their countries of origin.

There have already been reports of migrants on the caravan going missing, though that is often because they hitch rides on trucks that turn off on different routes, leaving them lost.

The U.N. human rights agency said its office in Mexico had filed a report with prosecutors in the central state of Puebla about two buses that migrants boarded in the last leg of the trip to Mexico City early this week, and whose whereabouts are not known.

In Mexico City, the migrants received medical attention and humanitarian assistance, including food, water, diapers and other basics. They searched through piles of clothes and grabbed boxes of milk for children.

Marlon Ivan Mendez, a farm worker from Copan, Honduras, waited in line for donated shoes to replace the worn crocs he has used since leaving his country three weeks ago. He said he left because gangs were charging him rent to live in his own home.

Mendez said it wasn't fair that people talk of the migrants as criminals or bad people with gang members in their midst.

"It is not just that the good ones pay for the sinners," he said.